• Launch occurred over 10 years ago!

We are now only about 180 meters from the new mountain, Solander Point. We slowed down this week so that we could check out the rocks here where there is a strange hydration signature from orbital remote sensing. This is also an area that appears to have more large blocks in the HiRISE images, so we are checking out one of the blocks,  "Black Shoulder", doing APXS and MI. Then on Friday, July 26 we will probably be on our way to the northeast edge of Solander point. There, based on a team discussion we just had yesterday, we will sidle up to the contact between the mountain and the plains on the east side and move northwest to the very northern tip of Solander Point. There we will climb up onto the bench that characteristically outlines the base of the mountain. All sorts of geologically strange things appear to be converging there, so we will hopefully have time to hammer out the geology before beginning the Long Climb. Sometime, when you are in the field trying to understand something geologically complex, it pays to go to the area that is most complex. Sometimes not.  WE will see whhat we see here. This will be Opportunity's first mountain and the view from the ridge crest should be spectacular. But we are hoping that the rocks on the ridge crest will be spectacular, too. 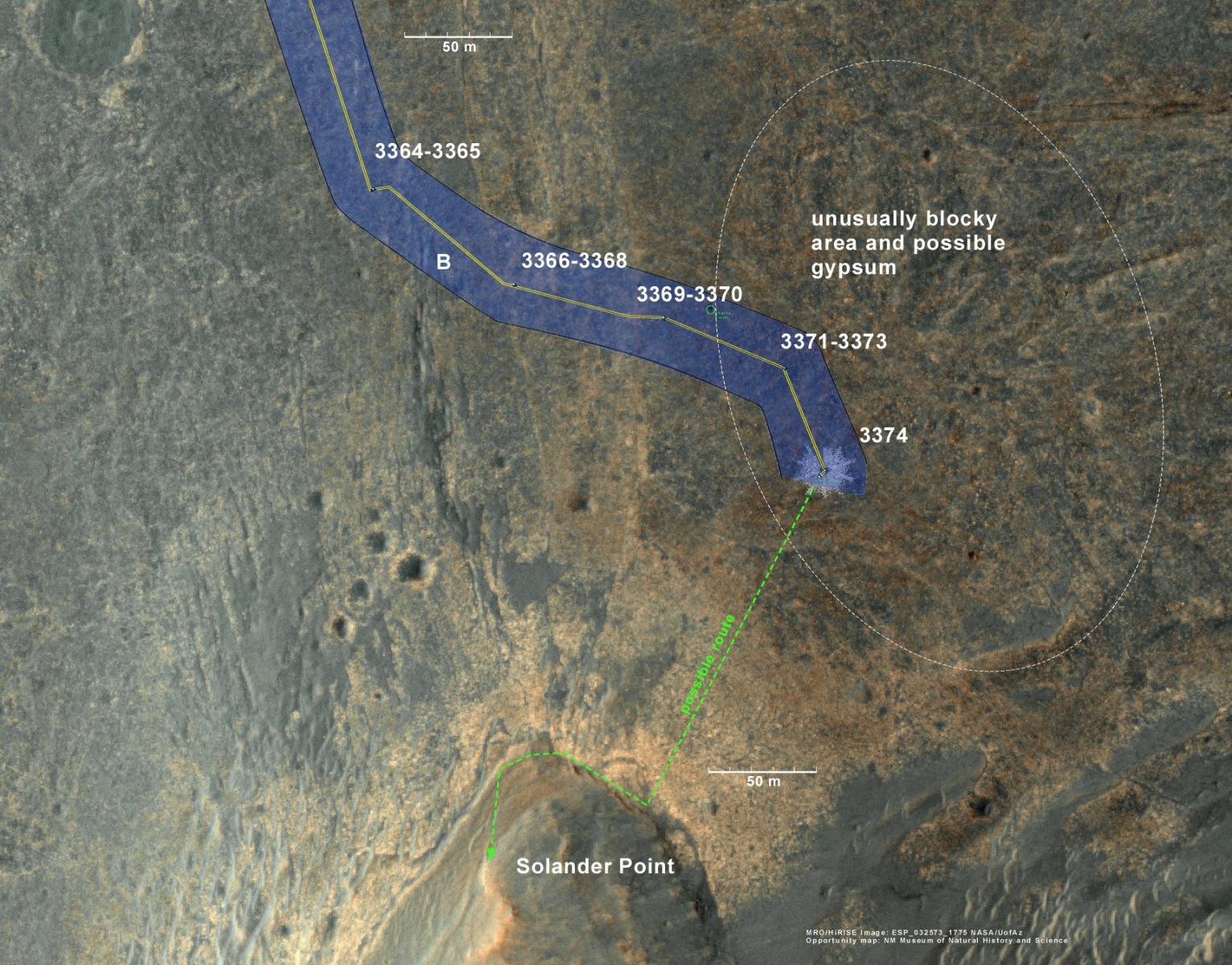 The location in the latest MRO/HiRISE color image. The green line shows more or less the route we hope to take to the base of Solander point. Since it is only a couple of hundred meters away, we could be there is a couple of drives. Maybe by the end of next week. The label say "3374" but this is also roughly the location through 3379. 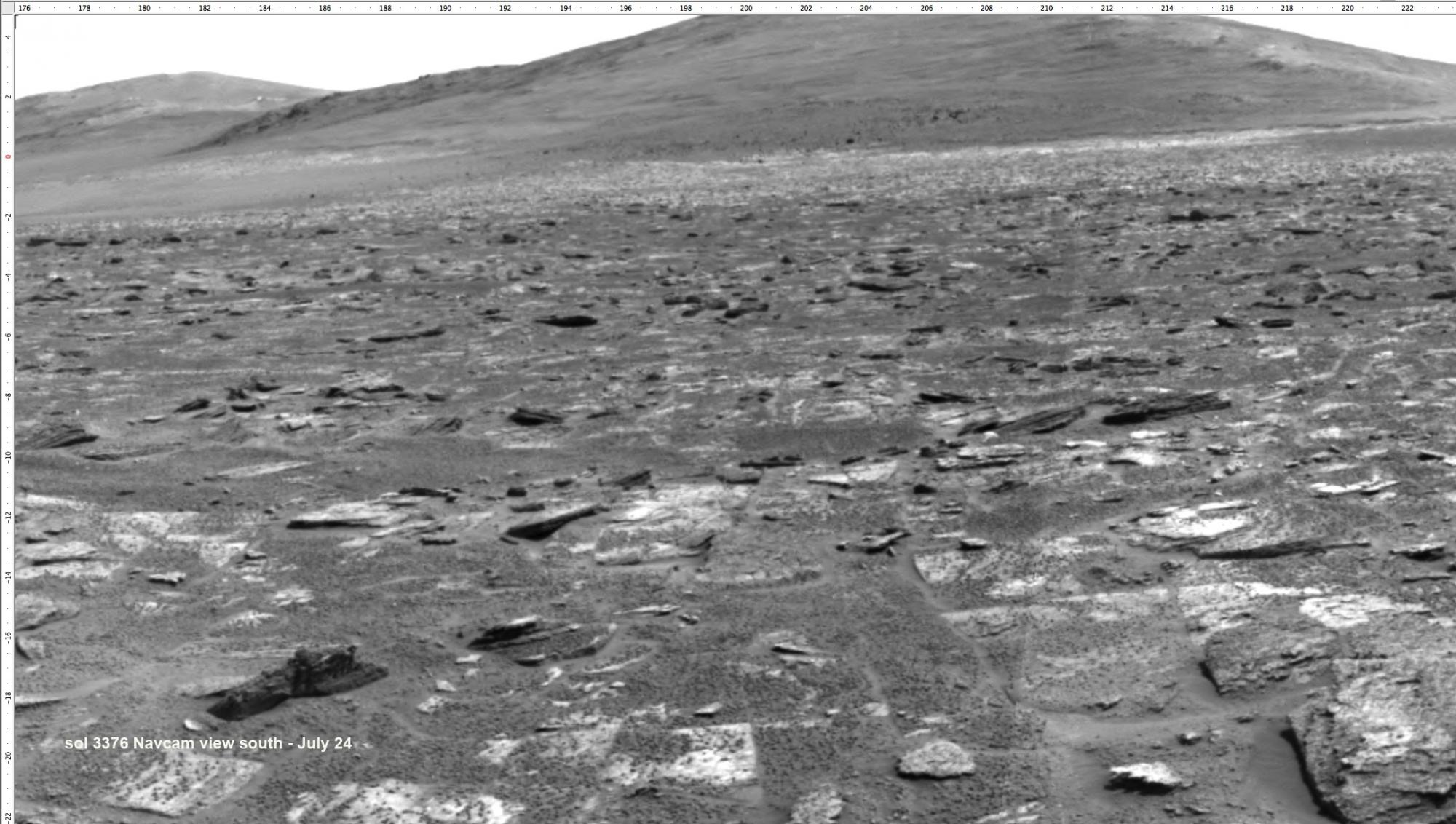 Lates Navcam mosaic. From the current location, this portion of the Navcam mosaic looking south along the interior of the crater rim gives some idea of the terrain. The view from here is, again, very familiar to any New Mexicans who have stopped at the Valles Grande overlook. Endeavour and Valles Calderas are both 20-plus kilometer diameter, one an impact crater and the other a volcanic caldera. 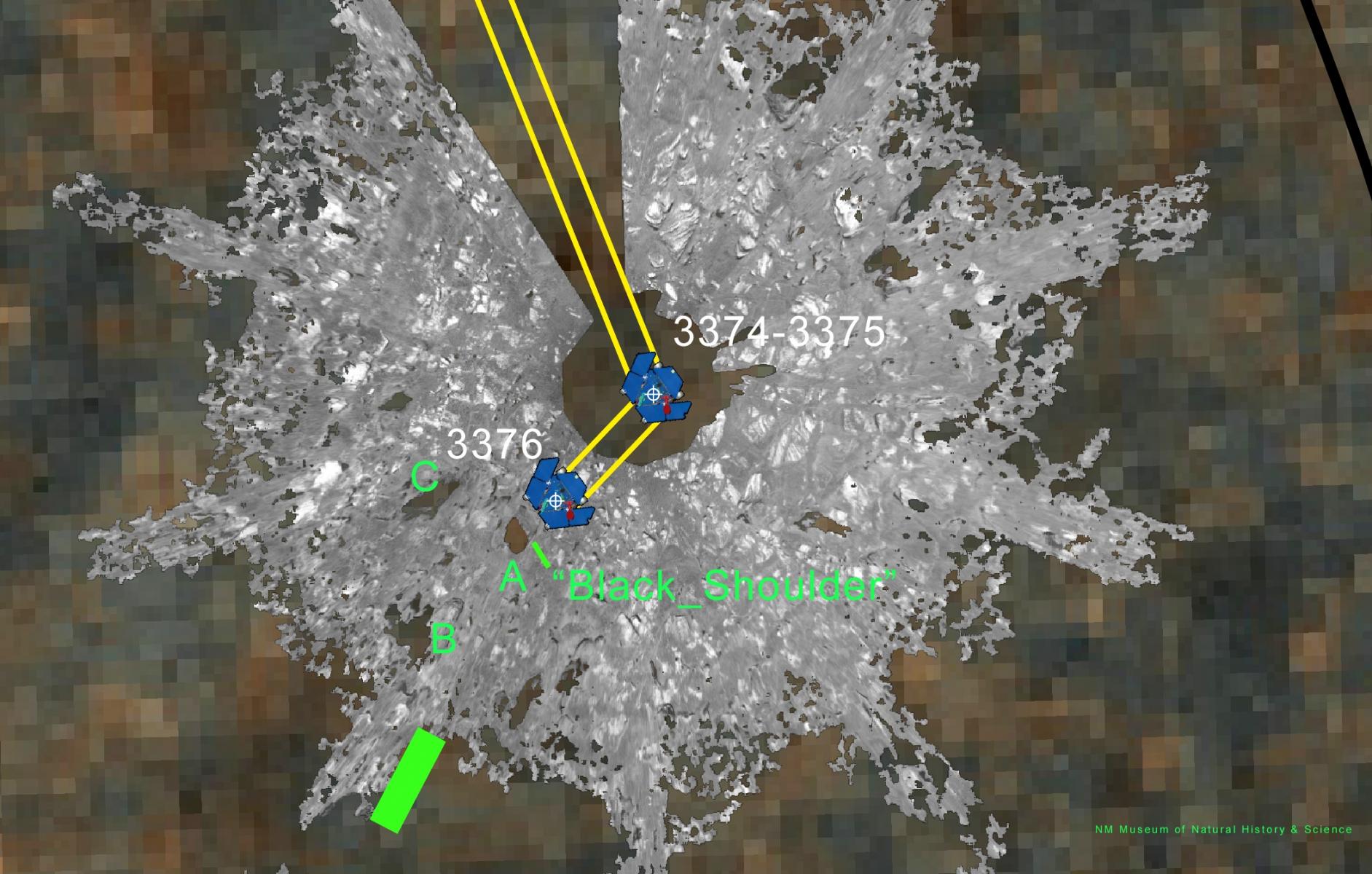 The short 3 meter drive earlier this week. This is an overhead projection of the Navcam mosaic and shows the short drive that was done about Tuesday in order to reach the rock target "Black Shoulder". 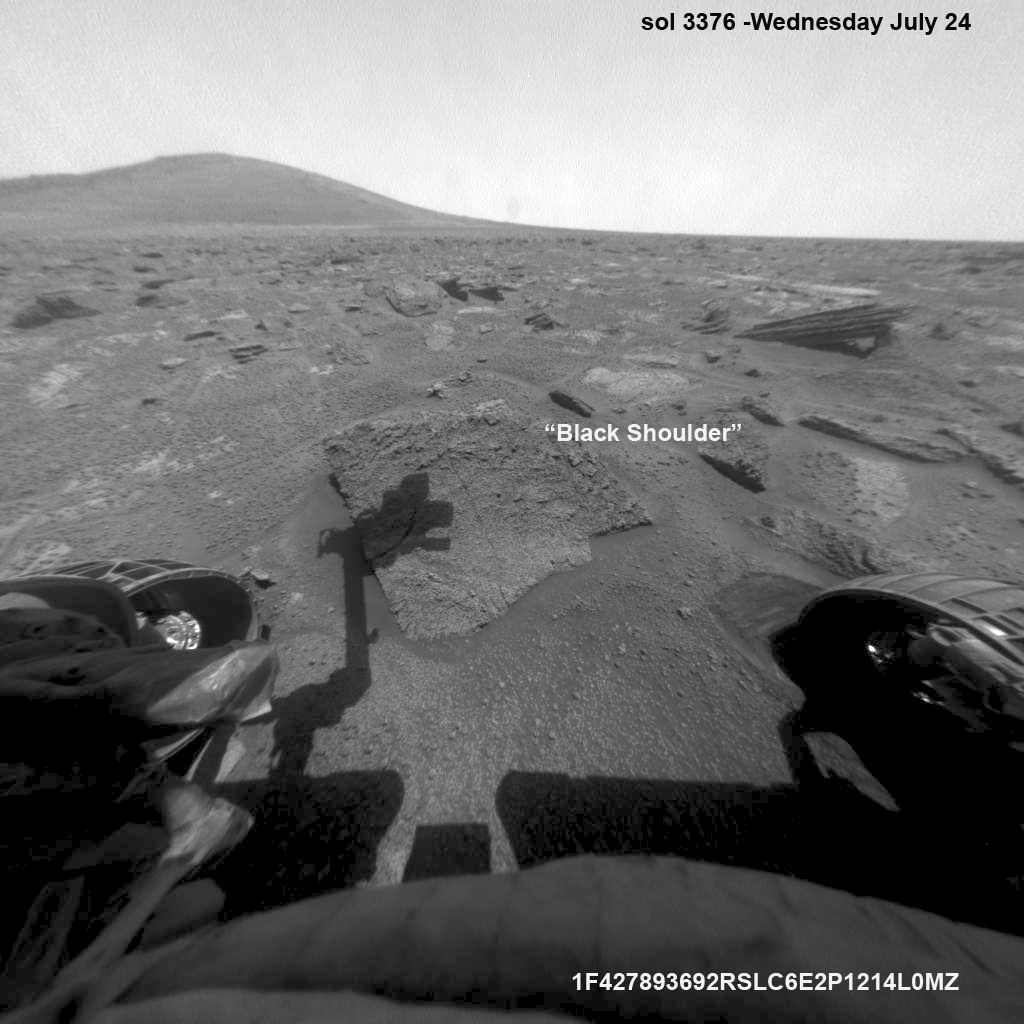 The "work volume". This view from the front hazcams shows the rock target that is being checked out before the final slog to the south. With luck, by the end of next week we will be plinking around the base of yonder mountain. "Plinking" is a geological term for wandering around with your hammer trying to get a handle on the local outcrops before plunging ahead with mapping and asking the rocks serious questions.