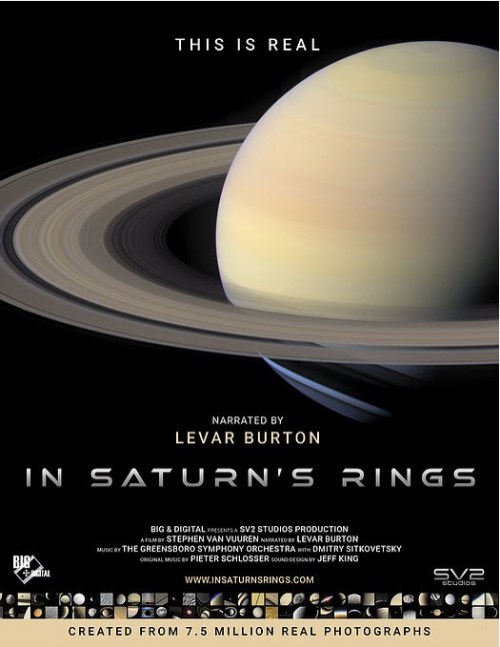 In Saturn’s Rings is a groundbreaking giant-screen movie adventure that takes audiences on a space exploration journey of the mind, heart, and spirit, from the Big Bang to the awe-inspiring rings of Saturn. Narrated by LeVar Burton, In Saturn’s Rings is created entirely of more than 7.5 million stunning images of Saturn, the Milky Way, and the Universe taken by Hubble, Cassini, and other NASA space telescopes looking deep into the past. In some scenes, a single photograph is used per frame, but many frames are a giant collage of thousands of photographs seamlessly joined. This independent documentary film is animated to full-motion without CGI, 3D modeling, or simulations.