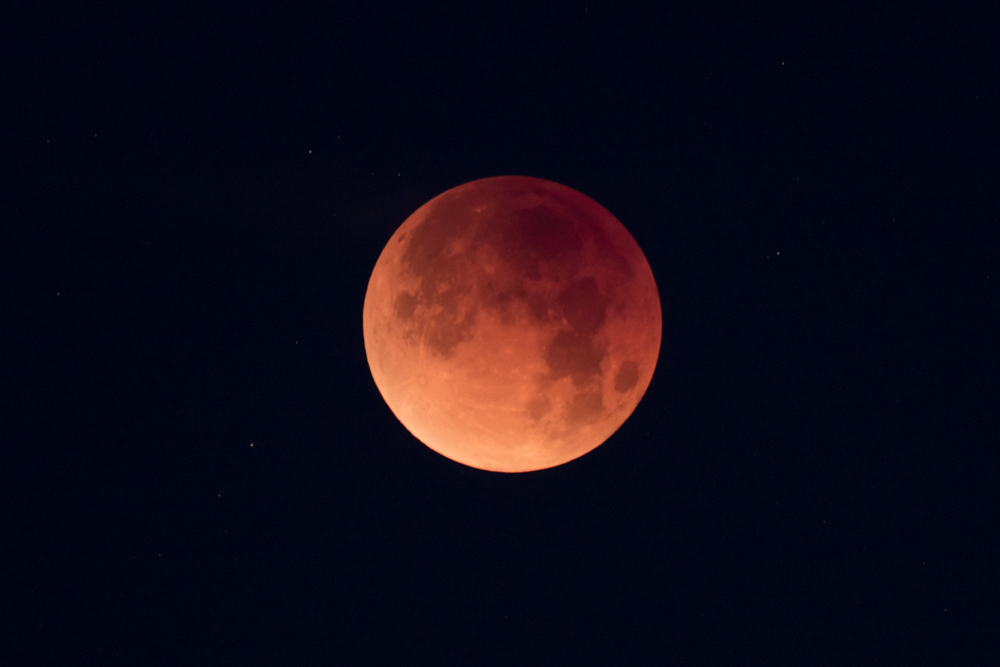 Join the New Mexico Museum of Natural History & Science on the evening of Sunday, May 15 to catch the first total lunar eclipse that will be visible in New Mexico since 2019.

If the skies are clear on May 15, the museum will be hosting an eclipse viewing party, with doors opening at 8:45 p.m. Although the eclipse can be easily seen in the sky, telescopes on the museum’s front plaza and upstairs decks will provide closeup views of the moon’s signature red hue that signifies a lunar eclipse.

Streaming video of the eclipse from professional observatories will be shown at various places between the observing locations and fun paper activities and information about the moon will be provided on table displays. Additionally, live planetarium presentations will explain how eclipses happen and why this one is special.

Unlike some lunar eclipses, the moon will move deep into Earth’s shadow on May 15. While the eclipse will technically be in progress when the moon rises at about 8 p.m., the action won’t really begin until the moon moves into the darker, inner part of the shadow, called the umbra, and then begins to disappear. When the eclipse reaches totality, the moon turns dark red, as sunlight refracted around the edges of the Earth through the atmosphere make the shadow that color, as with sunrises and sunsets. Additionally, the moon will be slightly larger in the sky since it will be near its closest orbital position.

Admission will be by donation and the event will end at 11:30 p.m.  Only a part of the museum building will be open to allow access to the observatory and planetarium and none of the exhibits will be available.

See the exact times for all the stages of this eclipse from Albuquerque on this site: https://www.timeanddate.com/eclipse/in/usa/albuquerque  The web page also allows for searches of times for other locations if you’re elsewhere in the state.