The process of extracting dinosaur fossils from the rock matrix that has encased them for millions of years is featured in the FossilWorks exhibit at the Museum. 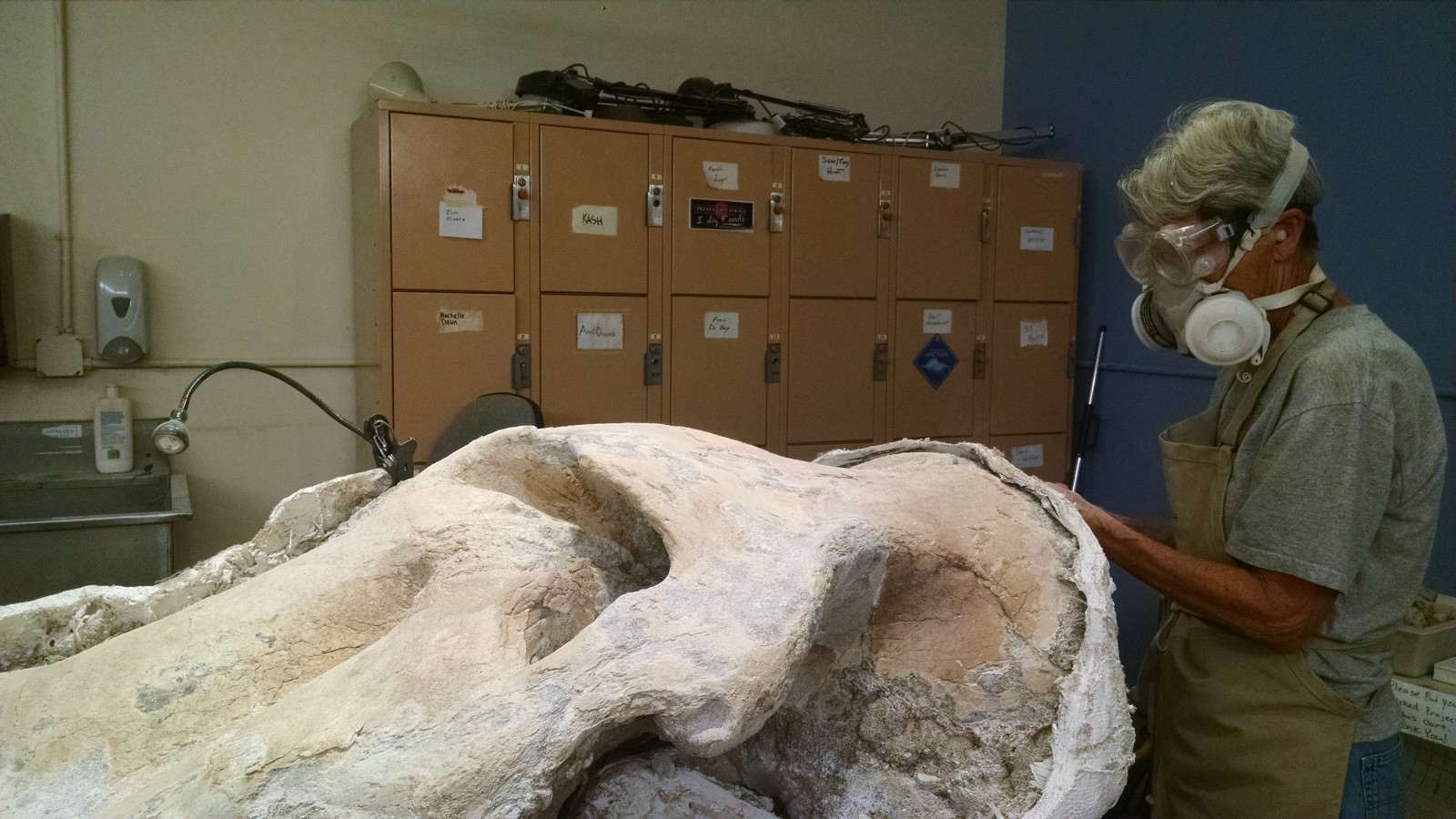 FossilWorks is a public display area in which trained volunteers demonstrate the painstaking process of paleontological preparation.

The first dinosaur fossil prepared in FossilWorks was Seismosaurus, a New Mexico native from the Jurassic Period (150 million years old). These bones are now on display in the Jurassic Hall.

Volunteer preparators must complete a special training course to work in FossilWorks, which was funded through an appropriation from the New Mexico State Legislature. Presently Fossilworks focuses on another Jurassic site, the Peterson quarry, located on BLM land in central New Mexico. A father-son team, the Petersons first discovered the site in the 1960s. Since 1989, they have led dozens of excavations at the site, pouring in thousands of volunteer hours to excavate almost 70 jackets containing dinosaur bones and teeth. The most dramatic specimen from the Peterson quarry is a partial skeleton of the giant (40 ft/12 m long theropod Saurophaganax. This partial skeleton was first prepared in Fossilworks and is now on display in the museum's Age of Supergiants (Jurassic) exhibit.

Besides the actual fossil preparation work, the exhibition features text and illustrations about fossilization, Jurassic Period dinosaurs, and preparation.