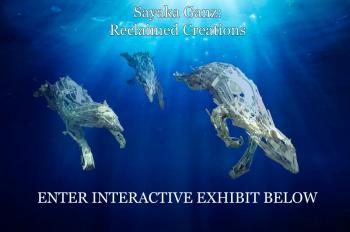 Take a virtual tour of Sayaka Ganz: Reclaimed Creations.  This installation was at the New Mexico Museum of Natural History and Science in 2020.

The NEW Tree of Life

For a century after Charles Darwin published The Origin of Species in 1859, scientists could compare only physical features to describe evolutionary lineages. The picture that resulted was often illustrated as a Tree of Life.

In 1953 James Watson and Francis Crick discovered the structure of DNA – the molecular basis of genes – and showed how they encode the instructions that determine the form of every organism. Now, decades later, powerful new technologies permit comparisons of DNA and RNA, yielding detailed, objective information on the evolutionary connections between organisms. This has led to development of a new, genetically based Tree of Life, which allows deeper insight into the evolution of species than their physical features alone.

But tracing the evolution of the billions of organisms and species that have existed on Earth over billions of years will be a never-ending process in which the Tree of Life itself will evolve continuously and, along the way, provide important clues to life’s origin.

Do you want to help Bio Al grow algae that can be turned into biofuel?

New Mexico is the ideal place for doing bioalgal research. With constant sunshine and wide open spaces, we can grow a lot of algae quickly so that it will cost less than other types of fuel.

There are a lot of ways to grow algae, and lots of different types of algae to grow. The challenge is to make it cheap to grow algae so that it will cost less than other types of fuel. 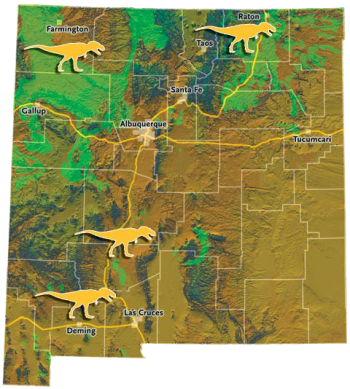 Fossils of tyrannosaurs—Tyrannosaurus rex and its relatives—have been discovered at several places around New Mexico. 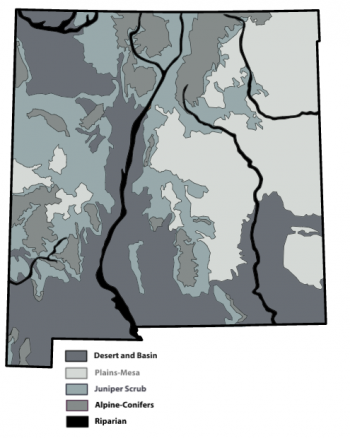 New Mexico has an extremely high diversity of plant and animal groups. For example, New Mexico ranks second in number of species of native mammals (151) after California (161, not including marine mammals), which is 1.3 times larger in area. New Mexico's biological diversity is a result of its location, topographic and geologic diversity, and time, especially the last 700,000 years.

The Volcanoes of New Mexico 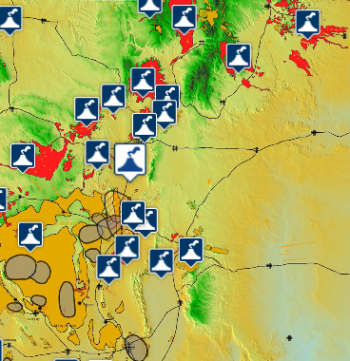