The Perseverance mission to Mars follows up on the tremendous success of previous rover missions to Mars.  Perseverance will rove through sediments deposited by a river in the ancient past on Mars in search of actual signs of past organic materials associated with life. It will test exciting new technologies such as a Mars helicopter and a method for the production of oxygen necessary for future human missions to Mars. This will be the last great Mars surface mission for several years and promises to be a grand geological field trip.

The New Mexico Museum of Natural History & Science uses the MicroObservatory program during summer camp classes called Planetarium Producers.  The camp is designed for children entering grades 7-9.  Each participant has one week to ac

Take in a special planetarium show, look through our 16" observatory telescope, or learn about space at one of our special Space Science themed events! 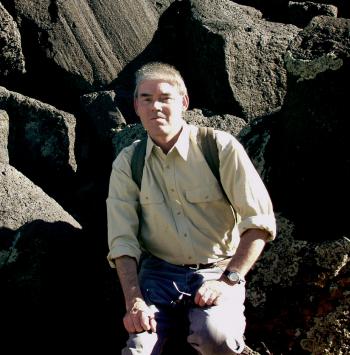 I do research on two distinct topical areas, volcanology and planetary geology. My volcanology research makes use of the diverse, abundant, and young volcanoes and volcanic landforms of New Mexico to understand how volcanoes work. My research in planetary geology focuses on solar system exploration using the field geologic methods we use here on Earth and geologic analogs here in New Mexico. I am an active member of the Mars Exploration Rover Science Team where I am pioneering the use of field geology on Mars. I have participated in other NASA planetary missions over the years, including Viking, Pathfinder, and Mars Exploration Rover missions and Magellan synthetic aperture radar mapping missions to Venus.