Fossils of tyrannosaurs—Tyrannosaurus rex and its relatives—have been discovered at several places around New Mexico. Click on any of the silhouettes on the map below to learn more about the tyrannosaur fossils known from that part of New Mexico. 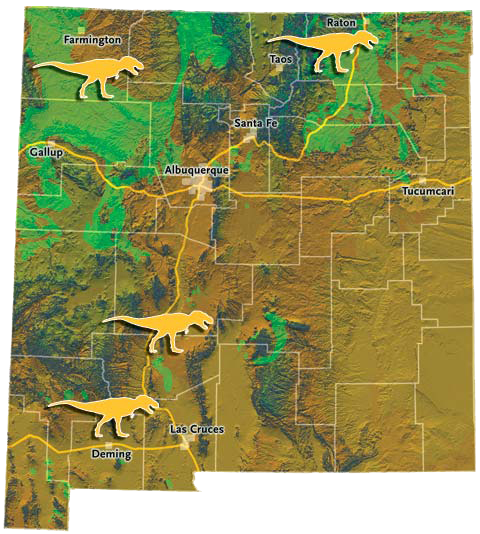 Green areas show the location of rocks that date back to the Cretaceous period—when tyrannosaurs roamed New Mexico. 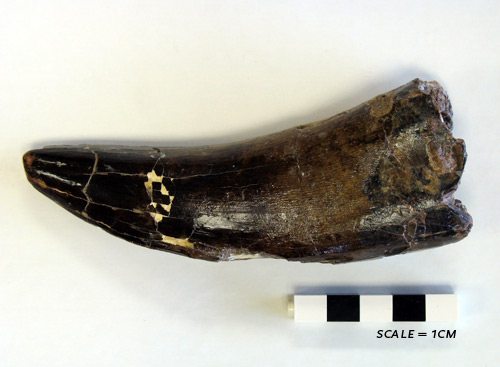 The most complete fossils come from the San Juan Basin in the northwest corner of New Mexico.

NMMNH P-13000, a tyrannosaur tooth from the San Juan Basin 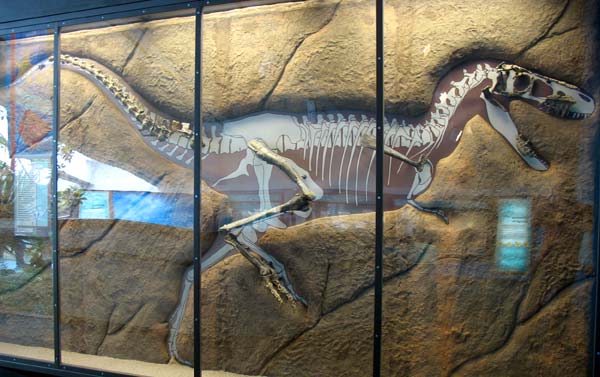 This partial skeleton comes from a young Daspletosaurus that was probably only a few years old when it died. 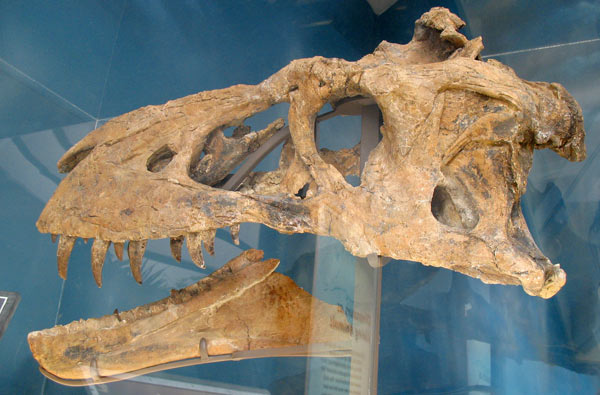 A new species of tyrannosaur was discovered in the Bisti/De-na-zin Wilderness Area near Farmington. Museum paleontologists refer to this predator as “The Bisti Beast.”
The skull and jaw of “The Bisti Beast” 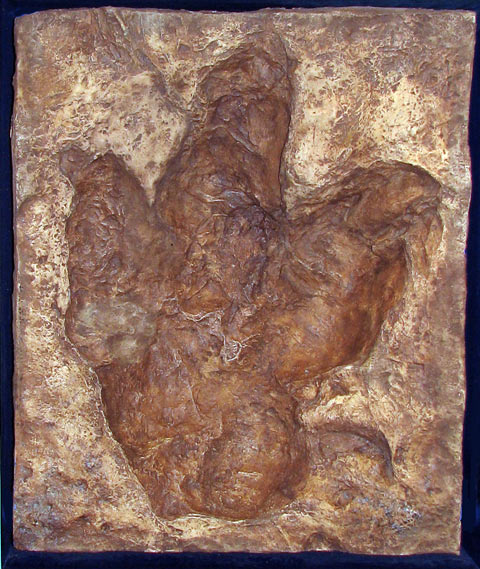 One of the few fossils of Tyrannosaurus rex reported from New Mexico, a lower jaw, was found near Elephant Butte Reservoir.

The partial jaw of T. rex from Elephant Butte.

In 1983, members of a Las Cruces sailing club stopped on the eastern shore of Elephant Butte Reservoir and discovered a tooth. The jaw was collected and became one of the first fossils donated to the Museum. Rising water levels prevented the collection of all the fossil material until 2002, when, at the height of a drought, the New Mexico Museum of Natural History and Science collected the remaining skull fragments. 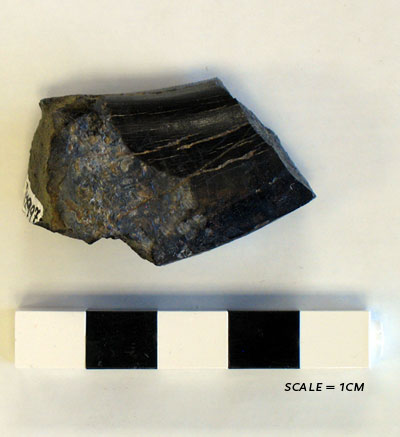 This tyrannosaur tooth was found in Cretaceous rocks near Deming, New Mexico

A tyrannosaur tooth from the Deming area.