Several sols ago Opportunity made it up and past the steepest section of its climb out of Endeavour crater. Slopes that were exceeding 20 degrees or locally more, went to less than 20 degrees. Then in the last couple of drives slopes have dropped a little more. This is a big relief because Opportunity had been exploring deep inside the Endeavour crater rim where the slopes were approaching the angle of repose of loose materials. It was not entirely certain that it could drive out. There was one place were drives were just digging in because the slopes were too steep. These are slopes that you would have difficulty standing upright on. The view southwest now and ahead is of the crater rim. Opportunity is about to do the impossible and escape from inside a 22 km impact crater. And the things we just saw down in there have never been seen before. This is natural history exploration at its finest.

1.Model rover placed in the current Navcam panorama. Compare this with the slopes a few reports ago. The world is no longer tilted. 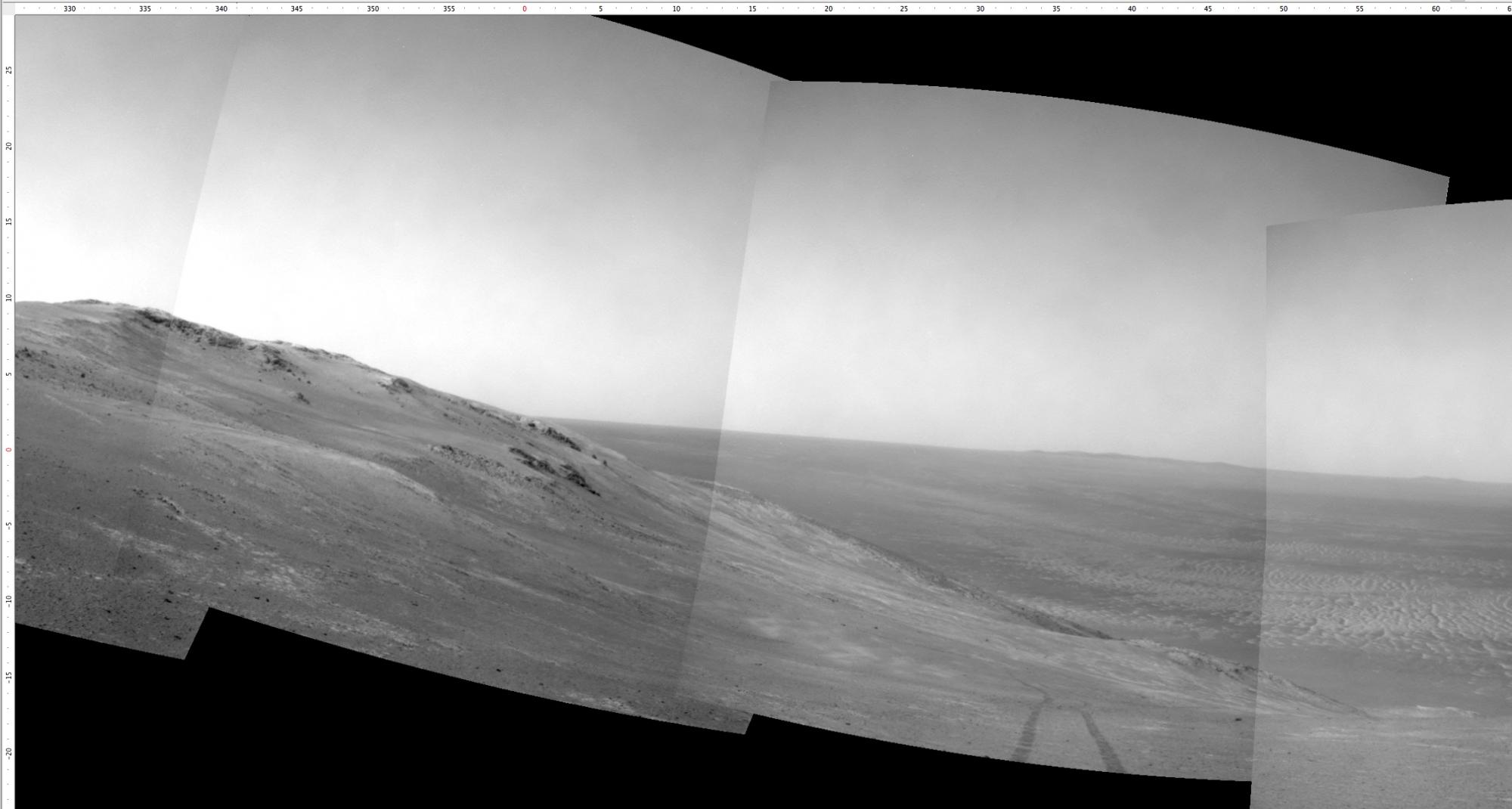 2. The same view in the current Navcam panorama. You are looking back in the direction that Opportunity just climbed. Beyond that little outcrop at an azimuth of 45 degrees, the walls dip steeply toward the crater floor and the tracks drop out of sight. And it gets even steeper the further down slope you go. Opportunity just ascended that. 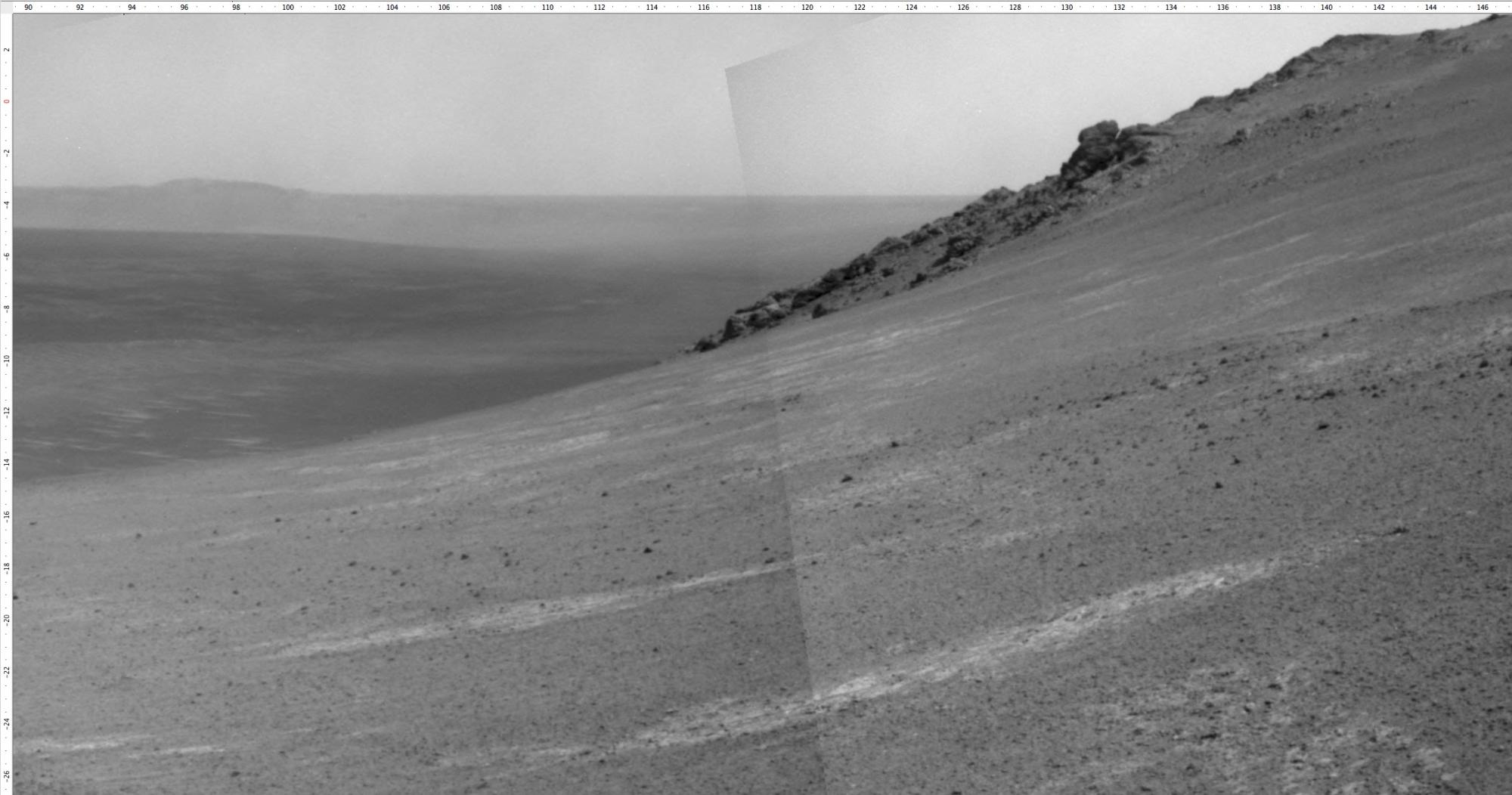 3. In the view southeast you can see the far crater wall in the horizon and steeply-dipping impact breccia outcrops on the near rim just a hundred meters or so away. The slopes here are practically flat compared with what Opportunity has been experiencing over the last few months lower down inside the crater. 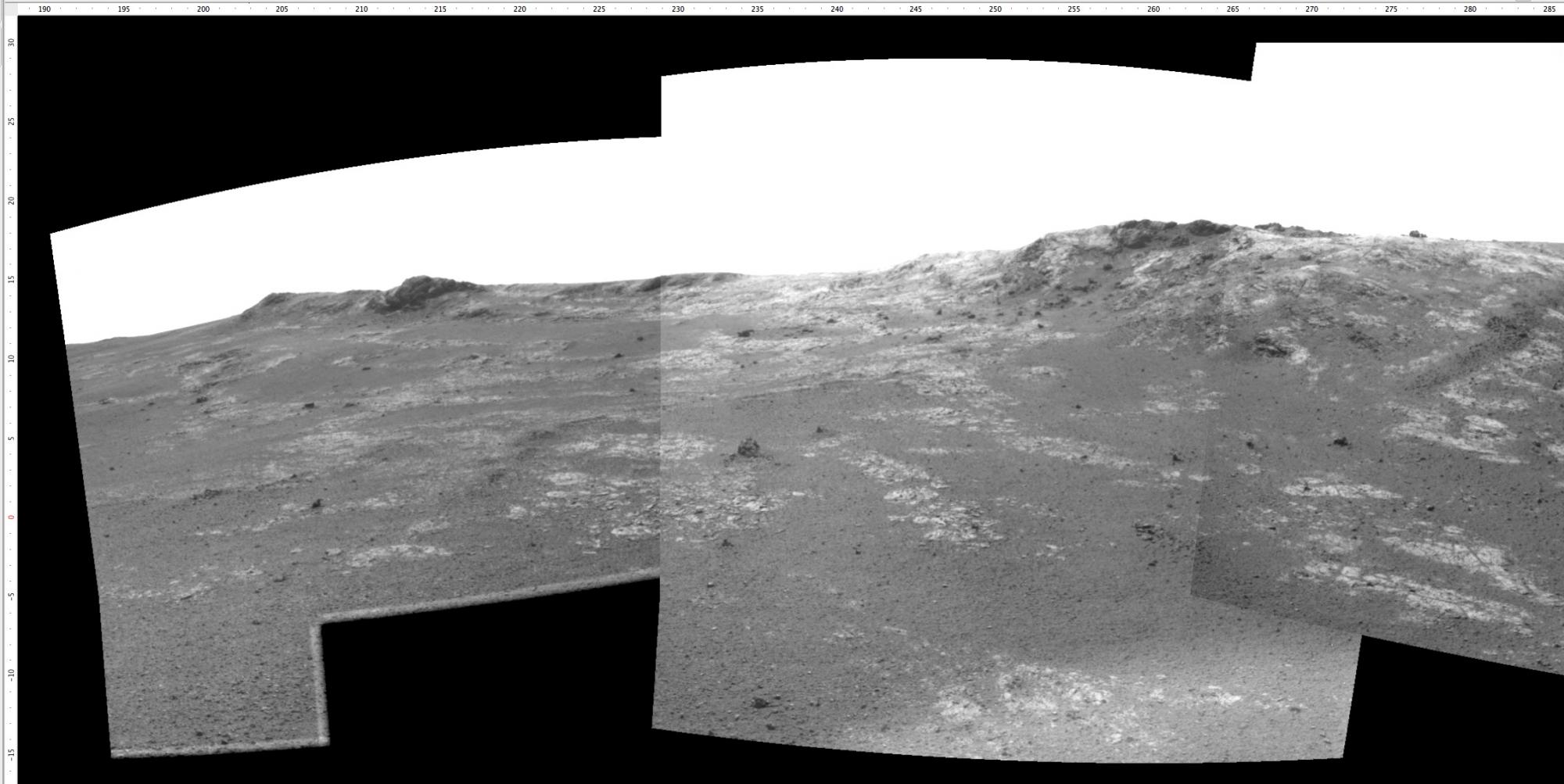