We on the MER Opportunity science team are currently doing an “outcrop walk” with Opportunity on the slopes of Cape York, a small residual part of the rim on the 20+ km diameter Endeavour crater, Mars.  This part of Cape York where we are currently exploring is where we have evidence for ancient clays and we would like to examine them. On Earth, when mapping the geology of an area, a geologist often walks around getting a general feel for what outcrops are present and what particular outcrops will be the best for sampling or for testing  a particular hypothesis. So with Opportunity we are doing a loop and then deciding where to spend our time analyzing an outcrop. As we drive along with Opportunity, I map out the geologic contacts and try to match them up with features a “base map” that consists of an MRO/HiRISE image of Cape York and the western rim of Endeavour  Crater.

I suggested a loop that took us through all of the important areas of outcrop that are detectable from MRO/HiRISE images, going up hill along the ridge vrest and then back down nd eventually returning to the starting point. Along this traverse we are acquiring 360 panoramas with the Navcams as well as detailed color Pancam images of possible targets of interest. Some interesting and strange rocks and alterations have been detected, and we may check them out later. But first we need to complete the loop. We are about half-way through the lop. Who knows what we will see on the next drive. It’s all unexplored terrain. Nobody has ever been here before!

Below are some images to show where we are and what we are doing.

Opportunity is currently exploring a small ridge, Cape York, that is a remnant of a large impact crater dating from early Mars geologic history. The crater (Endeavour crater) is about the size of New Mexico's Valles caldera 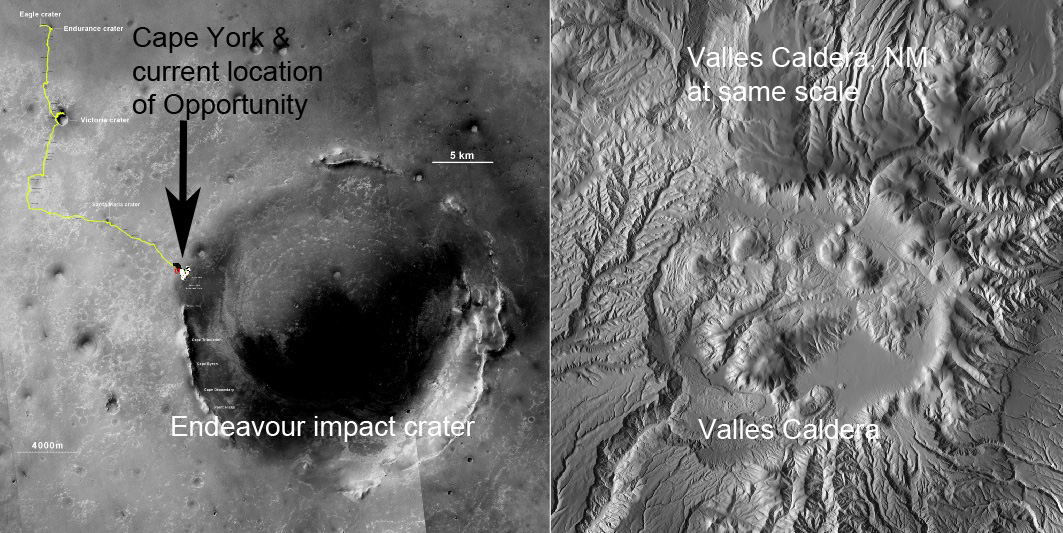 We have been exploring along the margins of Cape York since sol 2681. This map shows the traverse north and around the north top of Cape York, and the drive south along the east side. About half-way down the side we directed Opportunity into the interior in search of outcrops of clay minerals. 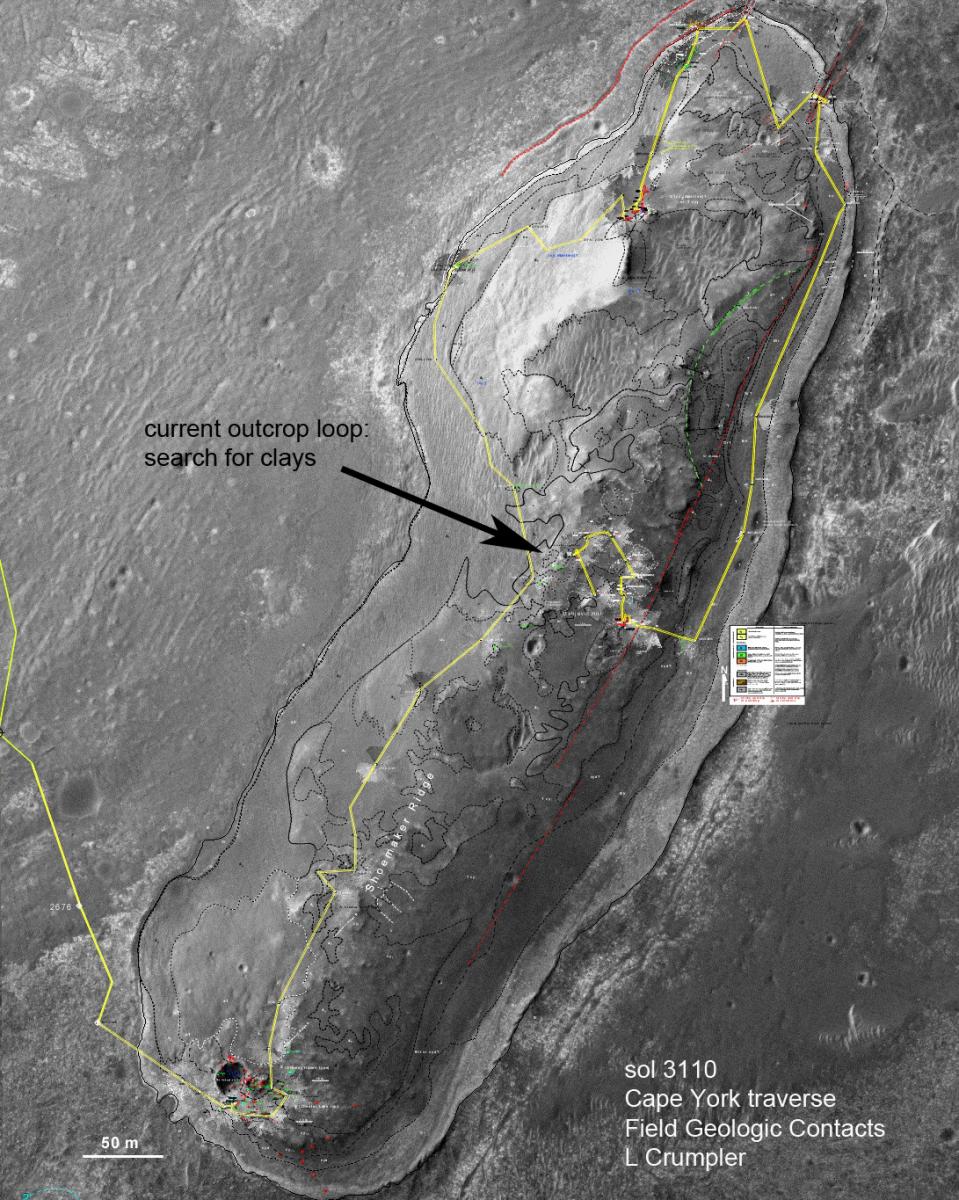 Each stop is enclosed by a vertically projected version of the 360 Navcam panoramas (grayish blocthes). These provide details at cm-scale to better understand the regional outcrops  mapped in the MRO/HiRISE image used a s a base map. 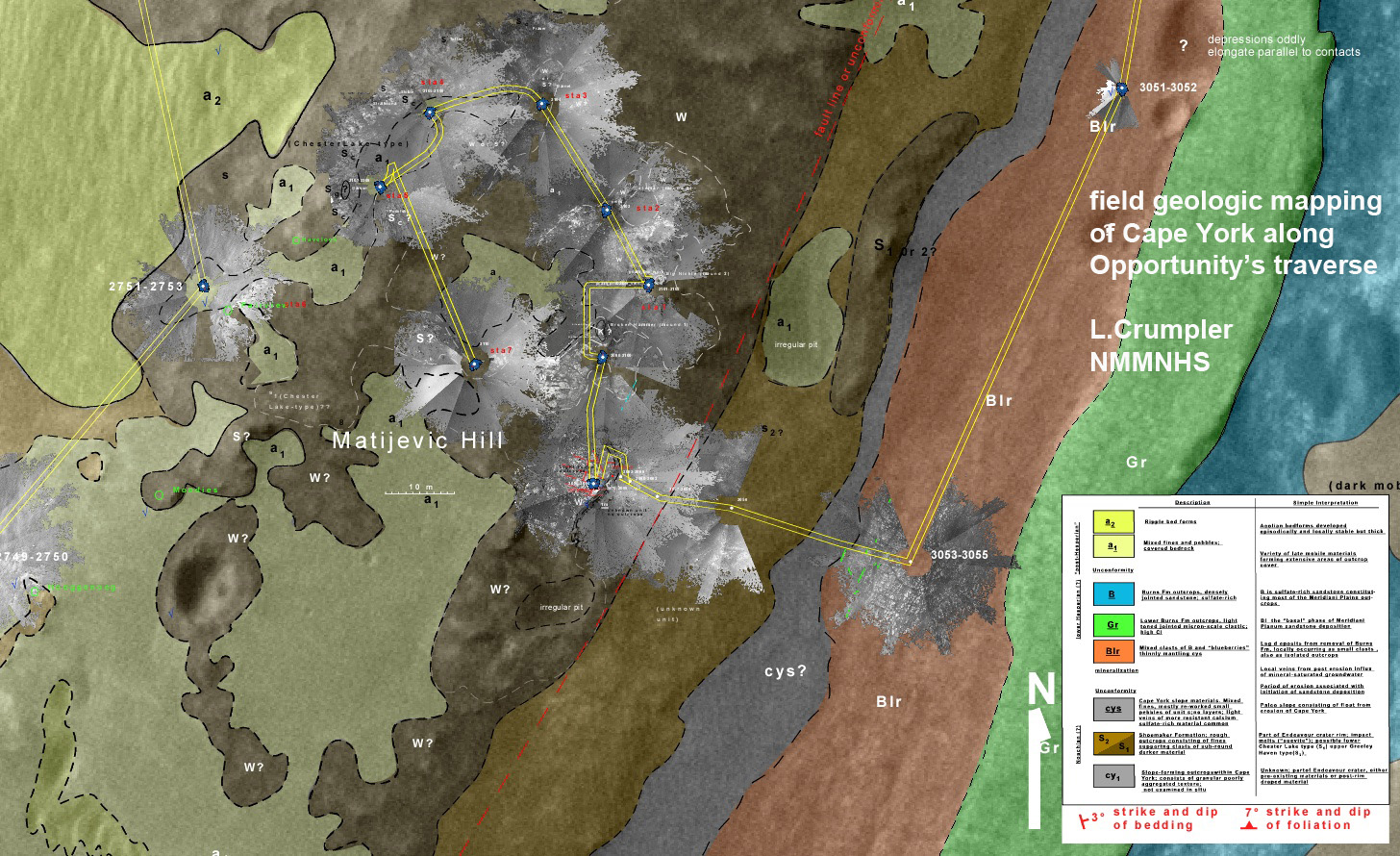 Below is a small south-looking segment of the 360 degree Navcam panorama acquired at the end of the drive on Oct 23 (sol 3110). 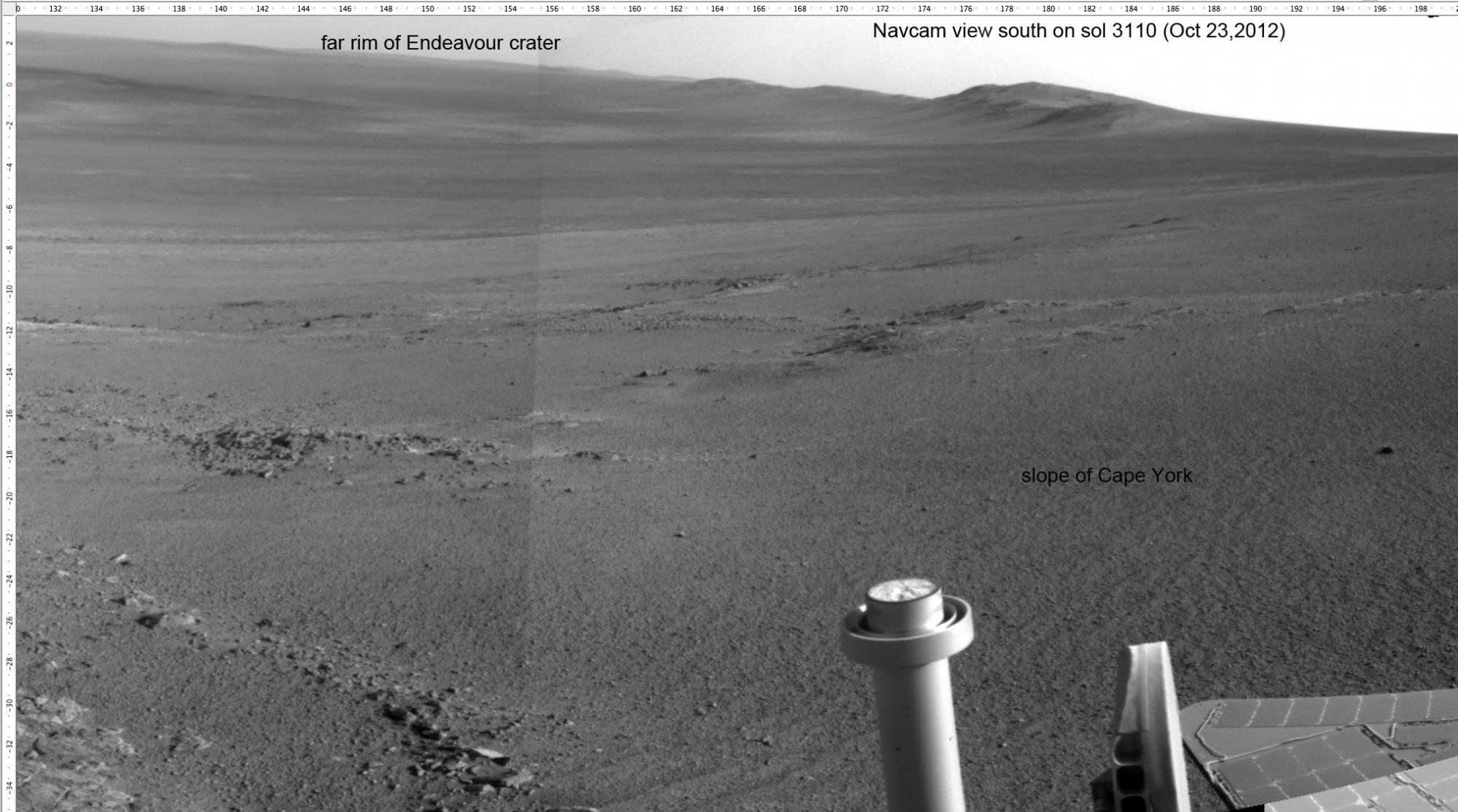