Opportunity has finally completed the detailed survey of the outcrops on the Cape York segment of the rim of the 22-km diameter Endeavour crater. It has been sitting at a large vein-like feature cutting across the outcrops here since early May. Half of that time occurred during solar conjunction when all rover actities were reduced since Mars was on the other side of the Sun and communication was not possible. This turns out to be a strange rock type. Stay tuned for results.

On Wednesday (May 15)  of this week we began driving away and have made good progress. In fact we have driven three sols now and gone close to a 230 meters. On Tursday, May 16, Opportunity exceeded the distance record (35.74 km) set by the Apollo 17 astronautrs Cernan and Schmidt. Opportunity is now only 1.24 km from the all time record set by Lunakhod 2 in 1973 (37 km). That will happen in the next couple of months as we drive steadily to the south.

Here is my map of the current status of Opportunity's traverse. Count three red dotrs back and you can see where we were sitting for the observations at the last outcop "Esperance". The red line shows the beginning of the nxt drive  that we hope to do first thing next week. 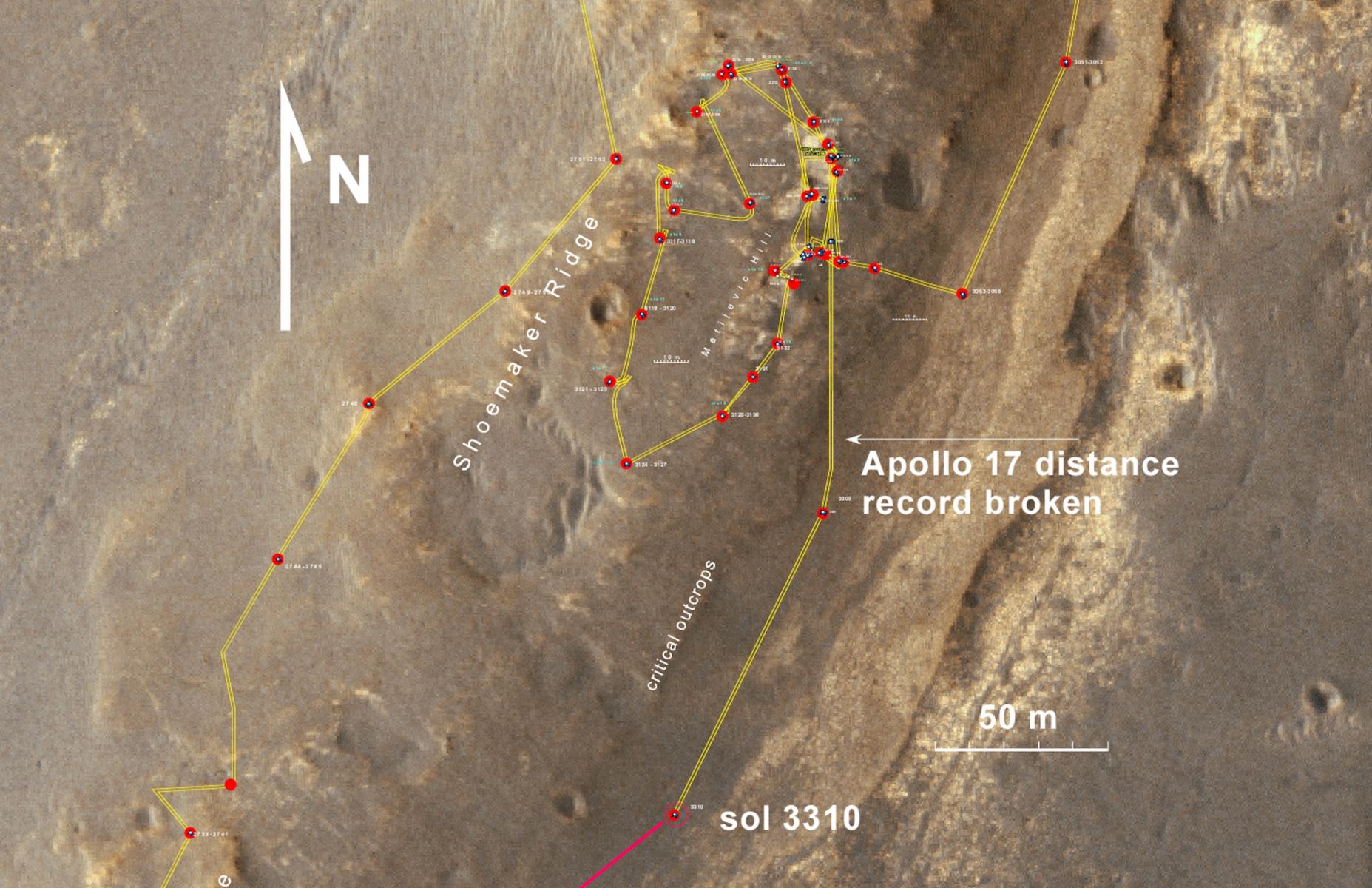 This is a view in the front hazcam looking back at the end of the last drive in the early hours of May 17. 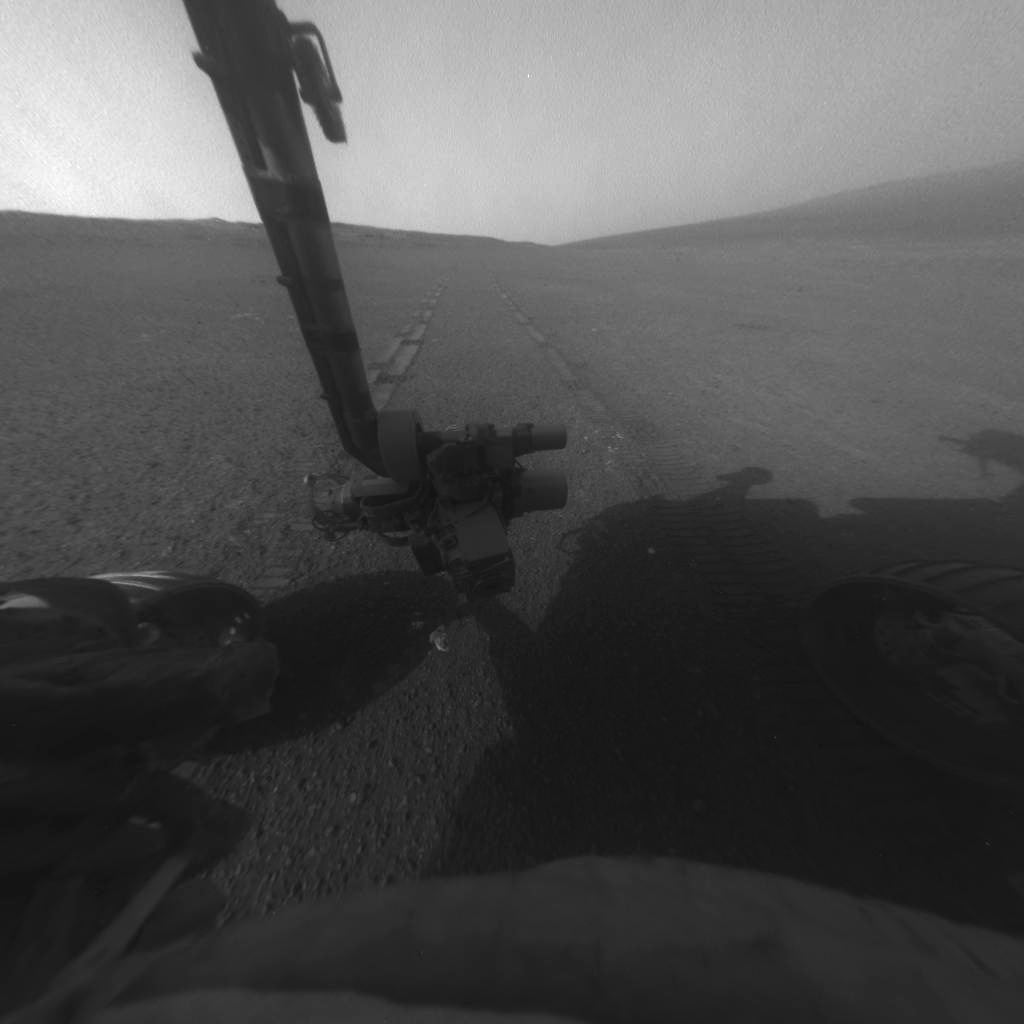 And here is a Navcam frame looking south in the drive direction. In a couple of more drives we will be off this "beach" and back into the plains. The next "landfall" will be that small bump in the distance on the horizon. Stay tuned. 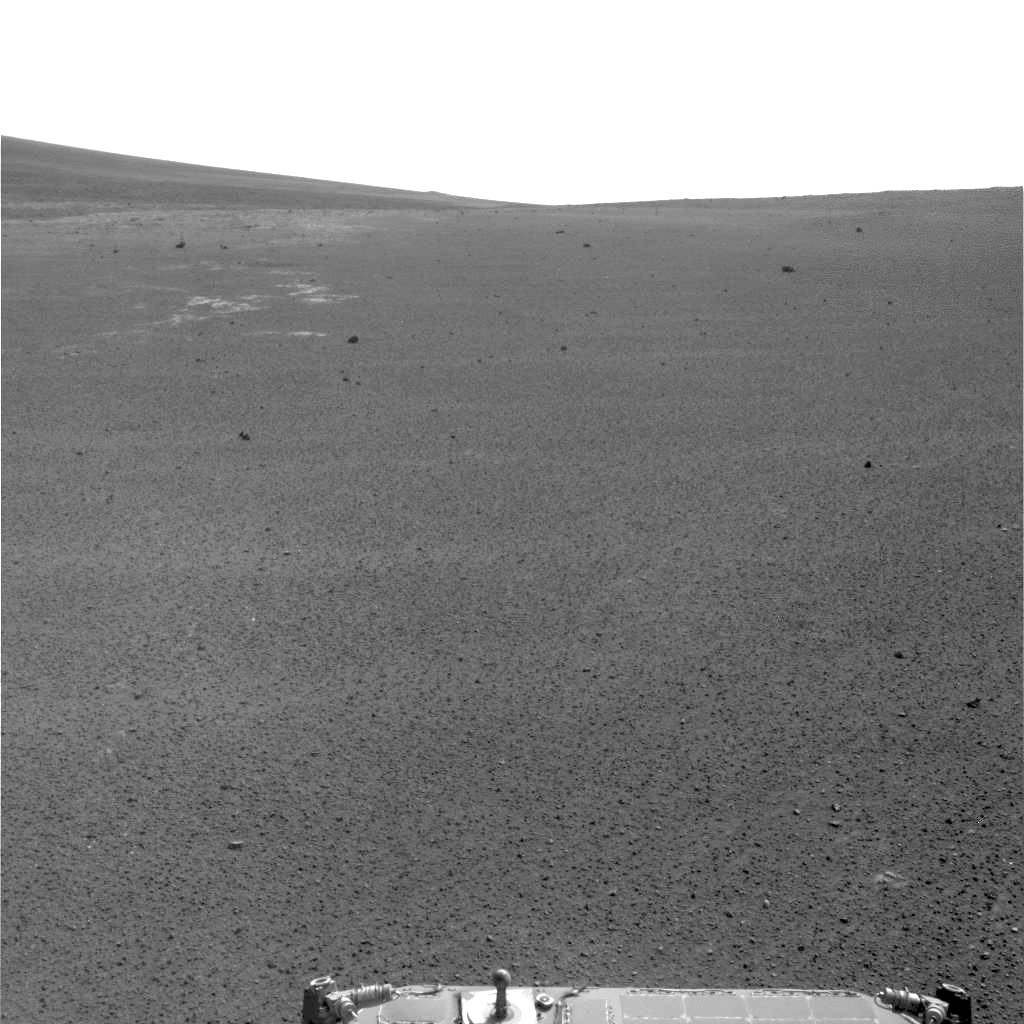 This is a view of the outcrop target "Esperance" in which I have mapped out the principal features. Note the large whitish zone between blocks of rock making up the outcrop. We used the RAT to grind into this and analyzed it with the APXS.  The small gray square is about 3 cm on a side and is the Microcropic Imager Mosaic we did after the grind. All sorts of interesting results that will be reported in the next few weeks. 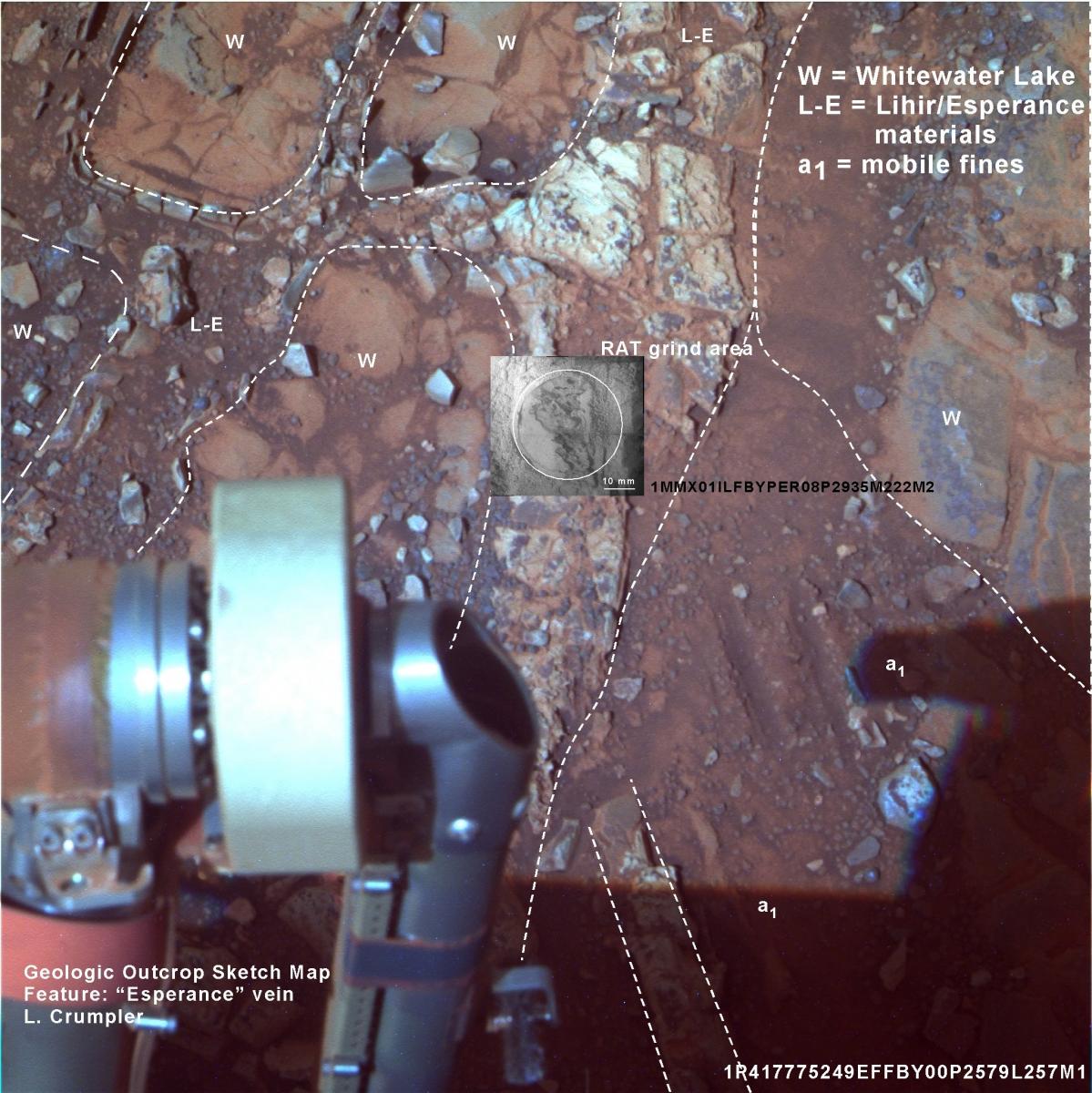