• Opportunity just turned 5 Mars years old (a few months short of 10 Earth years)
• Opportunity just exceeded 37 kilometers of odometry
• On Sol 3325 Opportunity has driven up onto the next “island” of rock,  “Sutherland Point” and “Nobbys Head.”
• On this sol Opportunity is only about 700 m from the goal, the mountains to the south.

Overview Map Showing Status of Drive South. Here is the latest map showing the entire route driven by Opportunity on the rim of Endeavour crater since arriving in 2011. 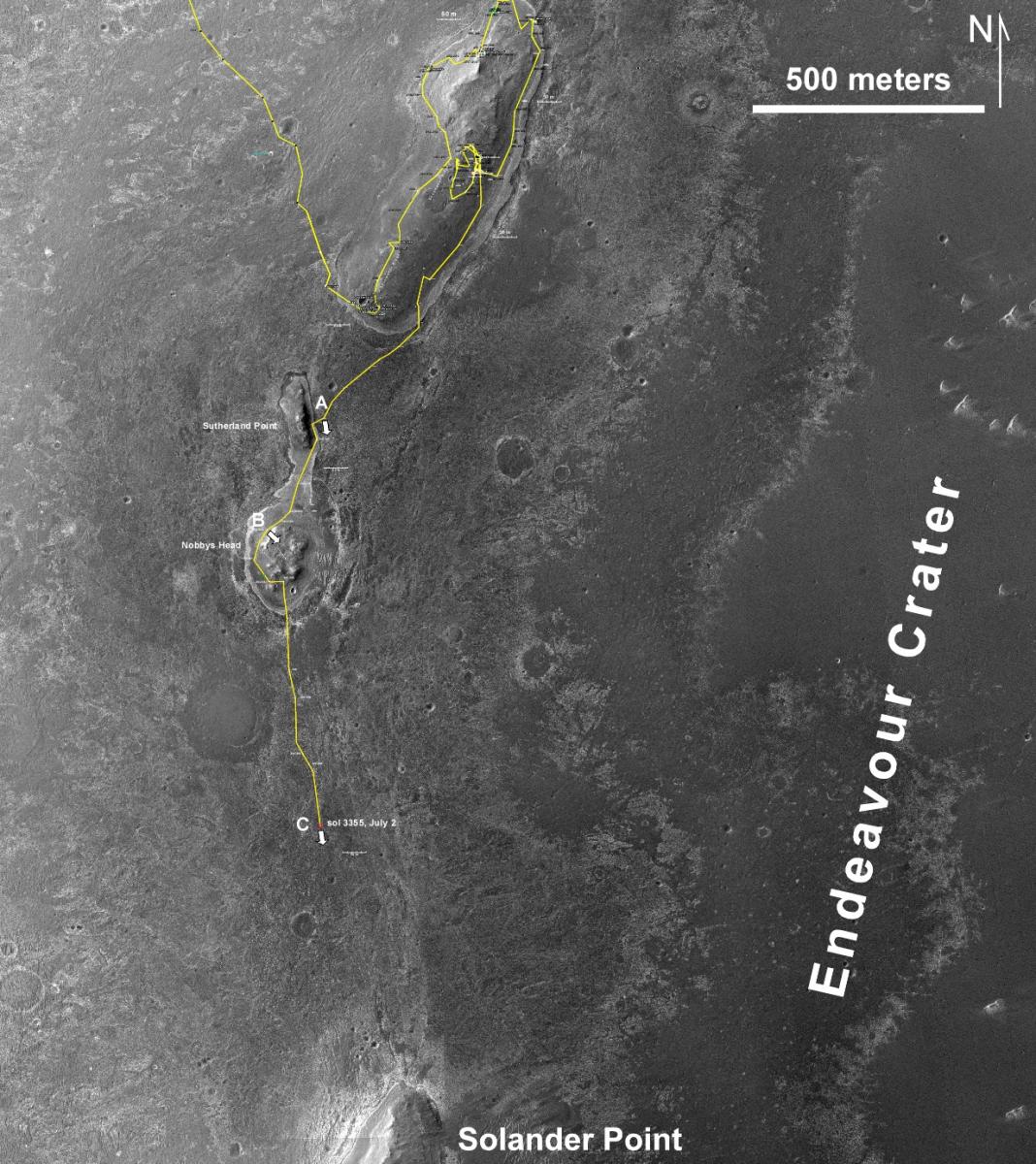 A closer look at the southern part of the map shows the traverse since leaving the “Cape York” part of the rim a couple of weeks ago. Opportunity is now back out in the plains with the “pedal to the metal.”Arrows indicate the direction of views in the following surface images. 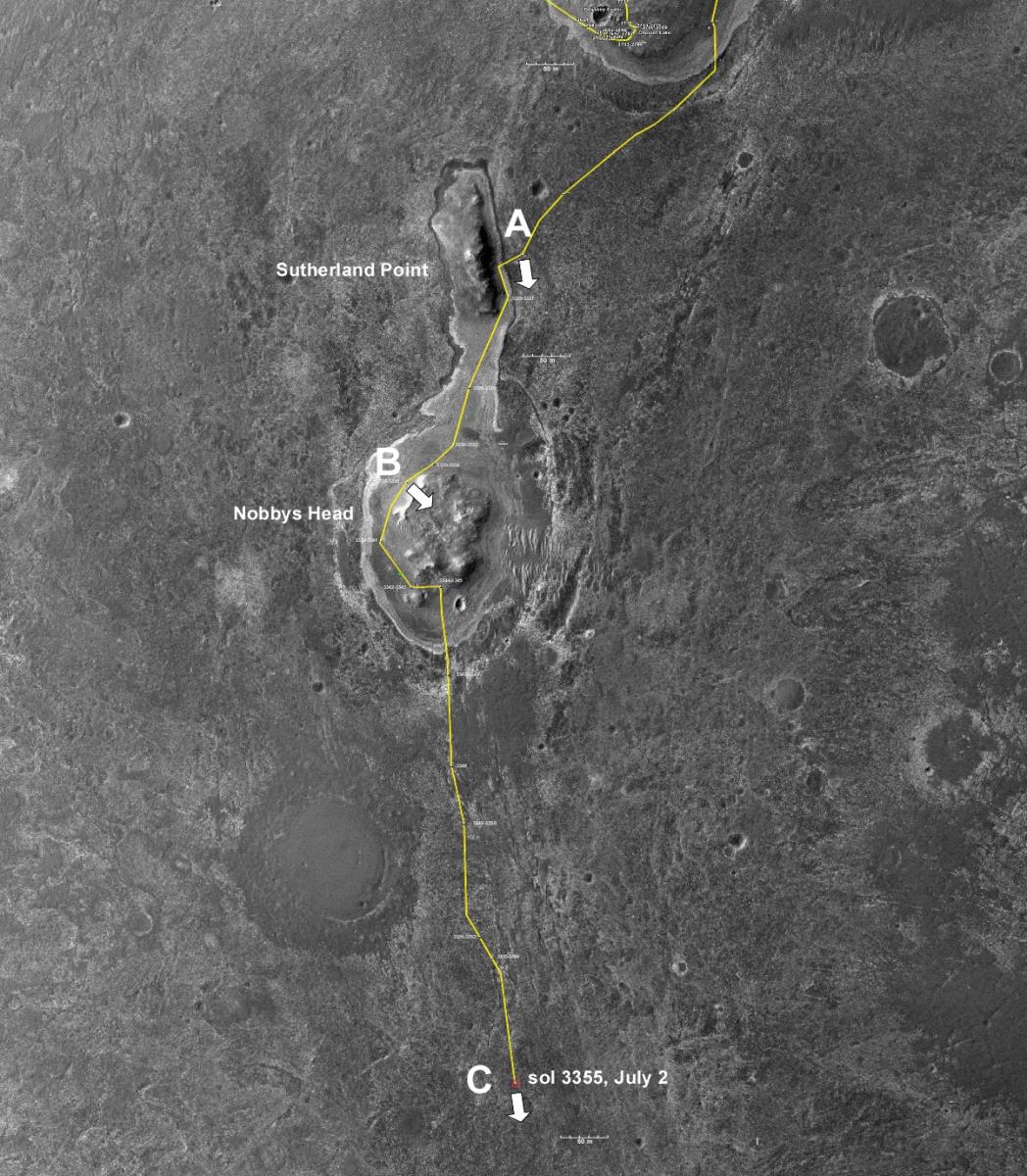 Location A (below) : Pancam image from sol 3325. Before driving onto Sutherland Point, Opportunity grabbed this view south looking towards “Solander Point,” the big mountain to the south and the main goal of this summer’s driving. This is a particularly tall remnant of the Endeavour crater rim. In the image below, you can see how the surface slopes into the crater on the left side of the “mountain”. In front of Opportunity are broken “flagstones” of sulfate-rich sandstones These sandstones were deposited around the remnants of the crater rim, so the sandstones are much younger. Again, for New Mexicans, look at how this crater compares with the Valles Caldera “super volcano” just west of Santa Fe. 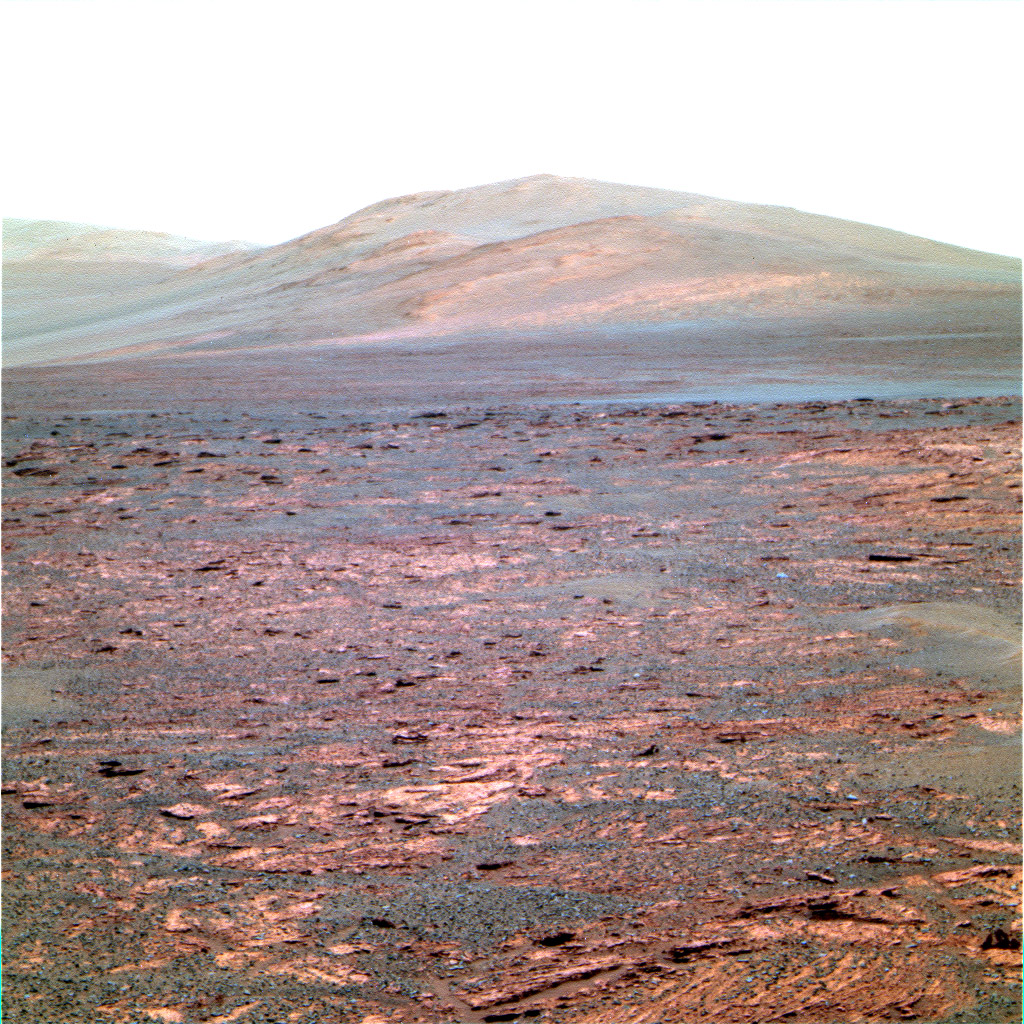 Location B: Navcam image from sol 3335. Once up onto Sutherland Point, Opportunity quickly traversed to the south and drove past Nobbys Head, the main mass of the this little “island” of crater rim rock in the sea of sand. This is a quick view as we drove around the west side of the rim looking toward the interior of Endeavour crater and to the south. The bright white streaks and splotches on the ground are small centimeter or so-wide veins of gypsum that only tend to occur in this geologic unit that forms the bench-like surface surrounding the remnants of the crater rim. The gypsum veins do not occur in the sandstones of the surrounding plains. So that means the formation of the gypsum veins likely pre-dated the deposition of the surrounding sandstone. This is why field geology is so important: We can say when things happened and what was going on when it happened. That is a great way to find out about the past. Opportunity is keeping its “eyes’ on the target, so that mountain to the south (right) is the goal, Solander Point. Way off in the left distance, on the horizon, is the far rim of  Endeavor crater, about 22 kilometers distant. This image gives you a good impression of the fact that we are standing on the rim of a crater that is so big, that the far rim is on the horizon far away.

Location C: View tosol, a Hazcam from sol 3355. Sometimes something happens to cause us to loose the downlink at the end of a drive. There are all sort so things that can happen. But sometimes, just getting turned into a position with a good view of Earth is the most important. On the drive tosol, Opportunity did so well that it was still driving when the tracker of time said that time was up and the sequence was stopped before that final turn. So until the next downlink session, this is our view of Mars tosol. The fllagstone-like squarish rocks in the foreground is typical Merdiani Planum sulfate sandstone, also know as the Burns Formation. 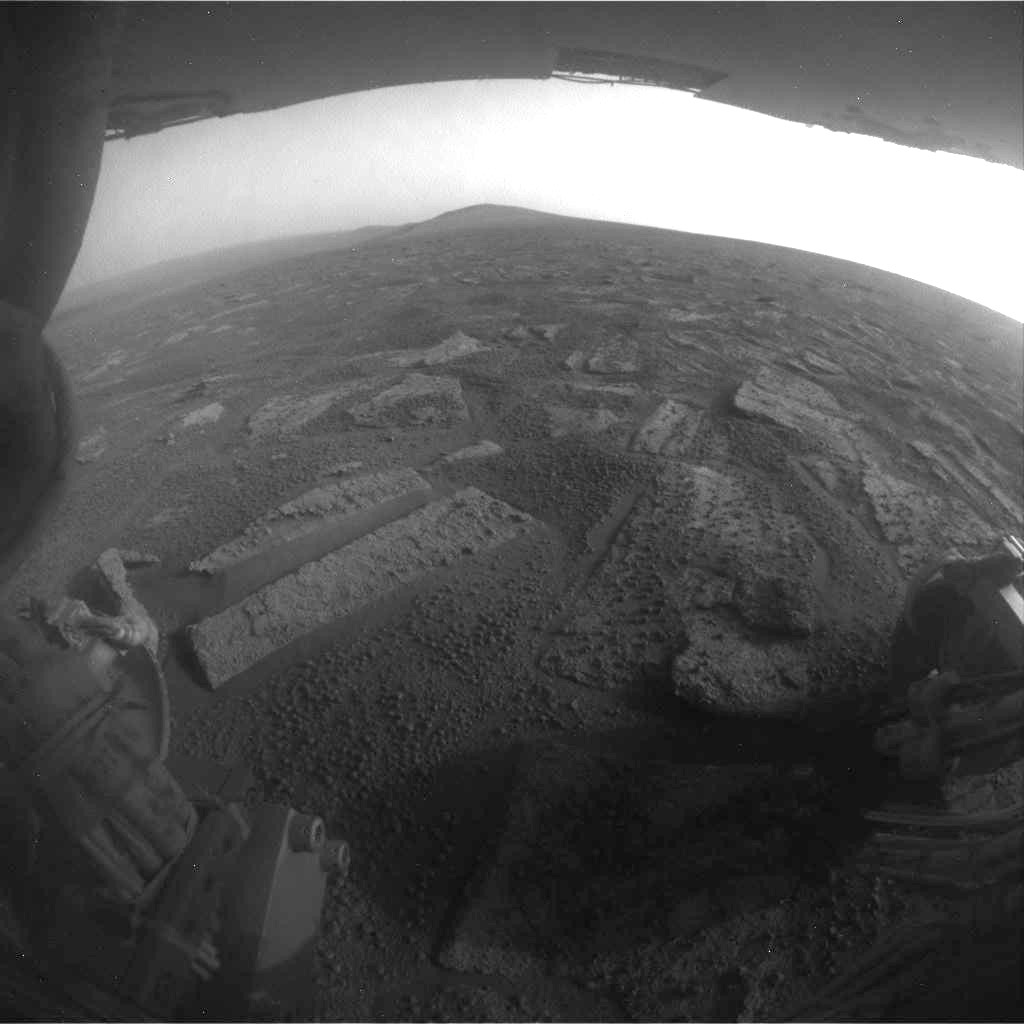