• less than 100m to go before “land fall” on Solander Point

• the next drive will put Opportunity at the “shore”

• a “new world” is about to be explored; what strange rocks and structures will we encounter?

This week Opportunity finished up a quick investigation of the strange rocky terrain out here in the plains where it is approaching the next mountain rim segment of Endeavour crater, Solander Point. It packed up and started driving towards the base of the mountain and will be at the foot of the next mountain after the drive this weekend. When it arrives it will mark the end of the long journey across the plains and the start of a new phase in the mission.

Right now everyone on the science team is hanging on the rigging trying to be the first to catch sight of the shore. In Monday’s plan we will likely plot a course to sail northwestward along some “sea cliffs”, with "land fall" happening in the plans for next weekend most likely. We are in a sea of sulfate-rich sands, so sometimes it feels as though we are sailing a broad sea, with islands, like the rim of Endeavour crater as expressed by Solander Point, poking up through this sea. Check out the "shoreline." 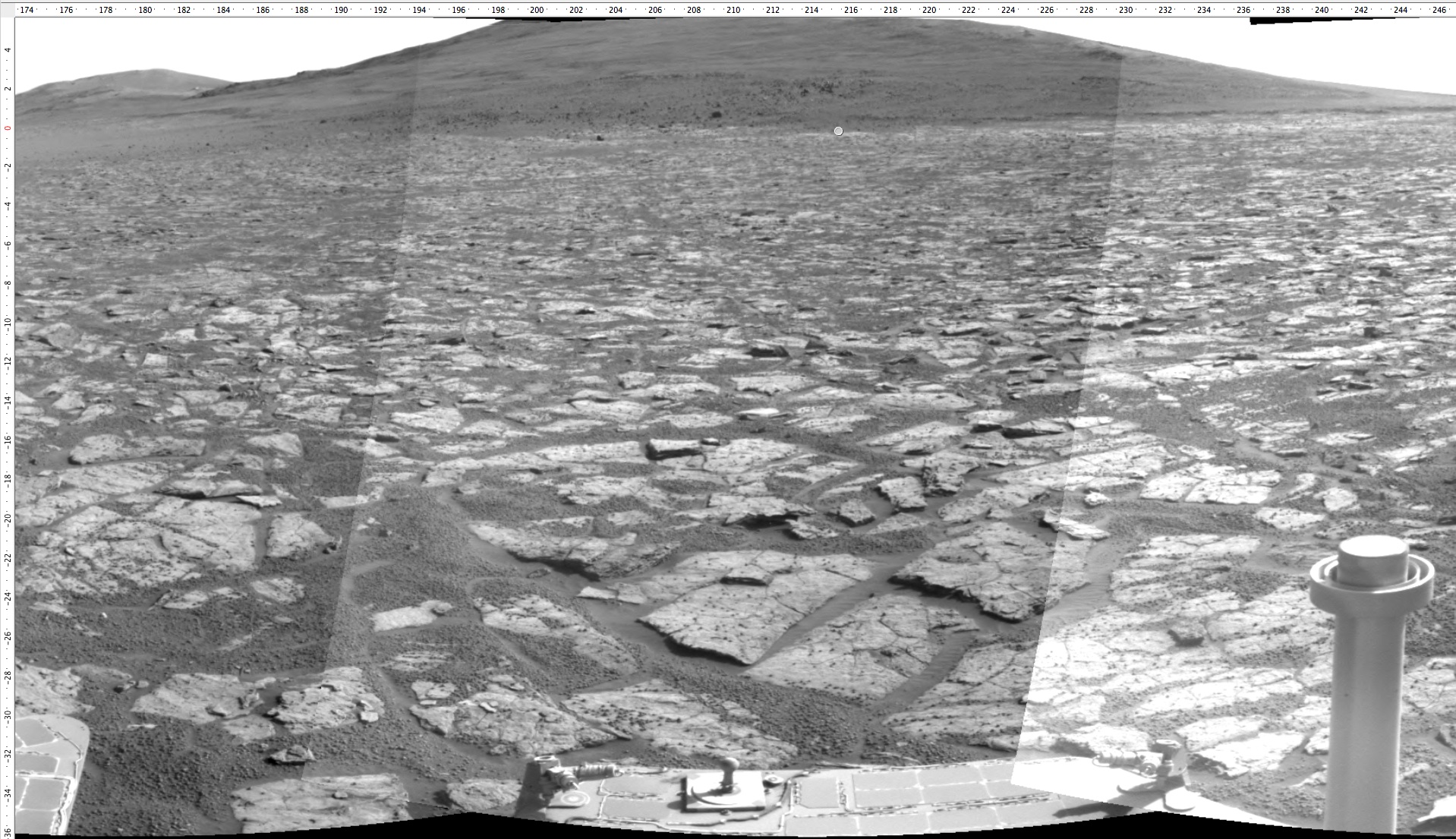 The view from the Navigation camera on approach this morning. The round dot is about 80 meters away. 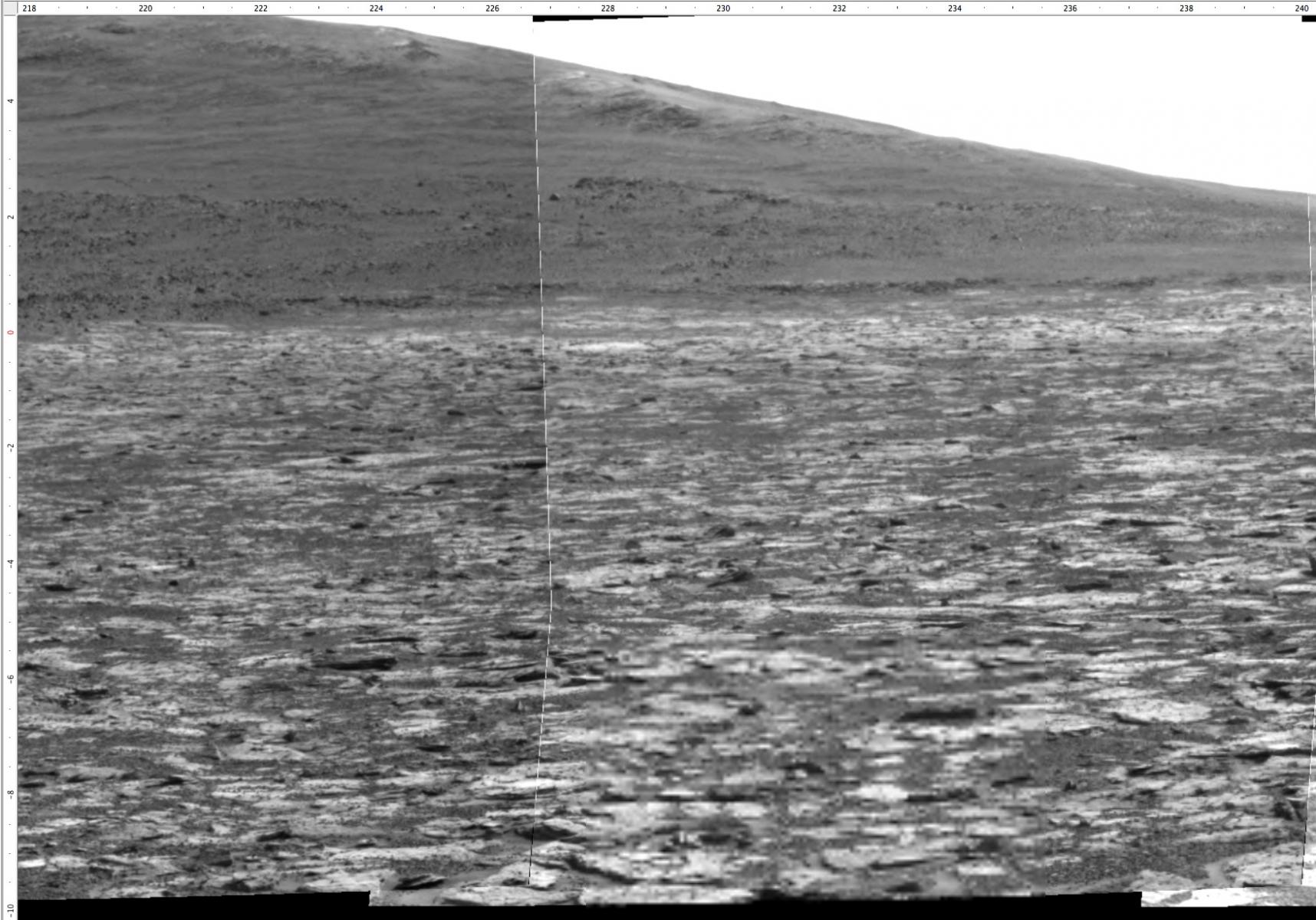 A zoomed in view from the high resolution Panoramic camera. We have no idea what that contact is like between the lower slopes and the sandstone plains we are sitting on now. After driving along the lower cliff from left to right, we hope to be climbing the ridge of outcrop by late September or there abouts.