• Opportunity is at the base of Solander Point

• a boulder field here appears to be mostly vesicular basalt, a rock type that is not local

Opportunity arrived at the base of the next segment of the Endeavour crater rim and is now investigating the contact. 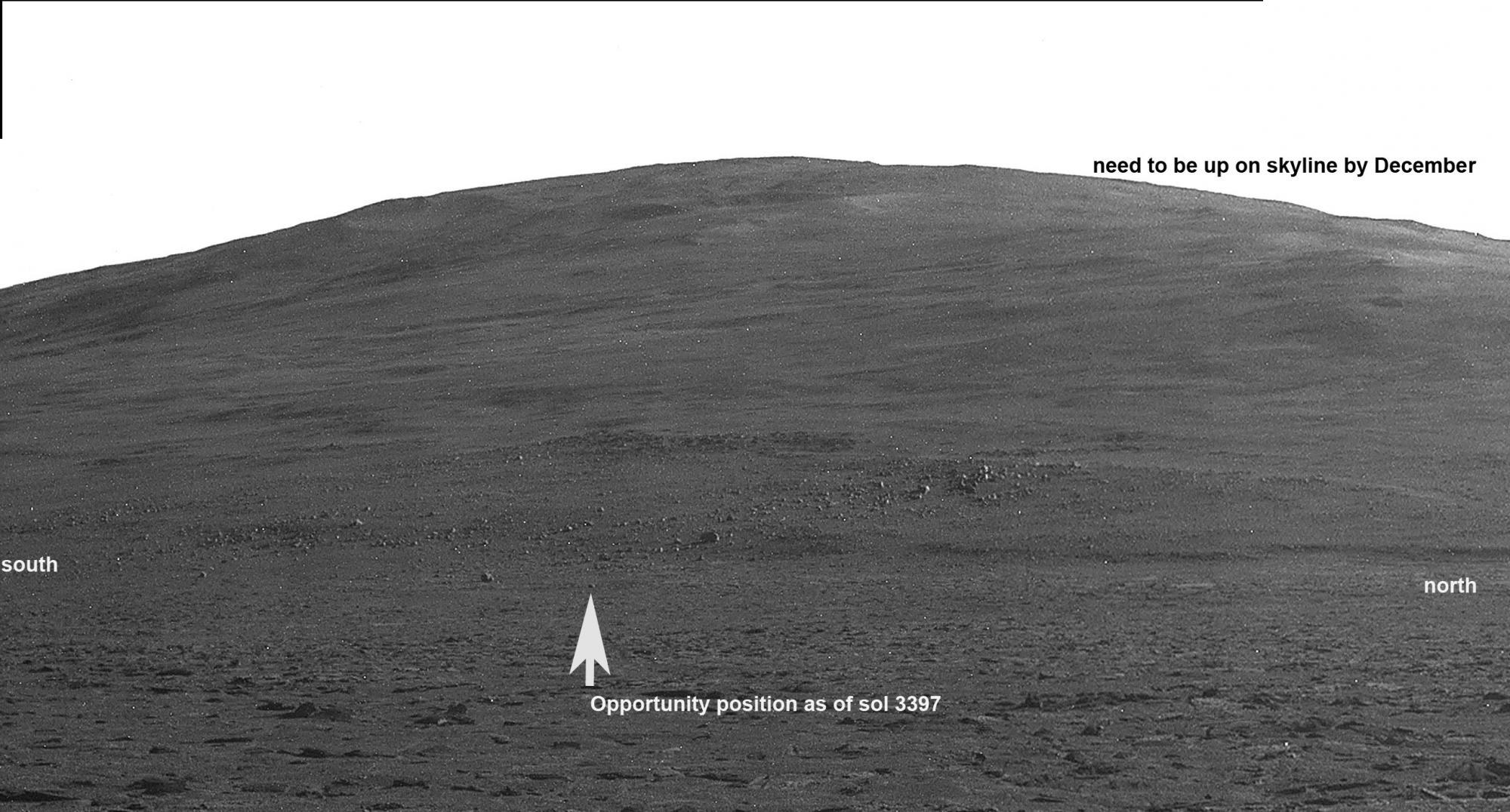 This view from the Panoramic camera ("Pancam")  showsOpportunity's current location just off the contact with Solander Point. There is a peculiar escarpment at the base and some unusual big dark rocks laying around the contact.  Most of the big rocks appear to be coming down slope from a big cluster that you can see up on the side of the hill. Several of the rocks have rolled across the contact and onto the sandstone that surrounds the Endeavour rim segments.This view was acquired by the Pancam on sol 3383 as Opportunity was doing the final drives towards the base of Solander Point. Opportunity has since driven to a small rock indicated by the arrow.  It is probably not important in the "big picture", but we may see this type of rock again up on the ridge (where we need to be by December), so we felt it was useful to know if these rocks are differnt and, if so, how so. It turns out that they are compositionally different from any rocks previously seen by Opportunity, although not too different from rocks examined by Spirit. 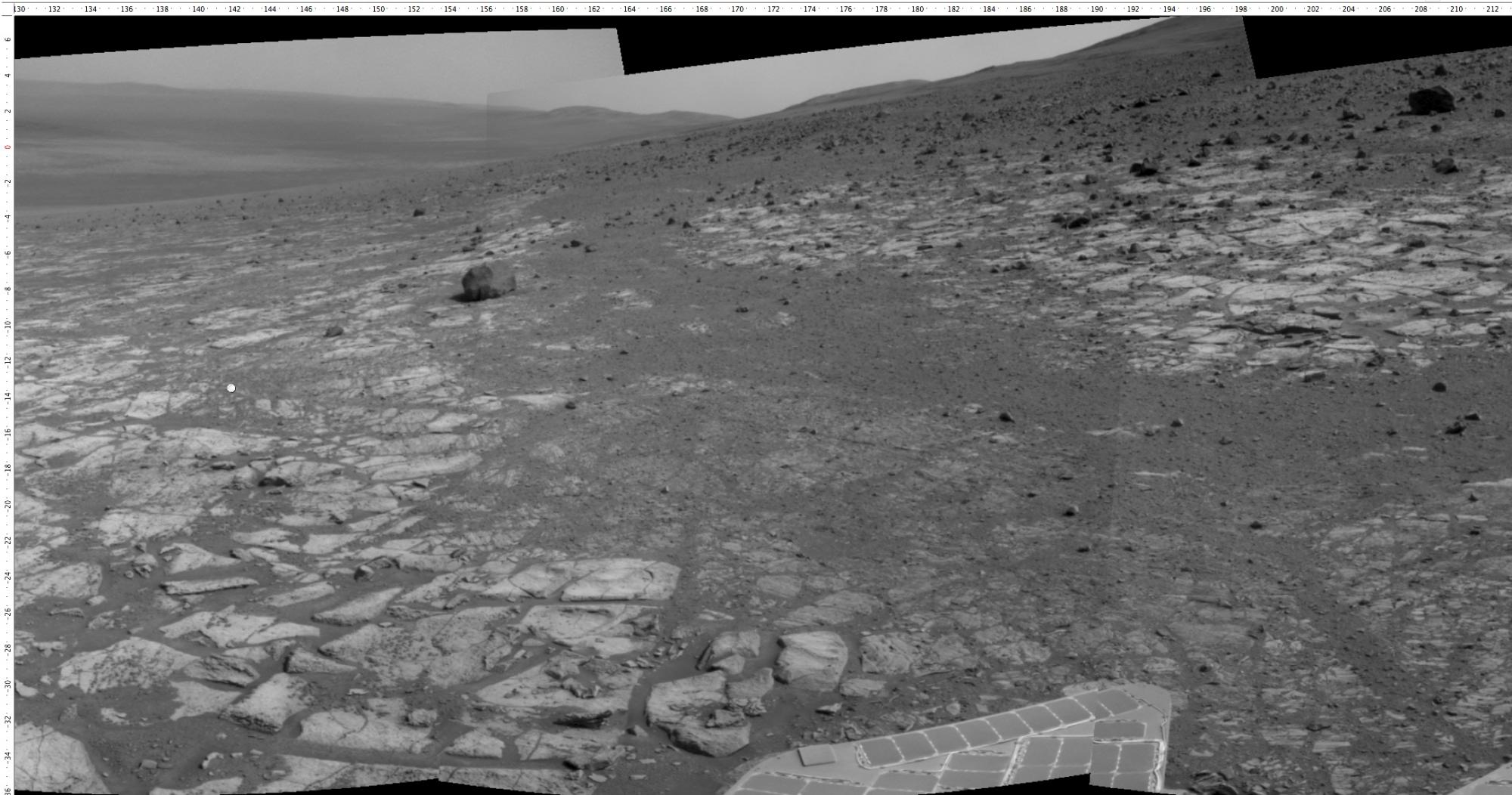 This is the current view from the Navcam. Note the steep slope down into the crater on the left. Opportunity is tilted about 7 degreess to the left (east) in this location, which gives you some idea of how steep the regional slope into the crater is. It would not be surprising if a soccer ball dropped here would roll several kilometers to the crate floor! Those hills on the left far horizon are 15 km away, and are the south rim of the same crater we are sitting on in this image. We are on the west rim. Again, Endeavour crater is similar in size to the Valles Caldera in New Mexico. So New Mexicans have seen this scene before and have a natural feel for the scale of this scene. Mars is like New Mexico, just more so. 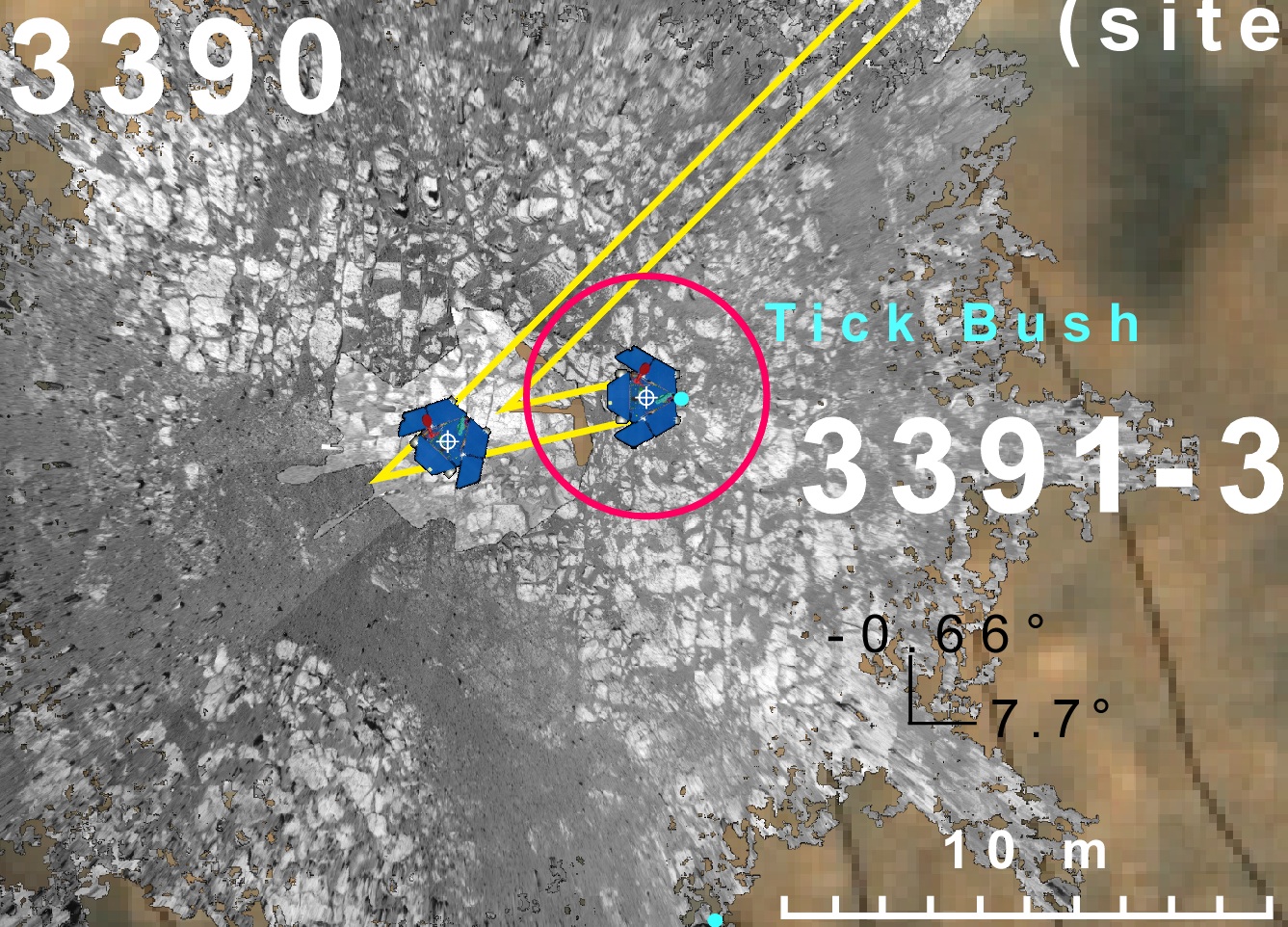 In order to check out one of these rocks, Opportunity did a short five meter drive to get one within the “work volume” of the IDD. This is the overhead projection of several Navcam mosaics. The surrounding  rock with the polygonal fractures are the sandstones of the Meridiani Plains. The blue dot shows the location of one of the anomalous dark rocks that we are currently checking out.This will only take a day or two. Then Opportunity will get going northwest, “sail” along the scarp  here at the base of the mountain, and end up at the northern point where we hope to make “landfall” on Solander Point. 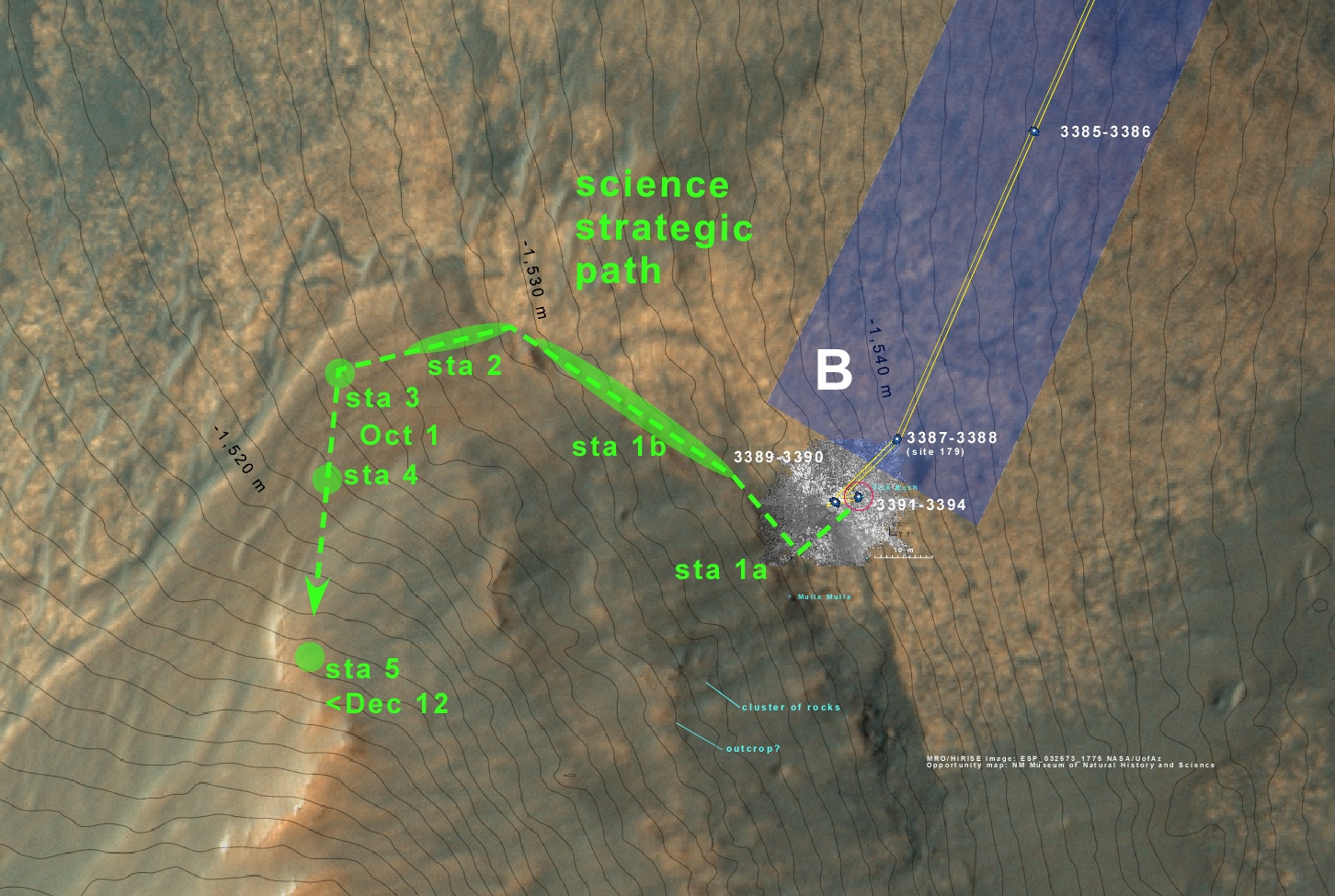 This is the current traverse plan for the next couple of months. 1 meter elevation contours. " In battle, planning is eveything, plans are worthless." D.Eisenhower