• the climb continues along the crest of the crater rim

On sol 3485 Opportunity pulled up next to a large outcrop here on the rim of Endeavour crater. The outcrop appears to be impact breccias like those we saw a few sols ago lower down on the ridge. But the texture of the rocks is somewhat different. So we will do a quick analysis and move onward and upward. In the next couple of sols we will drive on up the ridge to a place where we believe that we will spend some time  "hammering” on some outcrops which orbital remote sensing has suggested consists of clays. 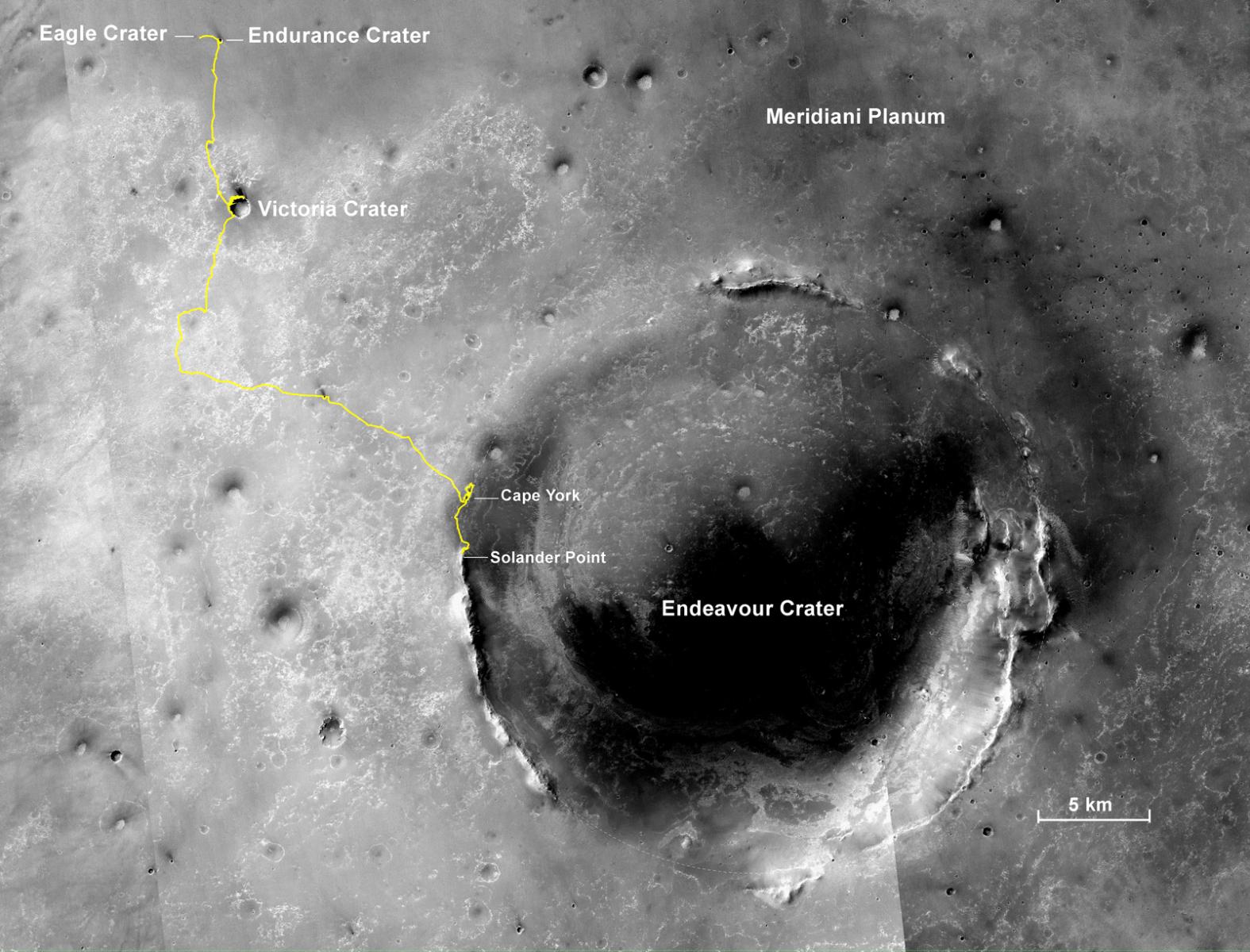 Above is the full 38.5 kilometers of traverse so far. You can see how we are moving south along the west rim of the ancient impact crater “Endeavour”. The segment of the rim we are climbing right now is “Solander Point”.

Back on sol 3365 we took this image of Solander Point as we approached it. Here I have plotted the subsequent route that Opportunity has taken in climbing up the ridge. The outcrop shown I the images below are near the end of the yellow traverse line. 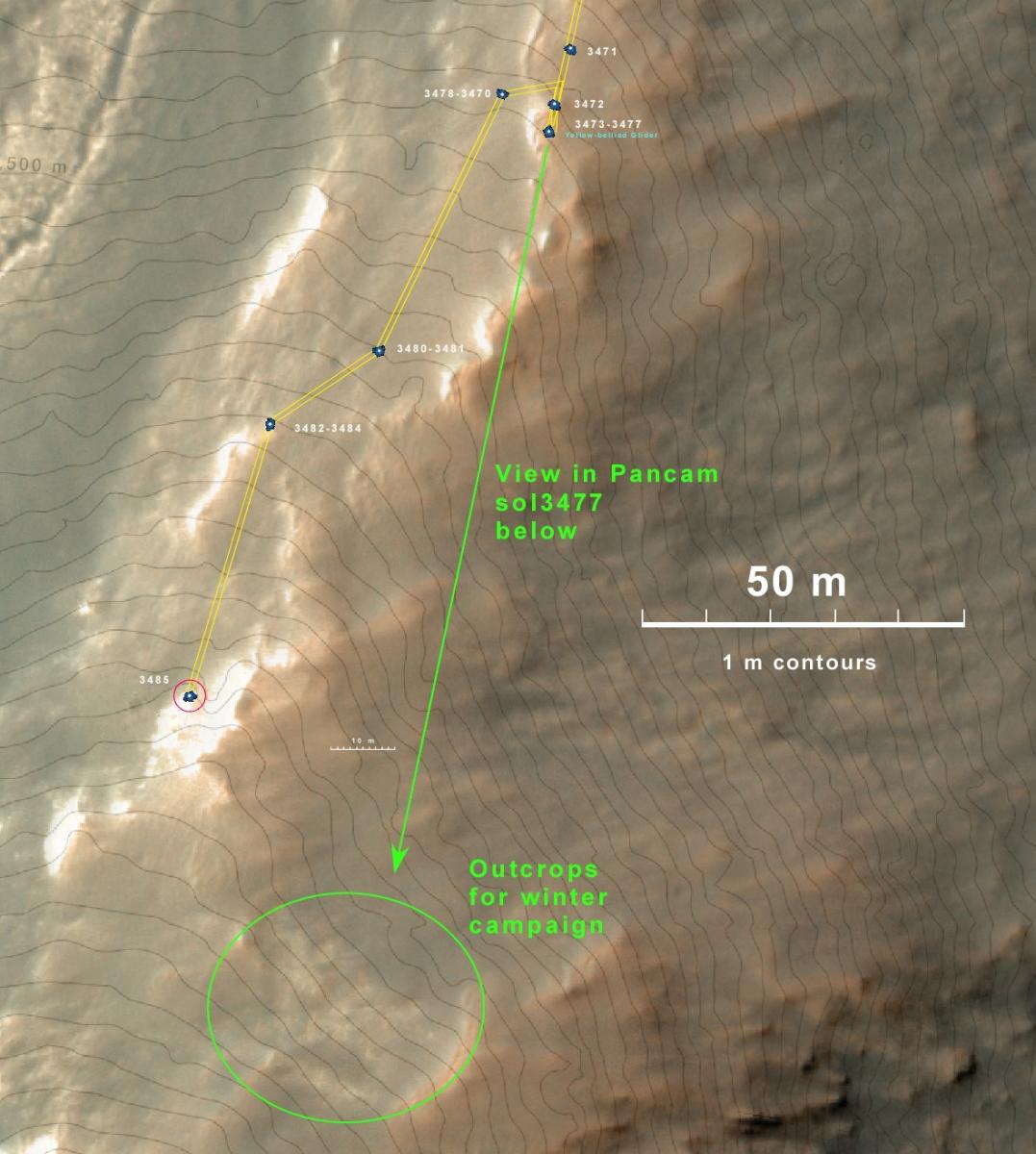 This is  a look at the MRO/HiRISE orbital view of the last few drives along the ridge of Solander Point. The contours are 1m. We hope to move south for the winter to the area of outcrops indicated. 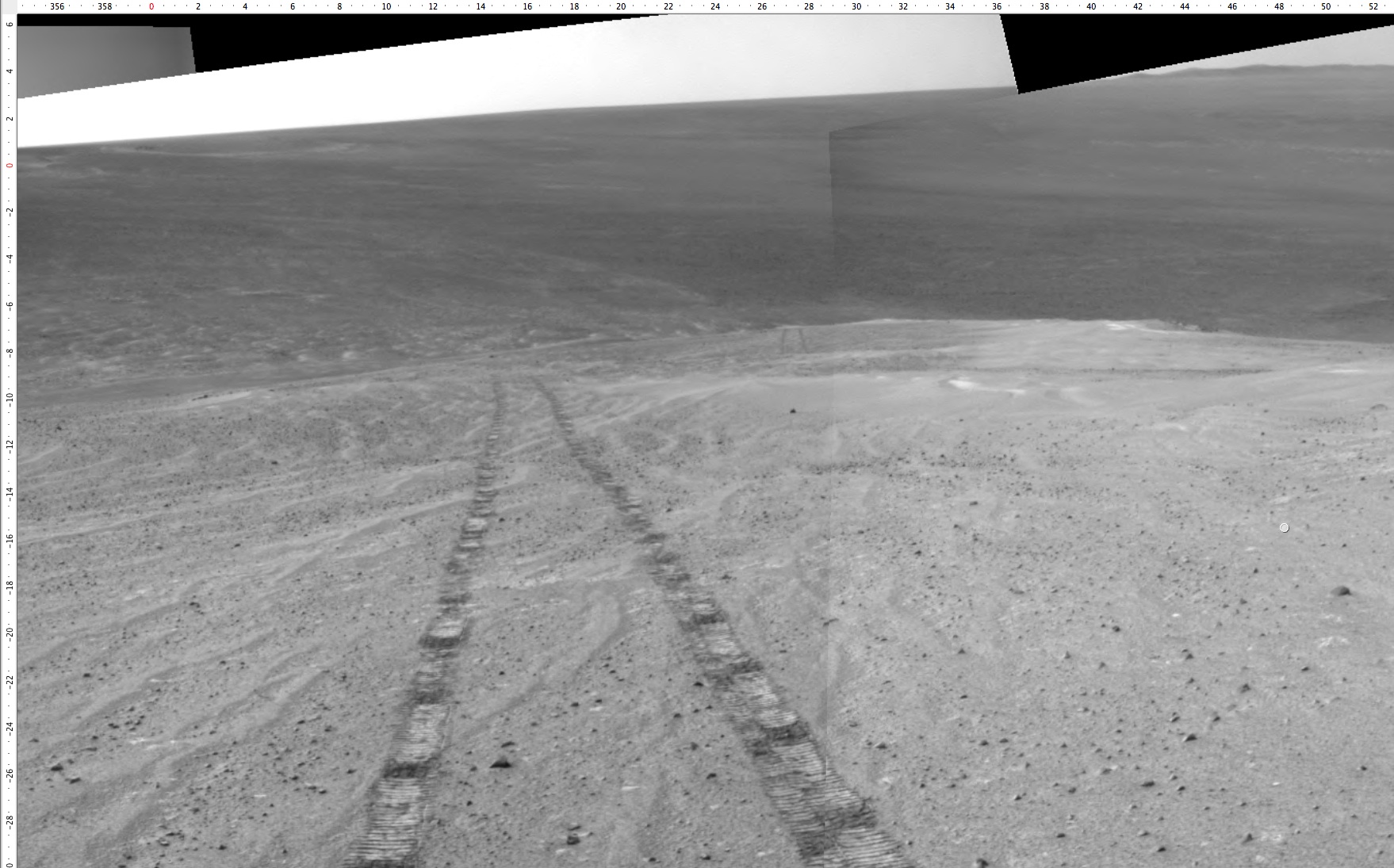 This is the view looking back at our tracks as of a few sols ago. Note that the tracks appear over multiple rises as they dwindle into the distance down slope. That is the floor of  Endeavour crater over on the right. On the left distance you can just make out Cape York and Nobby Head where Opportunity just spent some time before driving south to Solander Point. 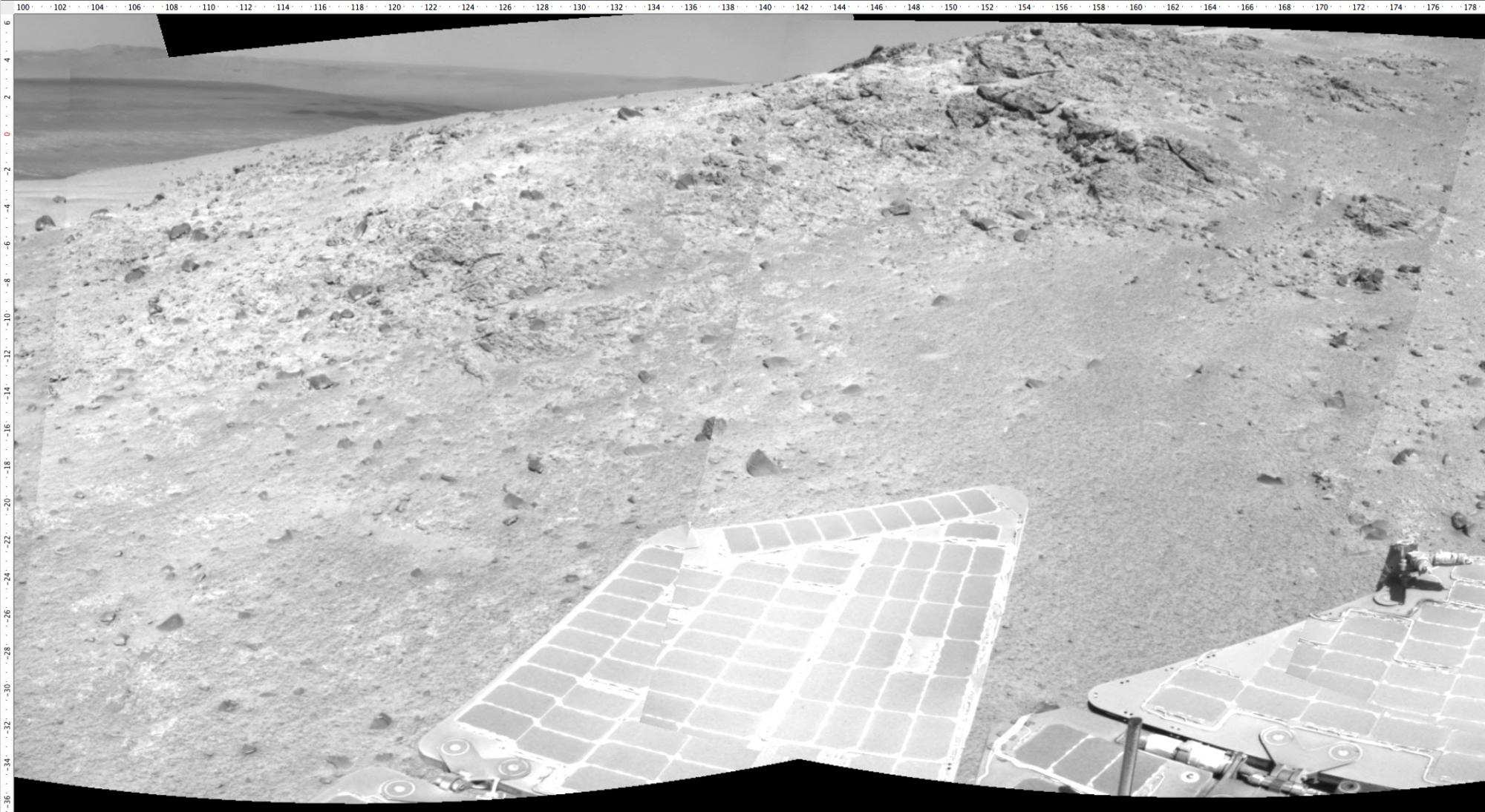 And here is a view of the outcrop where Opportunity is now. This was just before a short “bump” forward to get some of the outcrop within the “work volume” of the rover instrument deployment device.