There was a stand-down of activities on Opportunity for a week or so as we emptied the flash memory and reformatted it following discovery of some “bad” flash memory blocks. Like re-formatting the memory card in you camera when it becomes troublesome, Opportunity simply wiped its data storage memory and reformatted it. This was completed about sol 3773 and currently it appears to have worked. Opportunity has re-commenced the long climb up this high and steep segment of the Endeavour crater rim. 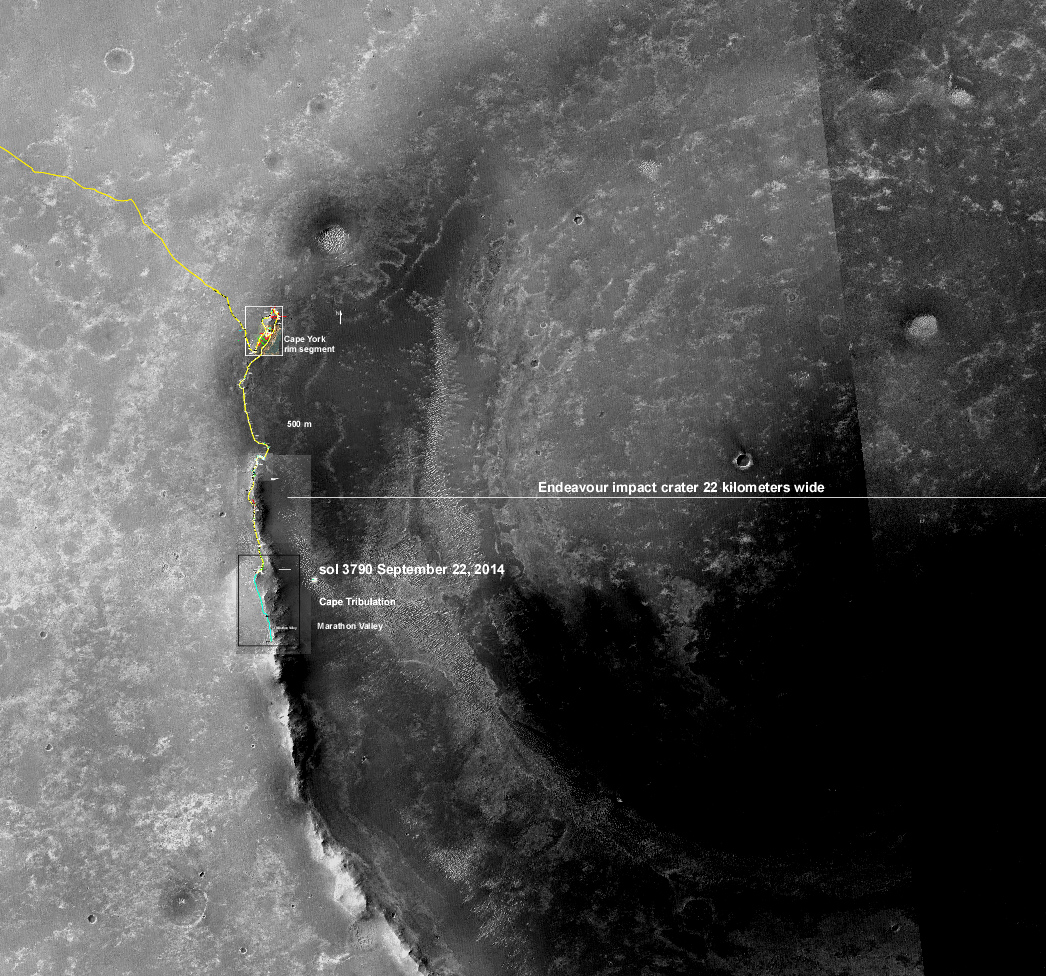 This shows the progress Opportunity has made along the rim of Endeavour crater since arrival in 2011 at the rim segment "Cape York". This is a big crater for a small rover. Here in New Mexico it is exactly the same size as the Valles Caldera. Anyone who has driven along NM 4 through the Valles Caldera knows exactly how big we are talking about. 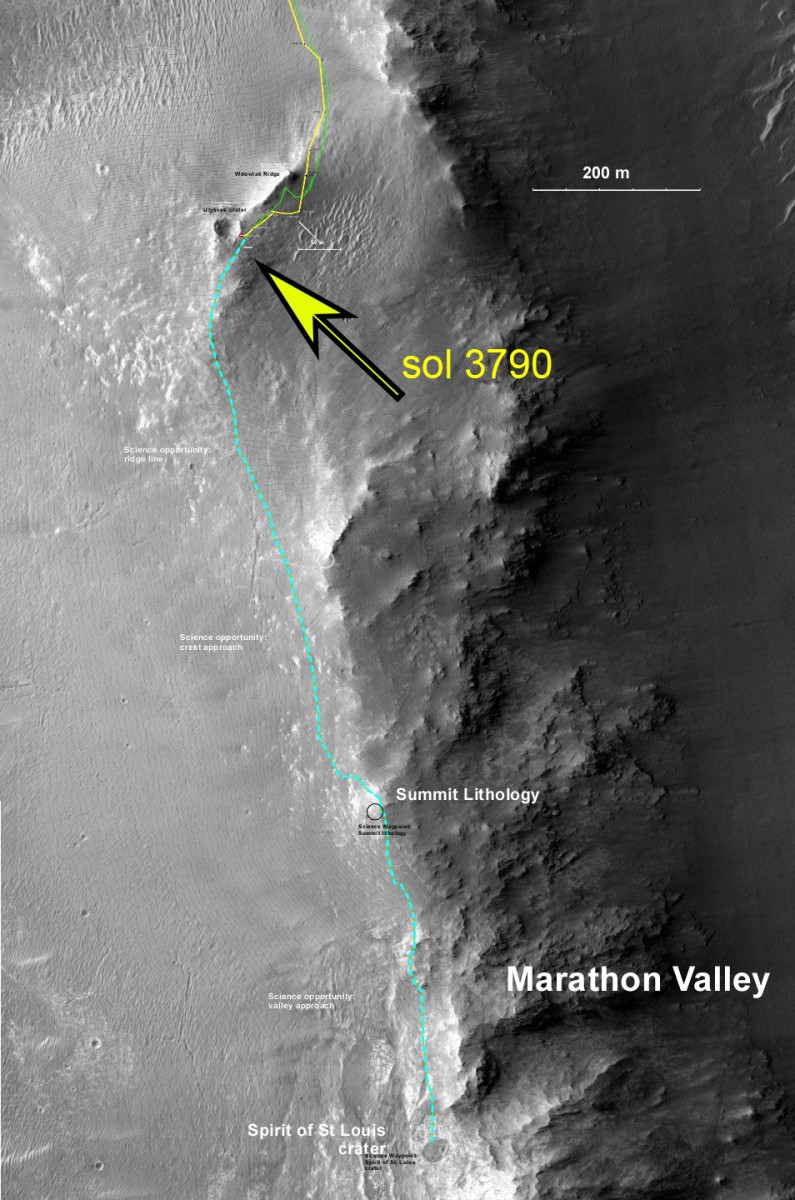 Zooming in on the traverse, this shows how we recently did a dogleg along this ridge (yellow traverse line), known as "Wdowiak Ridge" and at the same time began our climb up the rim that will take Opportunity south (blue line) to the highest part of the rim, "Cape Tribulation".  From there we will then climb down to "Marathon Valley" where the geology really gets wild. Arrival may be March or as late as July. We hope to get there way before next Mars winter so we will have plenty of time to check things out. 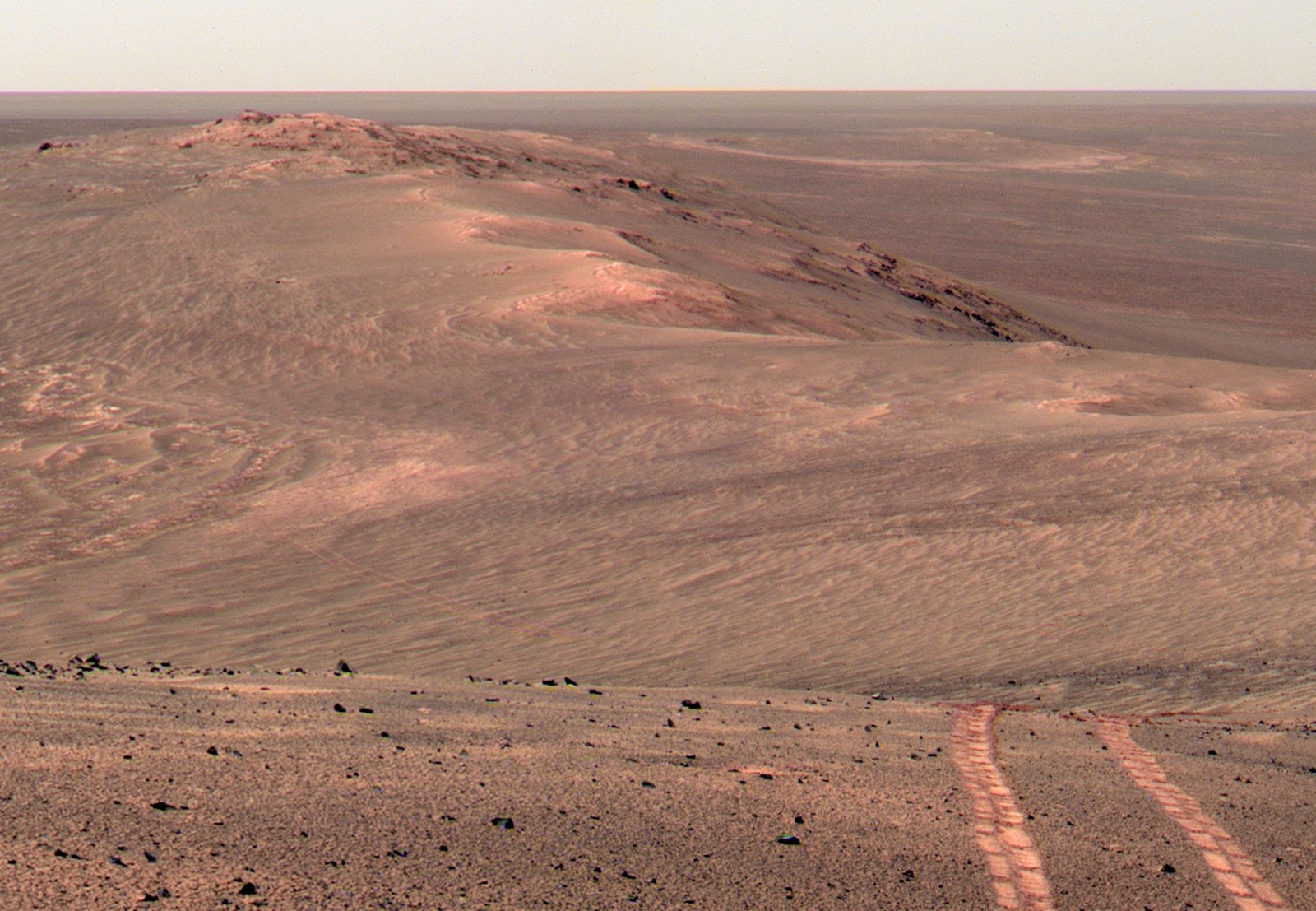 This is a recently released Pancam mosaic we captured as we approached Wdowiak Ridge looking back along the crater rim to the north.

And this is the most recent Navcam panoramic view from a little farther up hill. The view is starting to get "expansive".  Wait until you see the color Pancam we did from this location. 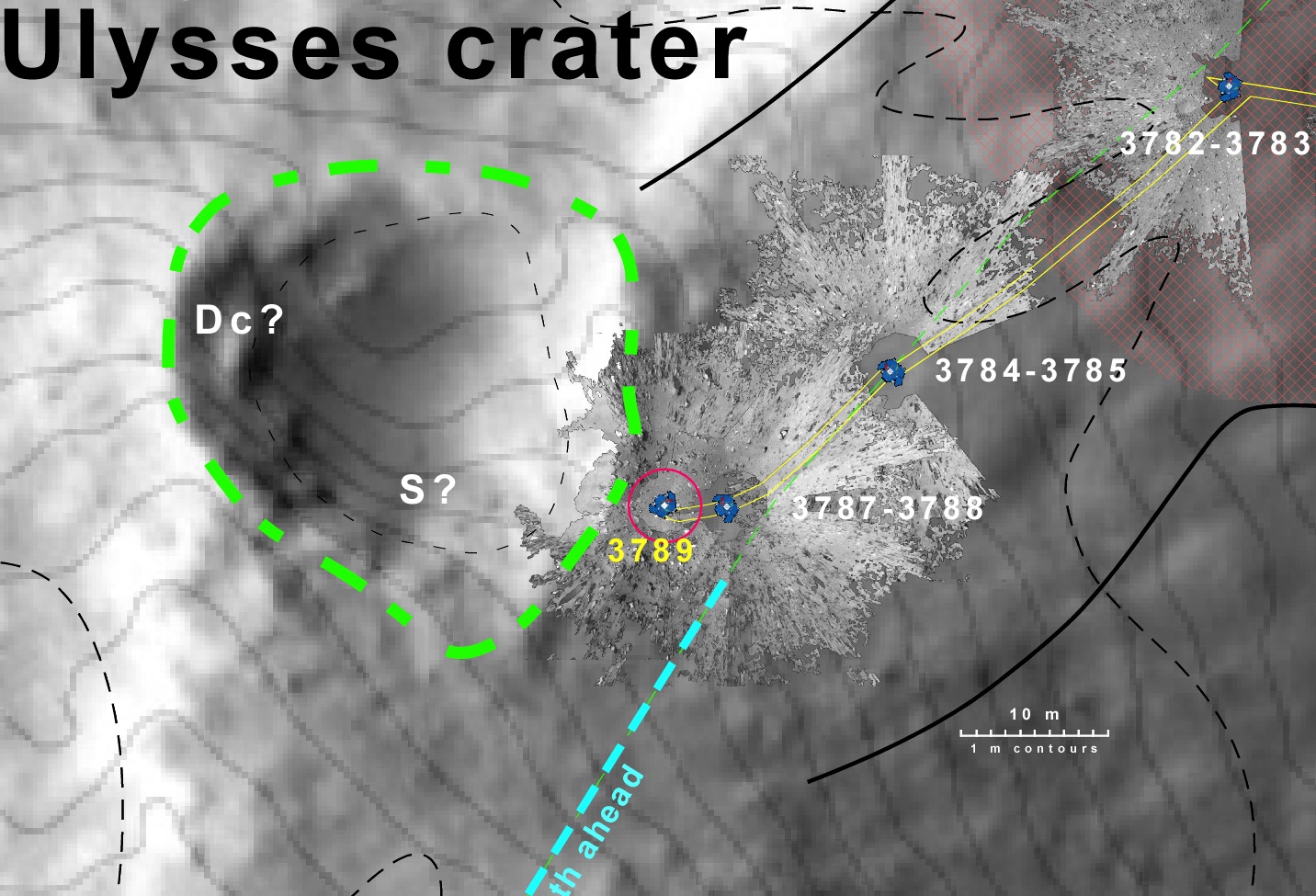 This is an overhead view of the location as of this sol. WE are attempting to approach the rim of this small impact crater ("Ulysses crater"). Already Opportunity is tiptoeing through a lot of scattered rocks blasted out from this small crater. It impacted the ridge here that appears to be capped with dark, basalt-like rocks. So there were lots of fragment scattered everywhere.  Around each rover location during the approach you can see patches of very high-resolution. These are the vertically projected Navcam mosaics that I have overlain on the MRO/HiRISE image. You can see rocks a few centimeters across.

And this is the view towards Ulysses crater from the current location. Next Opportunity will drive to the flat part of the rim for a look inside and a look for a rock to inspect up-close while it is at that task. Most likely there will be another "bump" forward to get a rock within the work volume.