Opportunity continues to work its way up Wdowiak Ridge as it ascend southward along the rim of Endeavour crater. Currently Opportunity is examining some rocks  that were excavated and thrown out of a nearby small impact crater, Ulysses crater. 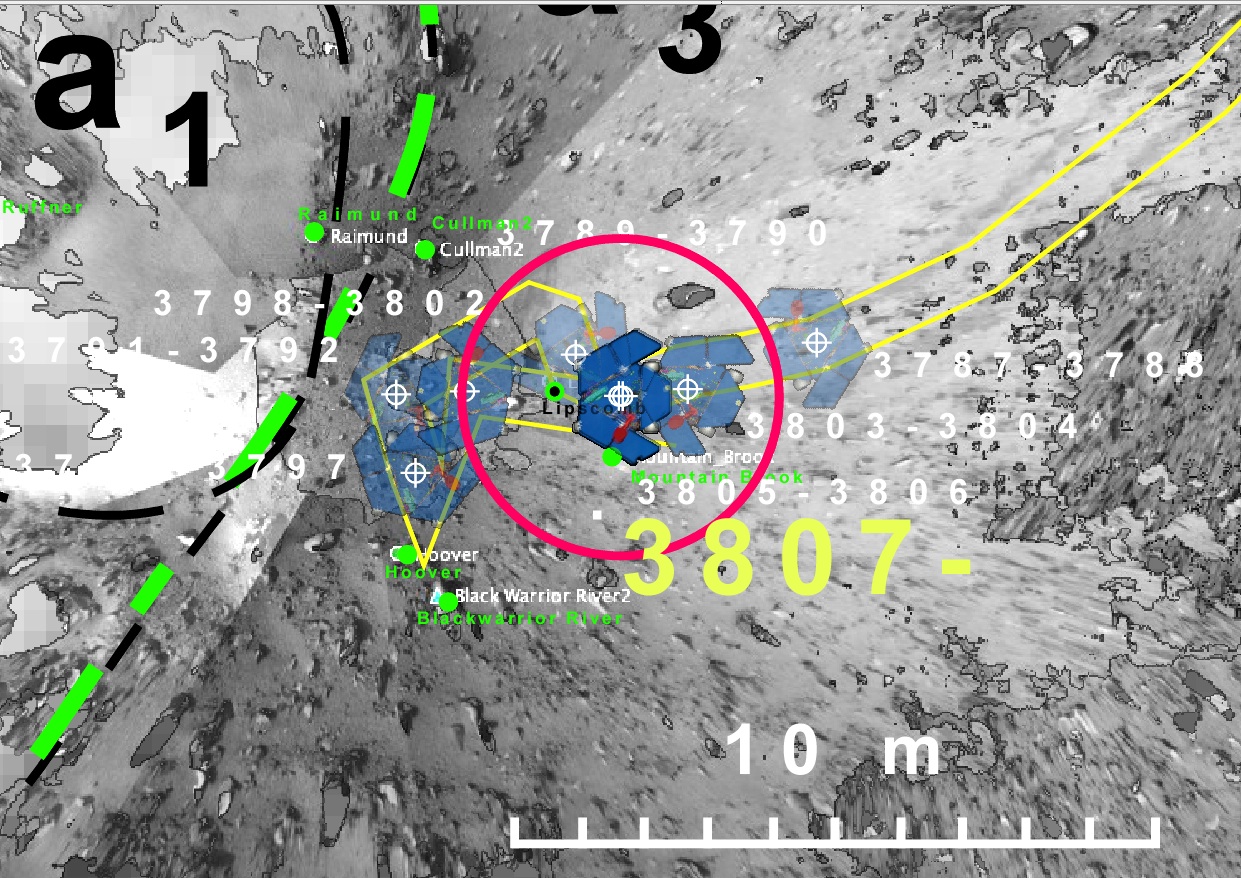 The various positions occupied by Opportunity as it works its way around several rock targets are shown on this overhead view of the local Navcam panoramas. 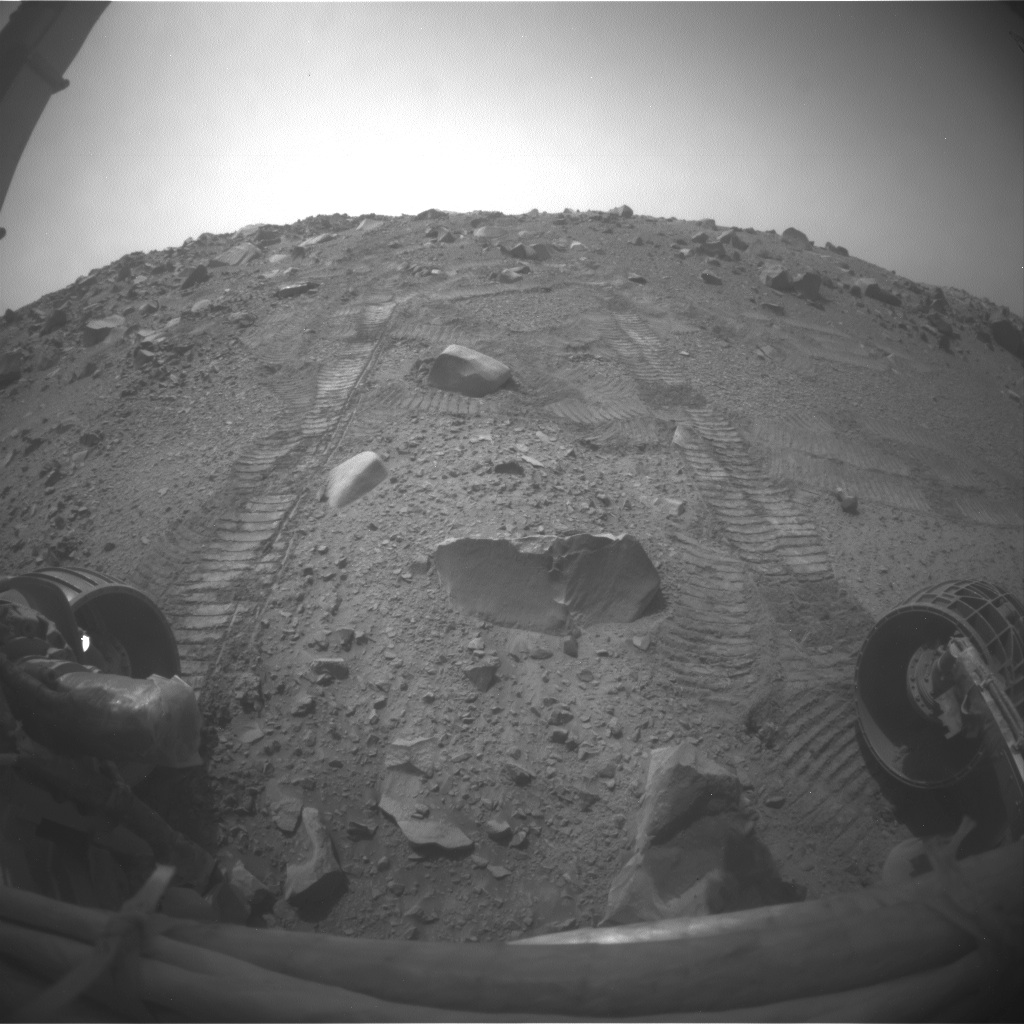 We are trying to get a good look at this rock that is currently in front of Opportunity. It is odd because it has a slabby layer or coating on the outside, yet is a different composition than most of the rocks along the crater rim. The abundance oif small rocks from the nearby crater ejecta is proving difficult to step around without slipping and tripping. 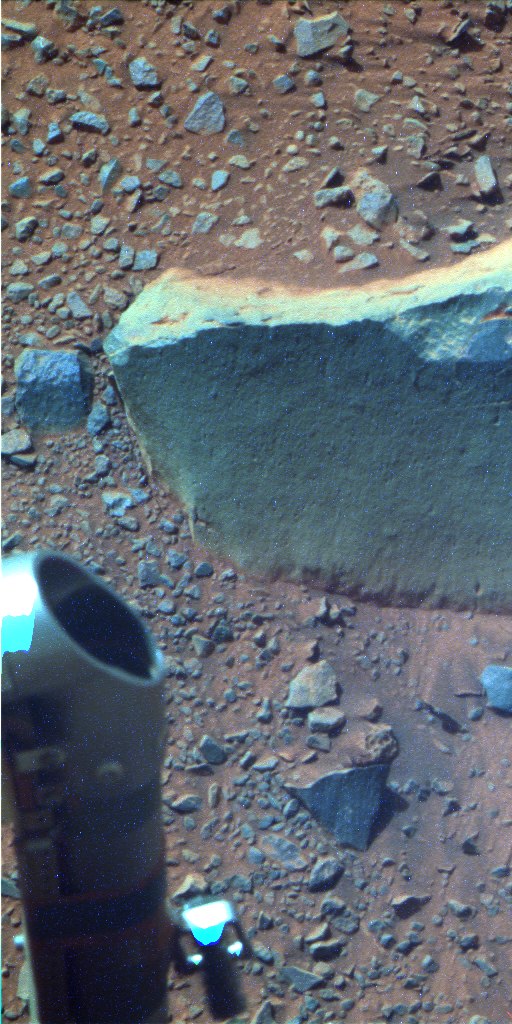 This is a view of the desired target in the Pancam image from this location. Nice and smooth. 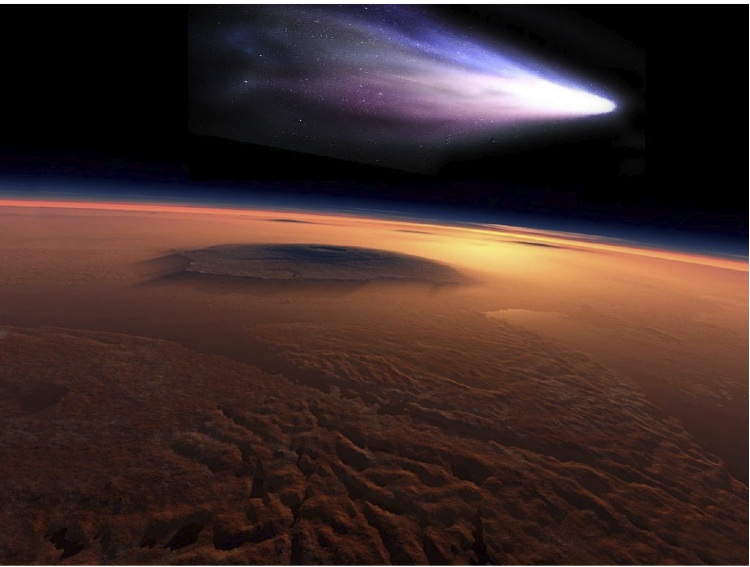 Opportunity will become a comet flyby mission beginning in mid-October. The comet Siding Springs will zoom past Mars at a distance of about 135,000 km on October 19. There will be several opportunities to observe it in the days leag=ding up to the flyby. In preparation for making the observation we have been doing a series of test of the pointing and correct exposure, among other things. 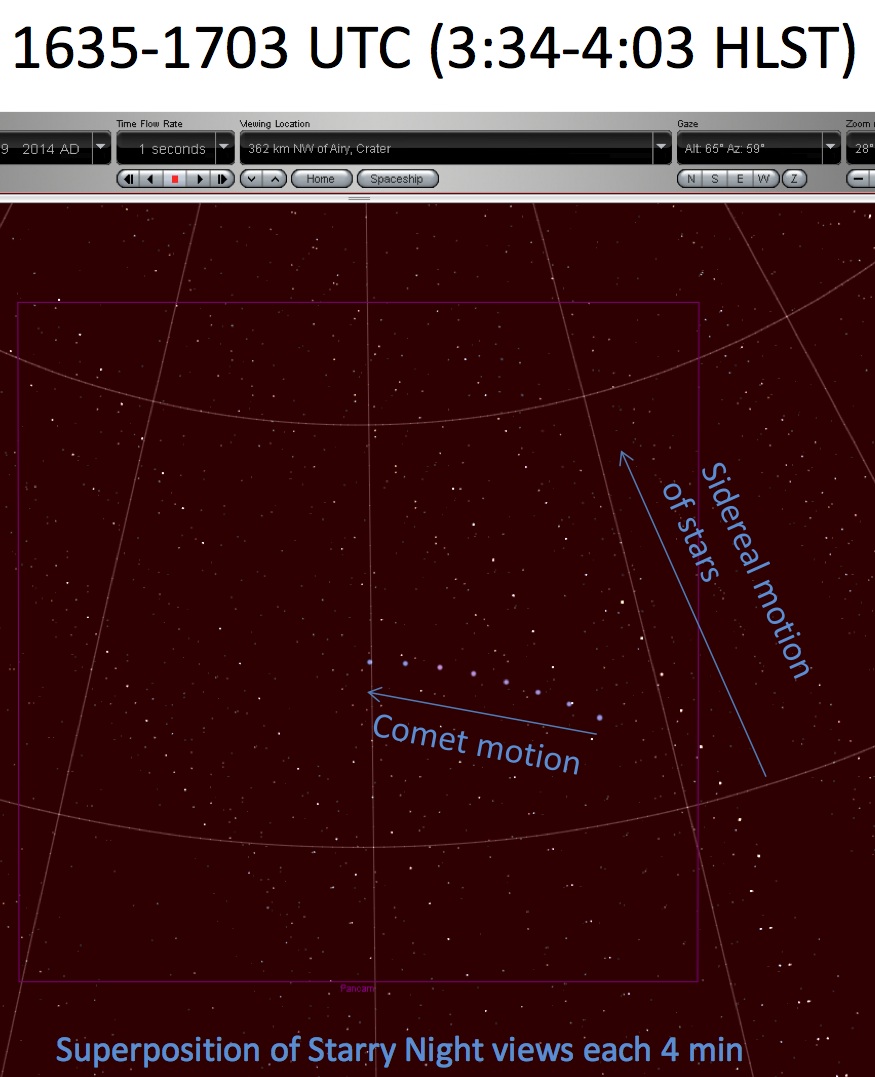 Mark Lemmon and the Pancam team have been working on the geometry and here are a few images that give you an idea of the plan. The observation will occur before the sun is up and at an elevation of about 60 degrees above the horizon, so a scenic shot will be pretty much impossible. We are thinking about maybe getting images after sunrise so we will have a composite image to work with. 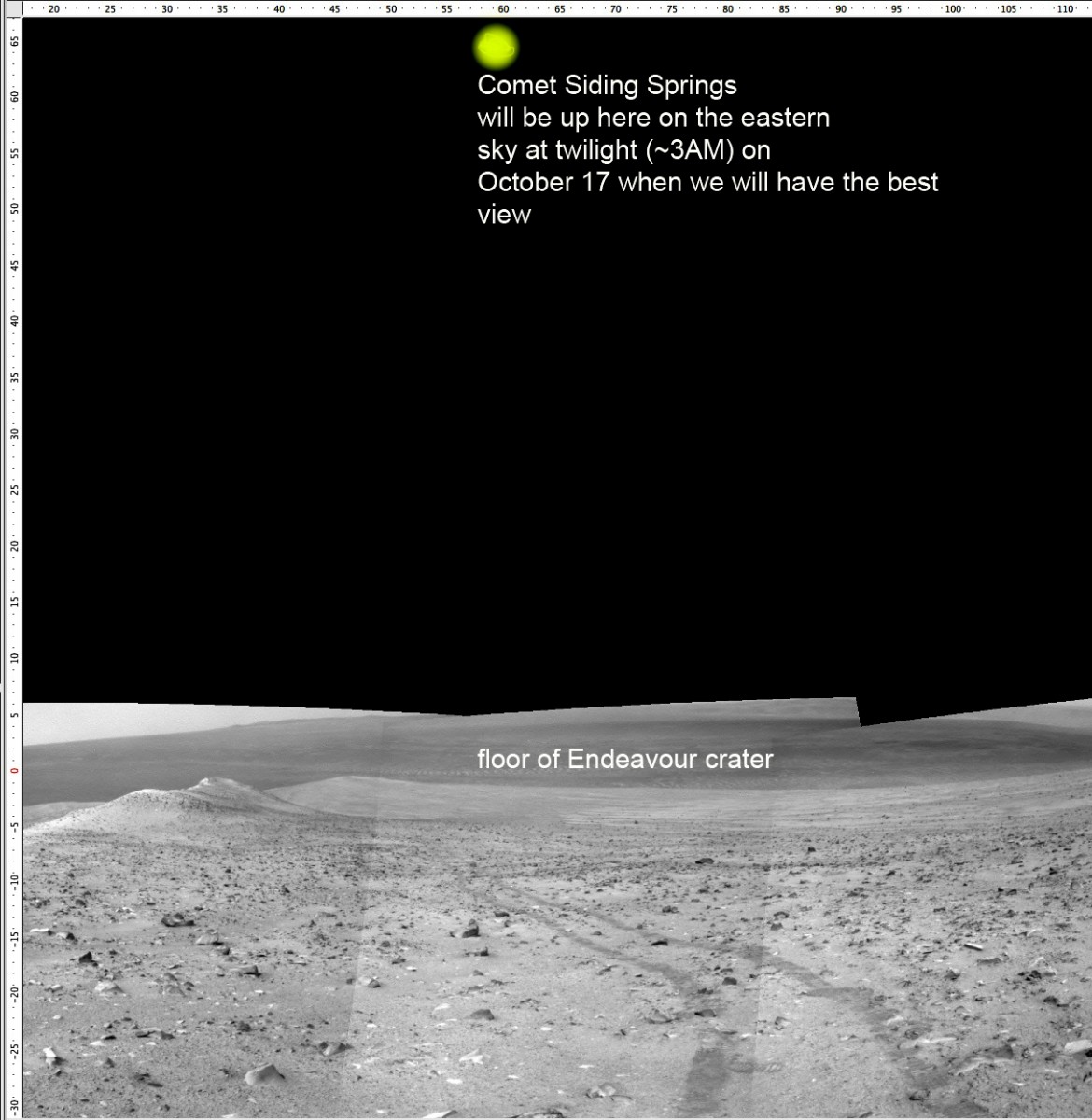 To get a sense of the geometry, here is the current view across the floor of the 12 mile wide Endeavour crater, looking east. I have very roughly indicated where the comet will be according to current predicts.=. During our first attempt at imaging before closest approach, the comet will be about 60 degrees above the horizon.