Opportunity finished up its work on Wdowiak Ridge and has now continued southward along the rim of Endeavour crater. The ultimate goal is a large valley cutting through the crater rim that we have informally named “Marathon Valley”. 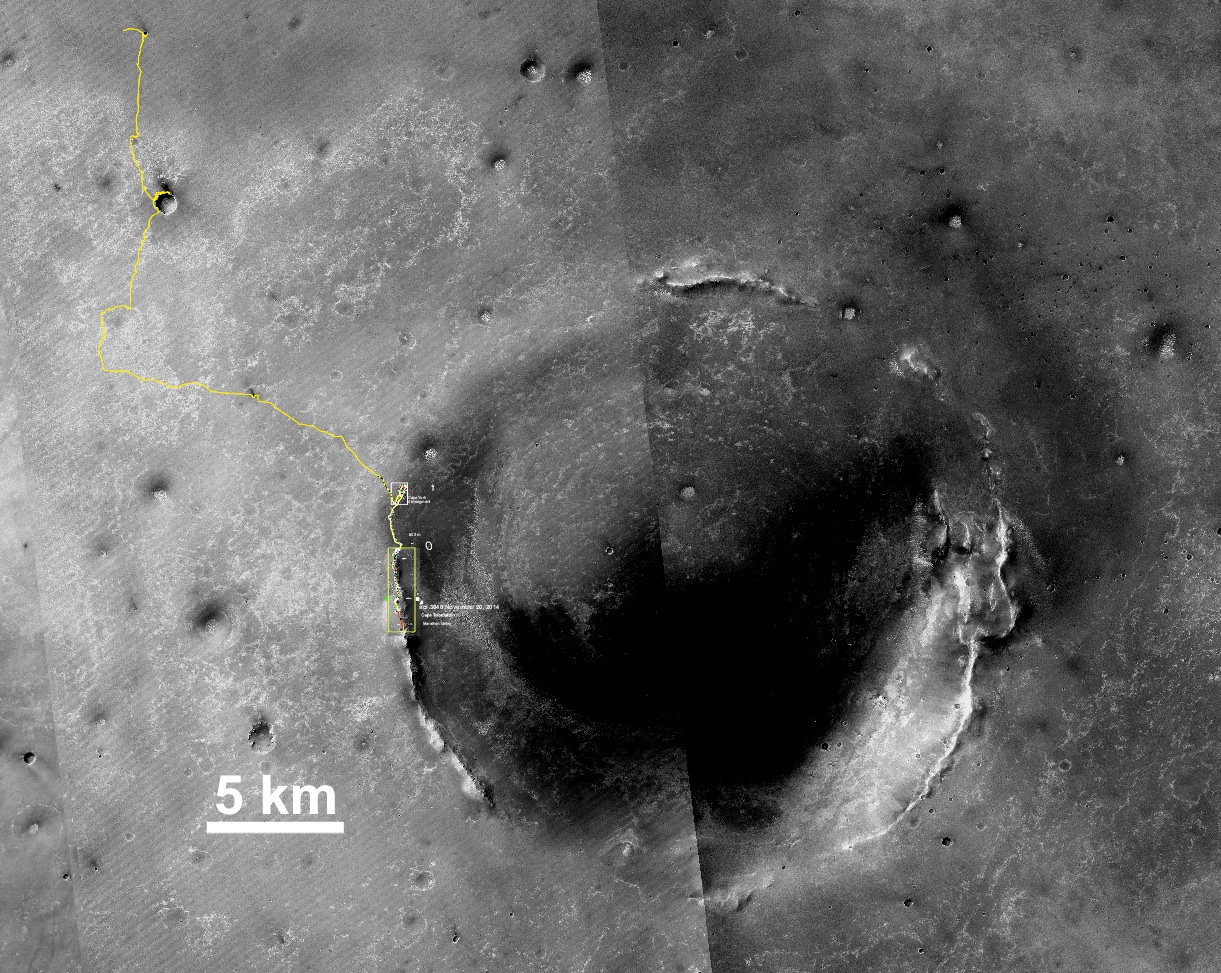 Opportunity is making progress along the western rim. Endeavour crater is about 22 km across or about the size of the Valles Caldera west of Santa Fe  here in New Mexico. The yellow line shows the full traverse from landing site to the current location on the rim of Endeavour crater, about 25 miles of traverse.

This image shows how much we have progressed since the last report. The red line shows how far we need to go to get to Marathon Valley. We spent a lot of time at a small crater (“Ulysses crater”) there on the western end of Wdowiak ridge  where we looked at some of the ejecta blocks. Many had some strange slab-like layers on the exteriors that begged for examination. And there were so many rocks in the ejecta field around the crater that Opportunity had trouble maneuvering quickly. 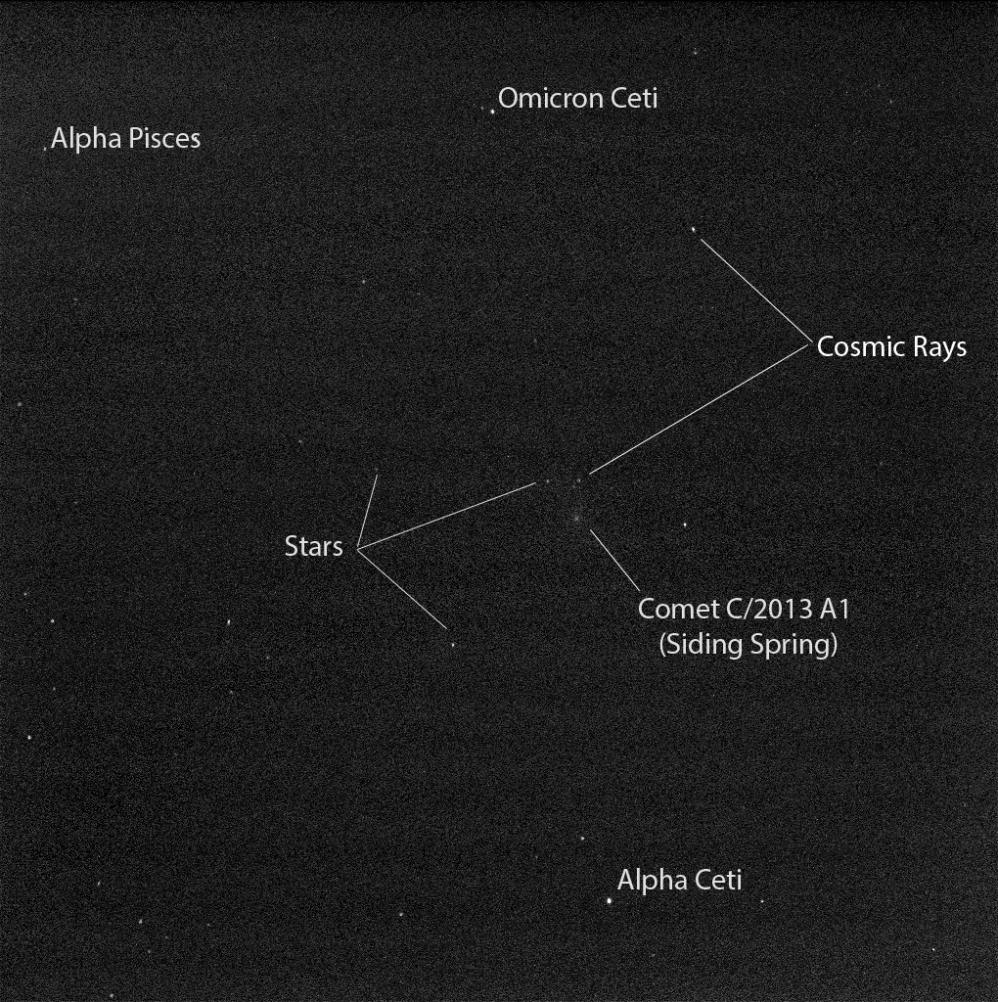 Also, while working on the ejecta at Ulysses crater on Wdowiak Ridge, Opportunity made successful Oct 19 3AM observations of the comet Siding Springs, that zipped past Mars at 140,000 km distance. Opportunity nailed the comet precisely.

Since leaving Wdowiak Ridge Opportunity has ascended along the ridge towards a series of fractures just west of the crater rim ridge crest. Other wise there has been a lot of soil/regolith obscuring the ground. These are current views from the Navcam looking north and east-southeast. 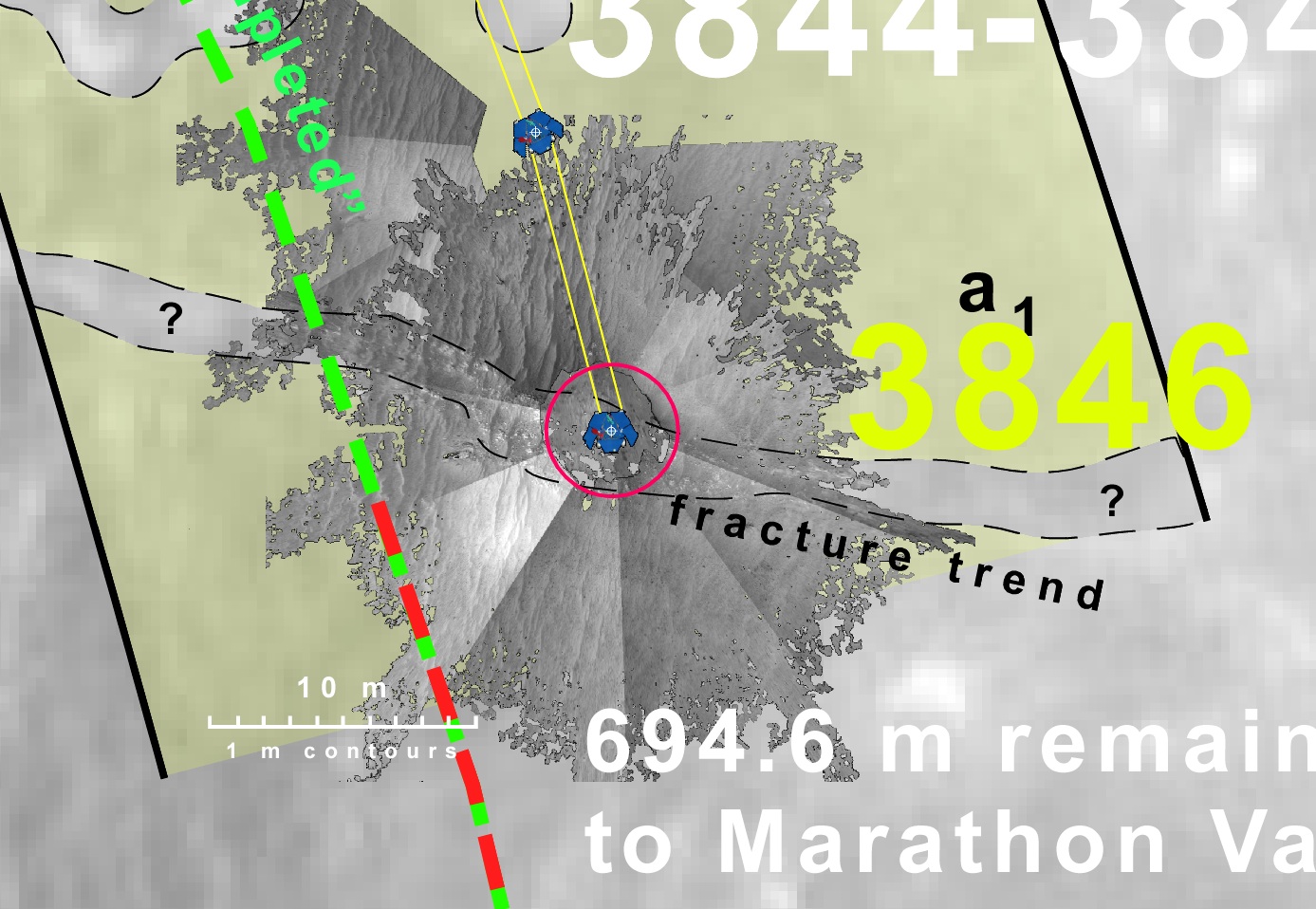 But here there is an unusual linear outcrop trending almost at right angles to the crater rim. It is a potential deep-seated fracture along which aqueous fluid moved a long time ago. So we thought that we should give it a good checkout. We may be here over the Thanksgiving holiday studying this outcrop, especially if it turns out to be interesting. Aside from the unusual linear outcrop, there is a commanding view from this elevated position on the rim. The panoramic views will get better if the dust levels ever fall from the recent dust storms that moved through here. 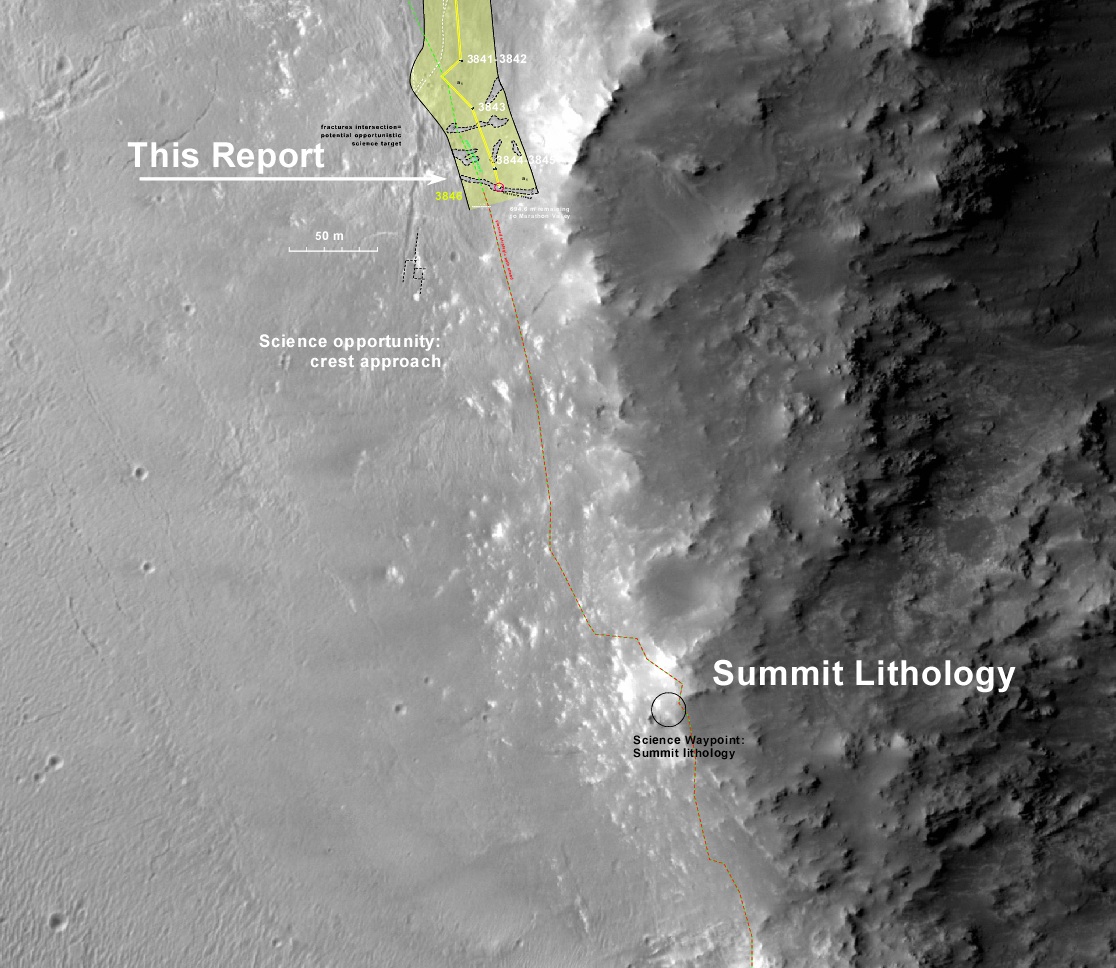 Once we finish up here we expect a rapid traverse to the summit where Opportunity will have an exceptional view of the crater and the surrounding plains. In fact, this will likely be the highest point that Opportunity will ever attain. Current plans are to arrive at the summit no later than early January. But maybe the progress will be quicker. From there it will be down hill to Marathon Valley by March 2015. At least, that is the plan.