On January 23, Opportunity celebrated its 12 anniversary of landing on Mars. During that time we have driven the rover over 42  kilometers across the surface of Mars, seen more terrain, and more sunrises and sunsets on Mars than anyone before. Currently Opportunity is continuing its slow winter on Mars campaign exploring the south side of Marathon Valley here on the west rim of Endeavour crater. Winter solstice was January 3 Endeavour crater is an ancient crater, dating from the time when Mars had considerably more water. Like many Martian craters from this time period, there is evidence from orbital observations that the rocks were altered to clay….that’s how wet it was. Opportunity is the first explorer to have a look at these altered rocks that occur in the rims of big and old craters. 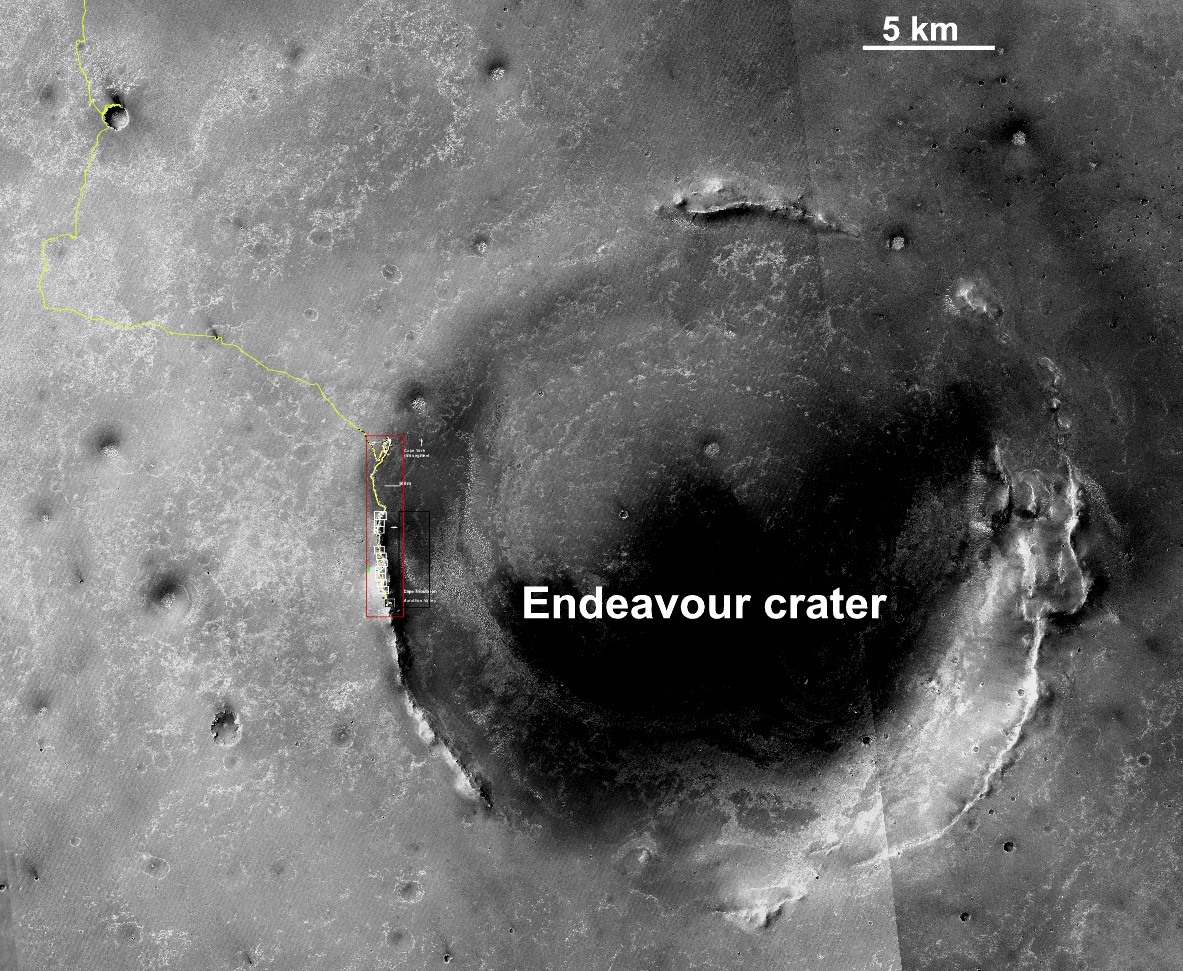 Above. Overview of Opportunity’s traverse thus far and as of its 12th anniversary on Mars. 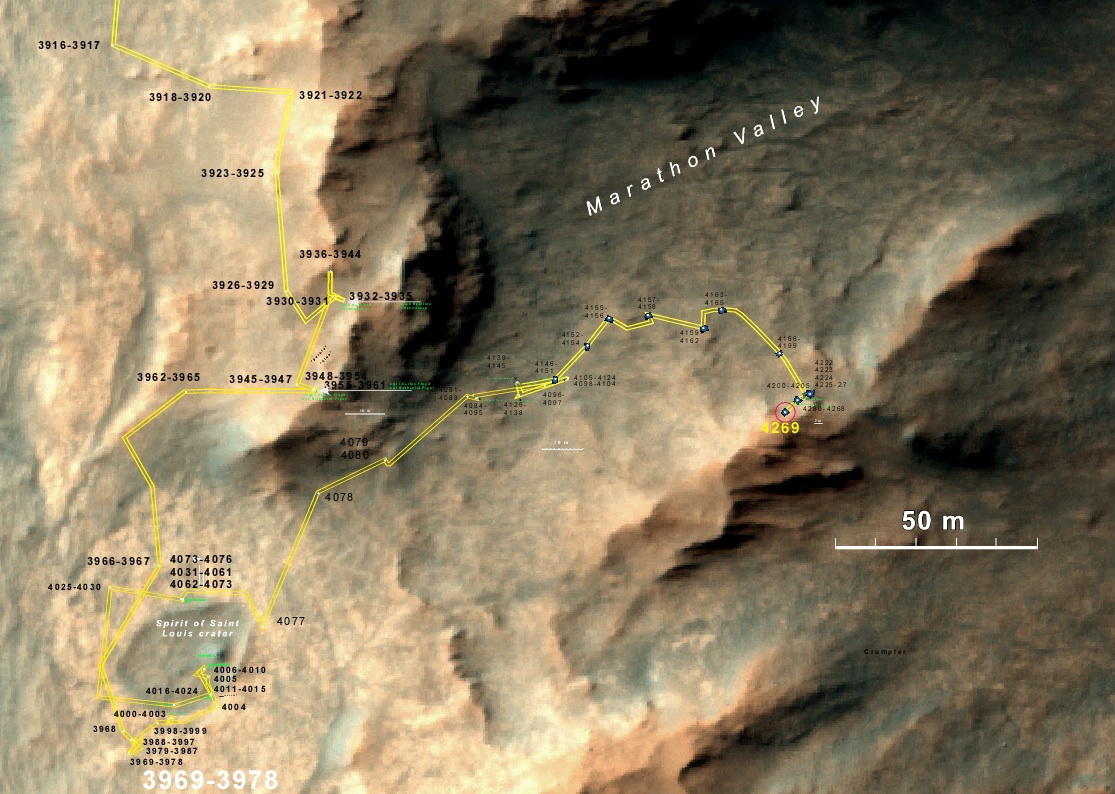 Above. View of Opportunity’s current position within Marathon Valley. We are currently headed west toward a prominent outcrop on the south valley wall. Opportunity is tilted more than 20 degrees north here on the valley wall, which is very good for winter power. 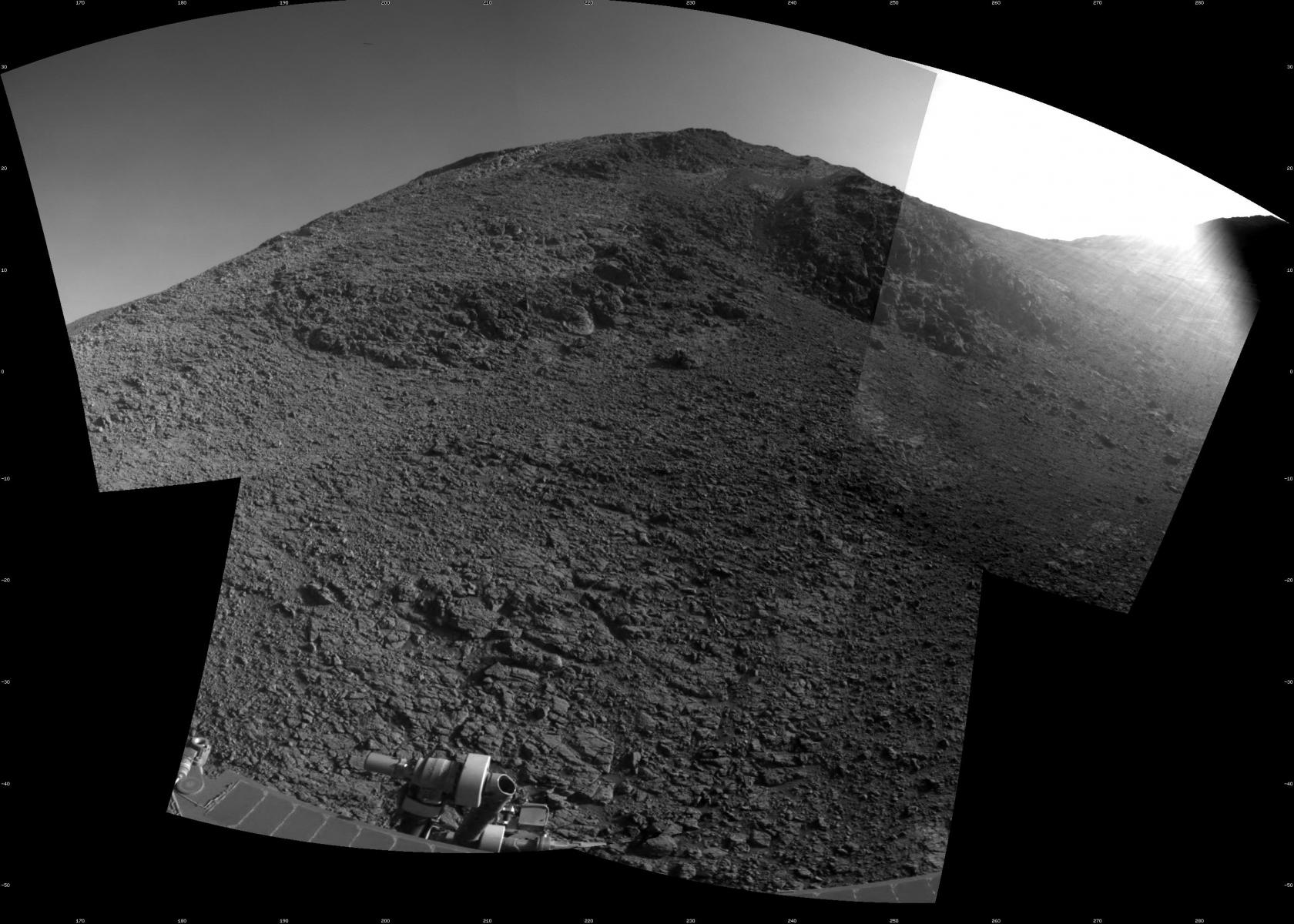 Above. Latest image from January 27 looking at the outcrop after a short drive.

Color Pancam mosaic of the western valley. Opportunity will be leaving the valley in this direction at the end of the winter. 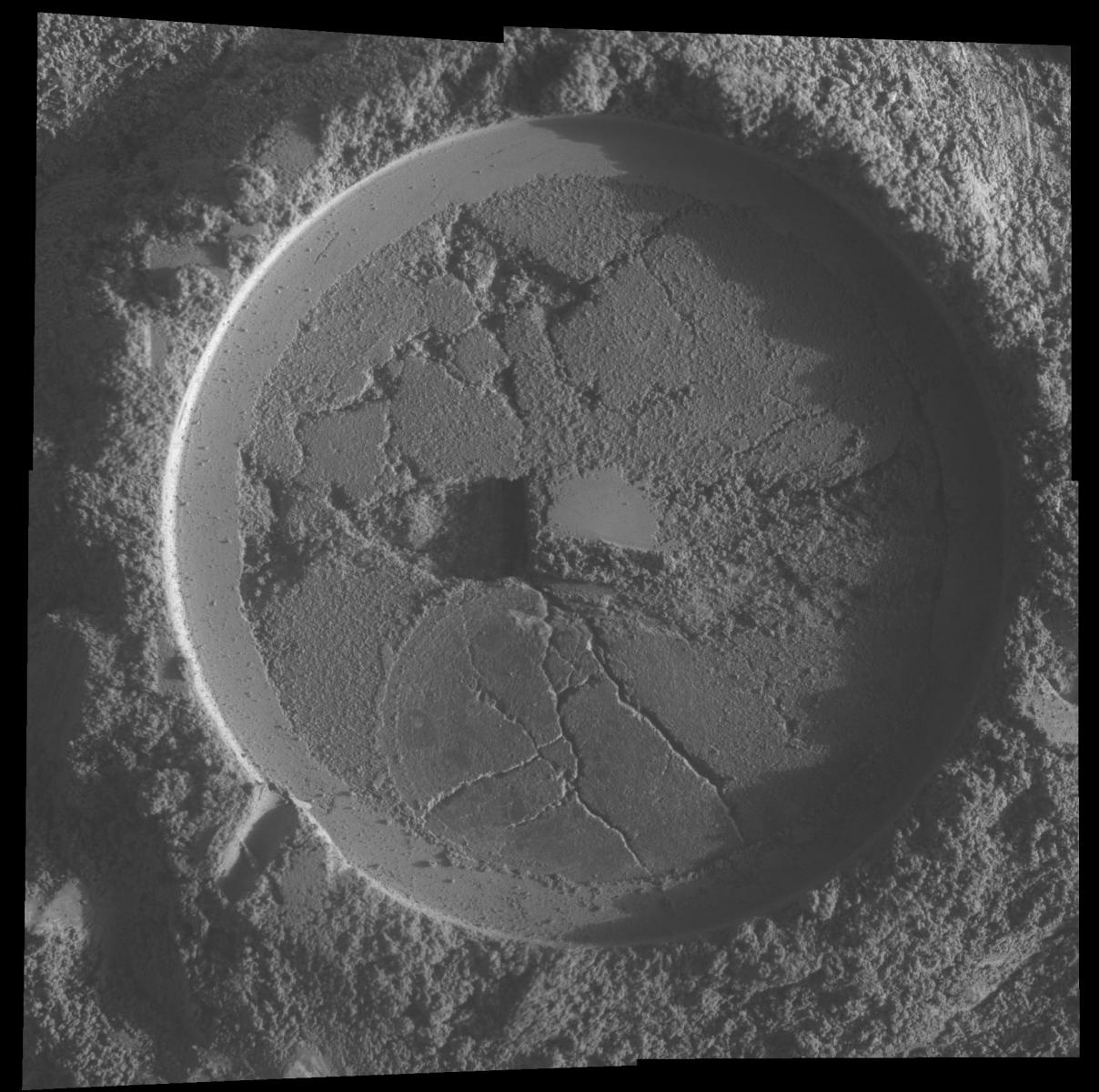 The latest Rock Abrasion Tool (RAT) hole. This is a Microscopic imager mosaic of 4 frames and is  about 6 cm across.