Sol 4365 - Opportunity and the Clay-rich Outcrop

Opportunity  arrived at its current location on sol 4345 to begin investigation of an outcrop on the crest of a ridge near the west end of Marathon Valley. This outcrop and the ridge to the east of it appear in MRO/CRISM (orbital remote sensing) data to have significant concentrations of clay minerals. The outcrops here are pretty strange actually, with all sorts of fractures, apparent alteration along fractures, and odd color-marbled outcrops. So far Opportunity has looked at the outcrop with and without brushing. A Rock Abrasion Tool activity on the outcrop was done and initial chemically results say that it is the same as un-RATed, which is weird. There is always a difference. 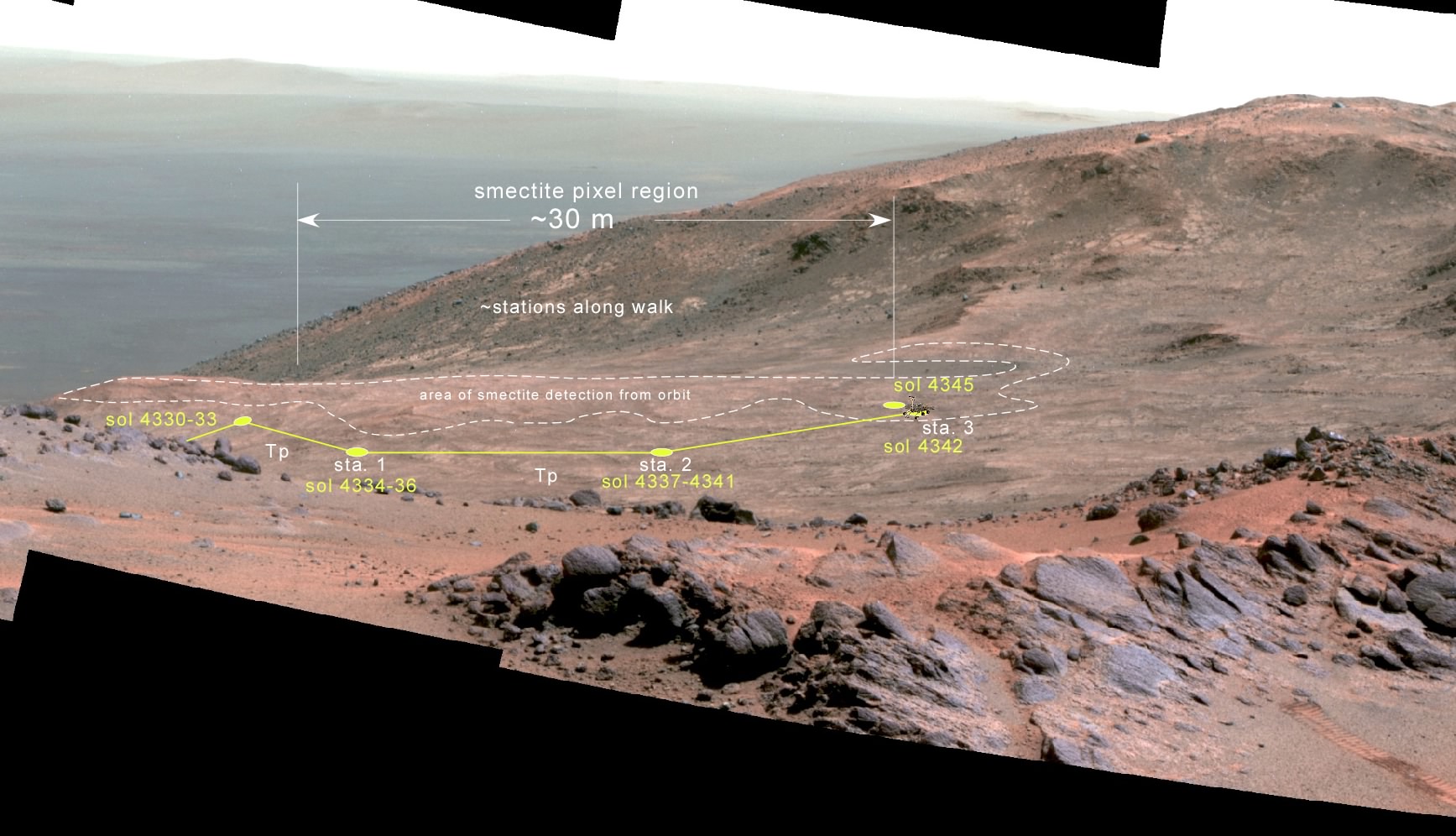 Above is a perspective view, using a Pancam mosaic acquired back on sol 3937, of Opportunity's current location and its drives just before arriving at its current position over on the right side of the image. This is a relatively horizontal ridge top just inside the rim of Endeavour crater, so the slopes in the background go all the way to the floor of the crater.  From orbit this area really "lights up" in the clay mineral detection spectra. 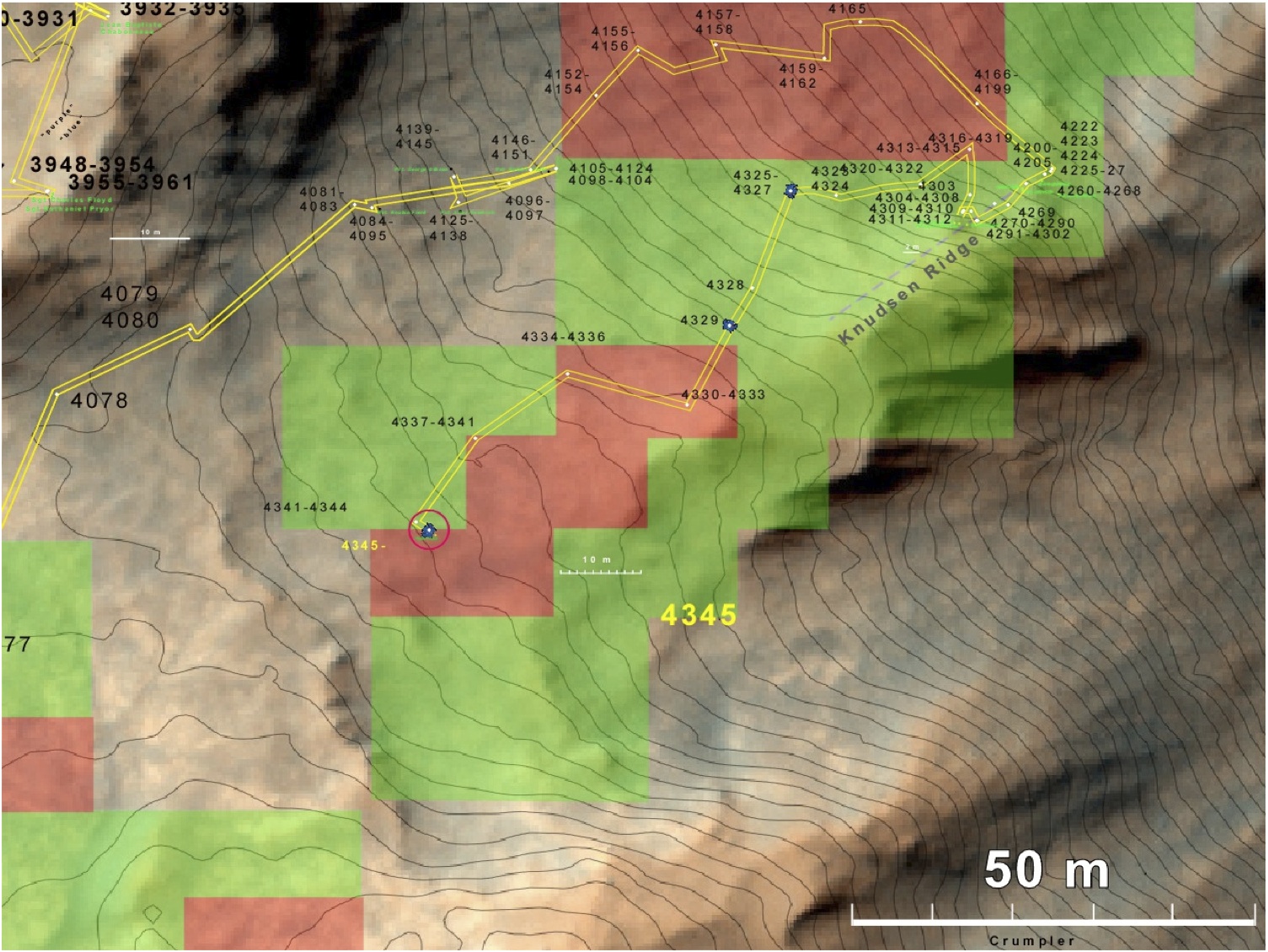 From orbit the areas shown in red above shows strong spectral signals of clay minerals. The green areas show the presence of clay, just not as strong. Opportunity's path follows the north side of the "red clay zone" and stopped at a series of stations to get Pancam overview mosaics before arriving at its current location just inside  the red area. So this outcrop being examined right now is part of the presumed clay-rich area and we want to see what's so special about the rocks here. The contour intervals are 1 m and are based on analysis of stereo image pairs acquired by MRO/HiRISE, then overlain onone of the MRO/HiRISE images from the pair. 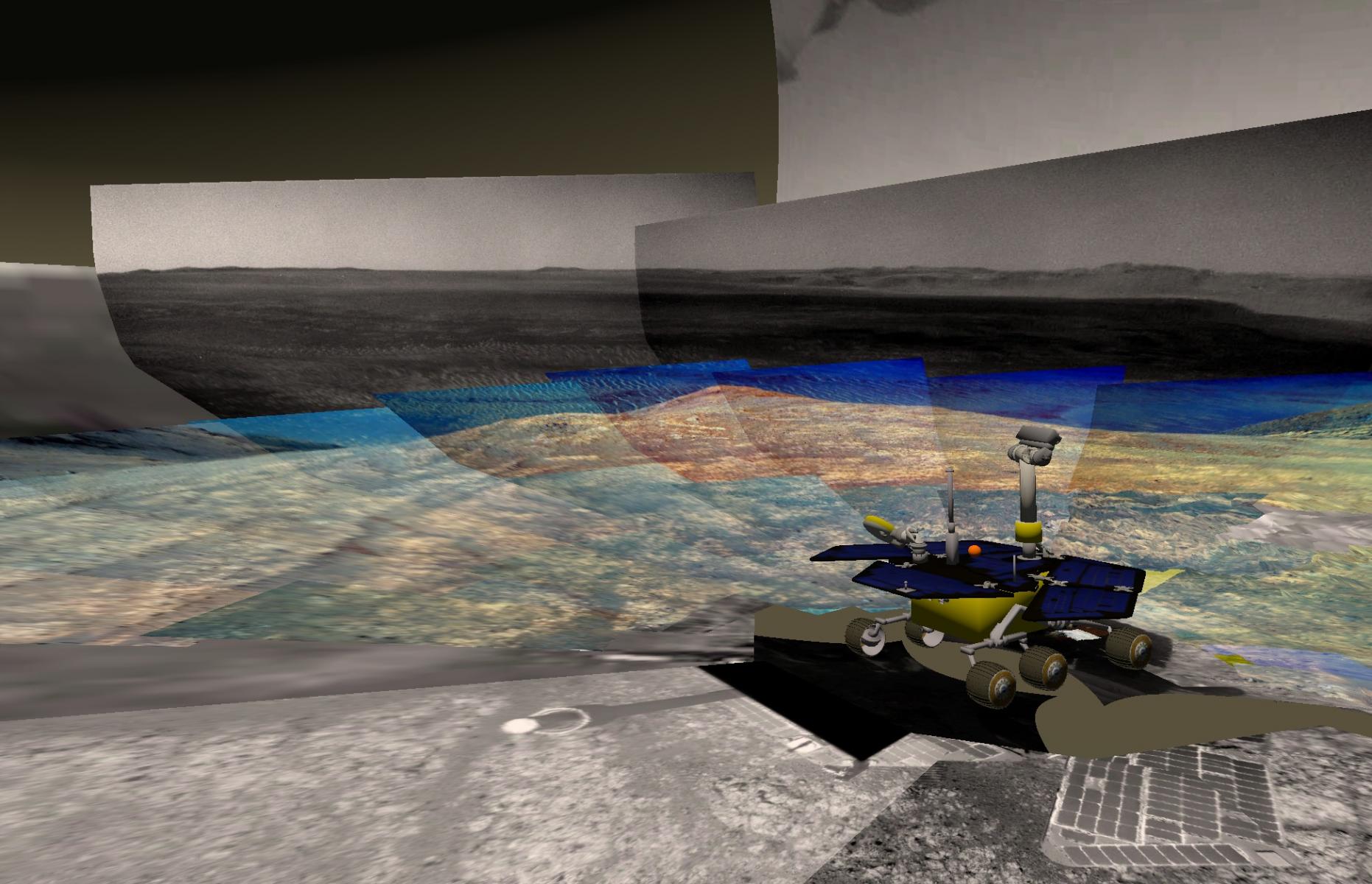 This shows the view looking from a position just west of Opportunity. The view covers the area of current Pancam and Navcam coverage from Opportunity and out to the east across Endeavour crater and 22 kilometers to the far rim. Opportunity has its instruments deployed onto the outcrop here. We are using a naming theme here that uses names of members of the Lewis and Clark  Corp of Discovery. The current outcrop target is named Pierre Pinaut_3.

Here is a look at the current Pancam sweep across the top of the ridge centered looking east. The path coming in here is shown as a series of "stations" on the left side of the mosaic. The strange fractures and textures are outlined. The outcrop that we are currently looking at is just under the rover "arm" in the lower right.

A View of the outcrop. 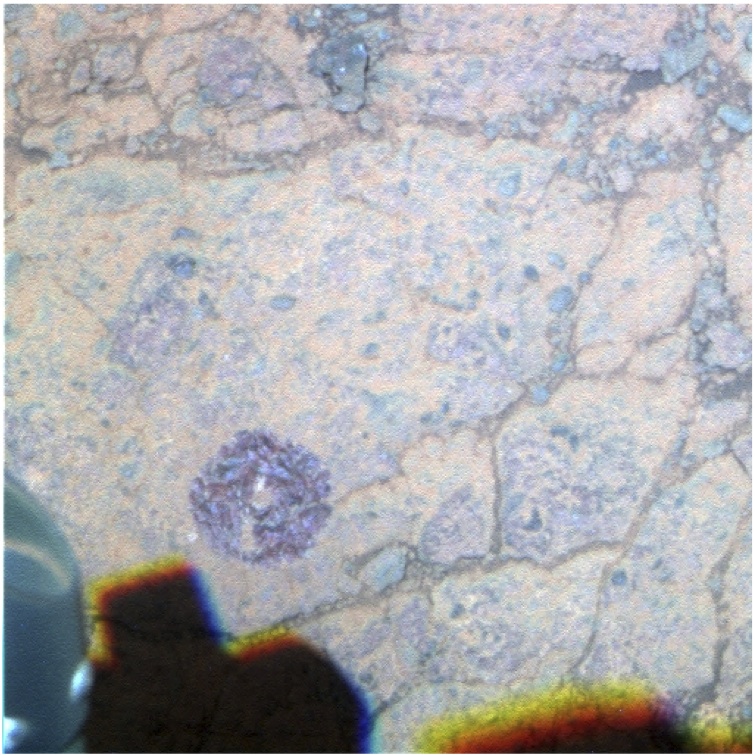 A look at the target after brushing dust off.

Next we hope to use a wheel to scuff across one of the fractures. One currently under Opportunity has suspiciously red rocks just inside the fracture.