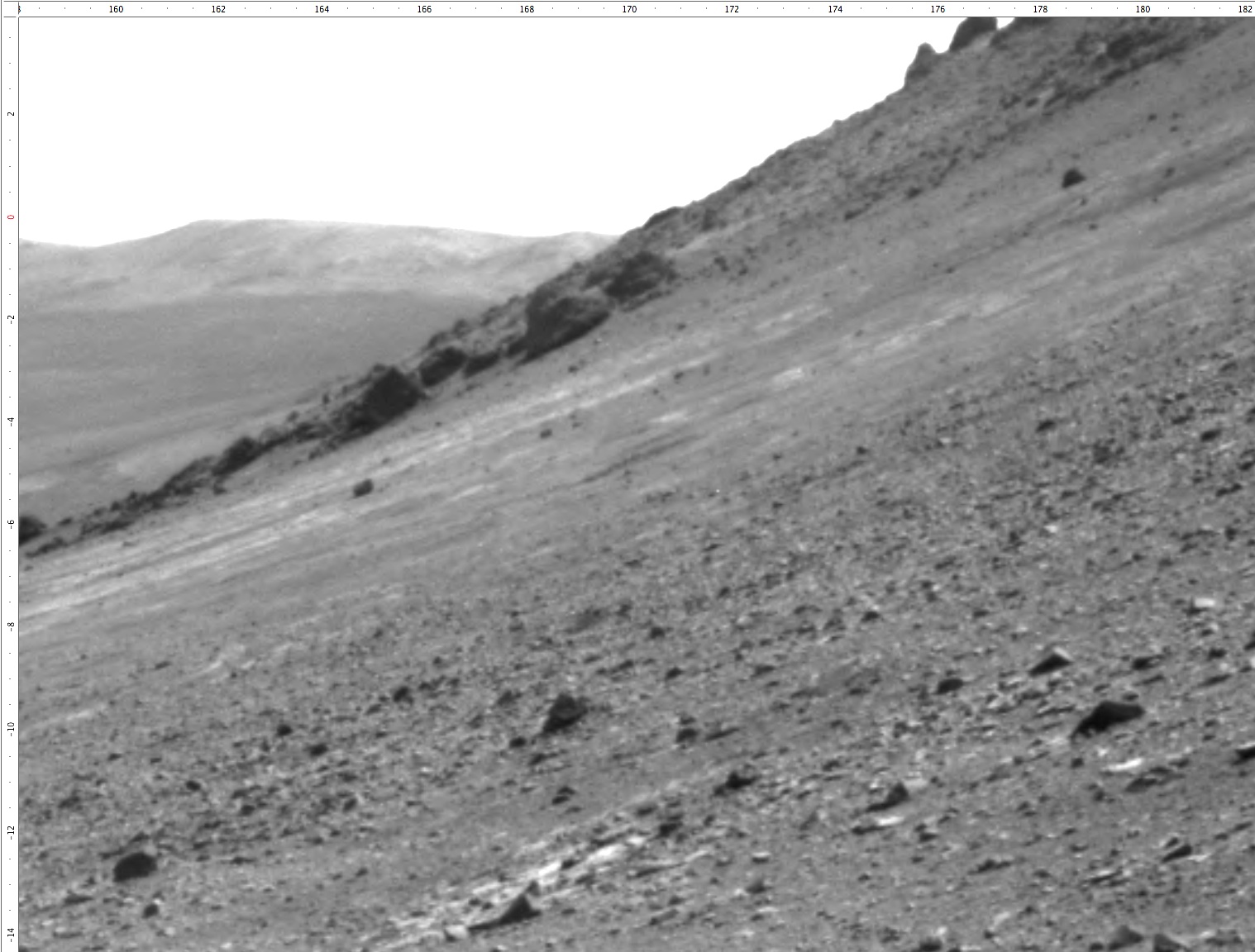 Hopefully the brakes are good! For a rover that originally landed 12 years ago on what amounts to a flat parking lot, the current terrain is about as different and  rugged as any mountain goat rover could handle.  On this sol Opportunity continued to climb up the inner crater wall of Endeavour crater. This view is part of the end-of-drive Navcam panorama from this sol. The view is to the southeast and shows how steep the local gterrain is. Also in the far left you can see the rim and floor of the 22-km diameter Endeavour impact crater wrapping around to the south. 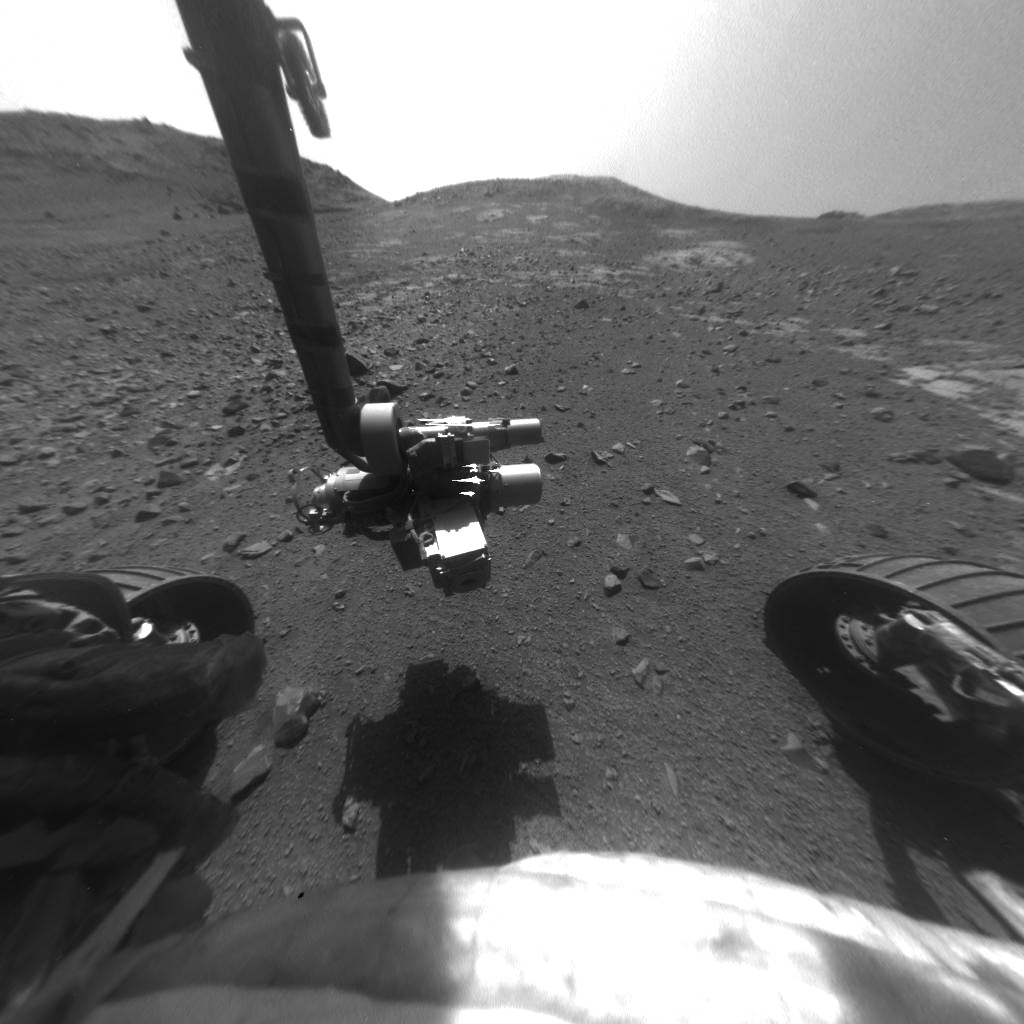 The slopes here exceed 20 degrees and the surface consists of flat outcrops of impact breccias covered with tiny rocks that act like ball bearings. Anyone who has attempted to walk on a 20 degree slope with a covering of fine pebbles on hard outcrop can attest to the difficulty. Opportunity has been operating at these extreme slope for several months. But going down hill is one thing, And going back up hill is another entirely. This is a front hazcam view looking up slope at the end of this most recent drive. 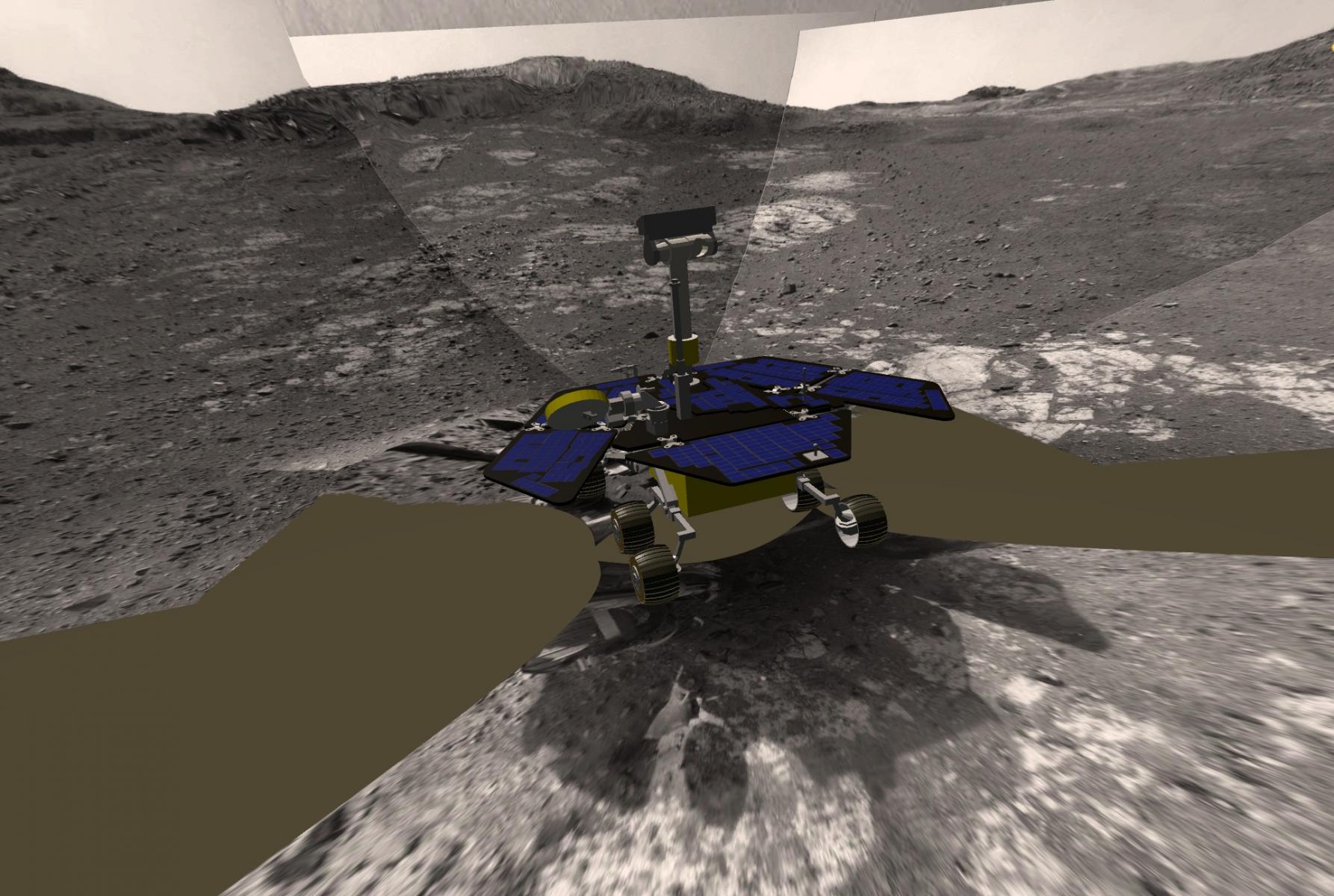 Opportunity has been driving almost every day over the past week. On this sol and the next Opportunity is driving uphill, seeking a path to the crater rim which is somewhere up there in the distance. The big escarpment uphill is "Beacopn Rock", a wall of dark rocks capping the brighter impact breccias. In the next couple of drives we will see how we want to handle getting around that. Up there beyond Beacon Rock is the crater rim and the ultimate goal for the first of the new year. 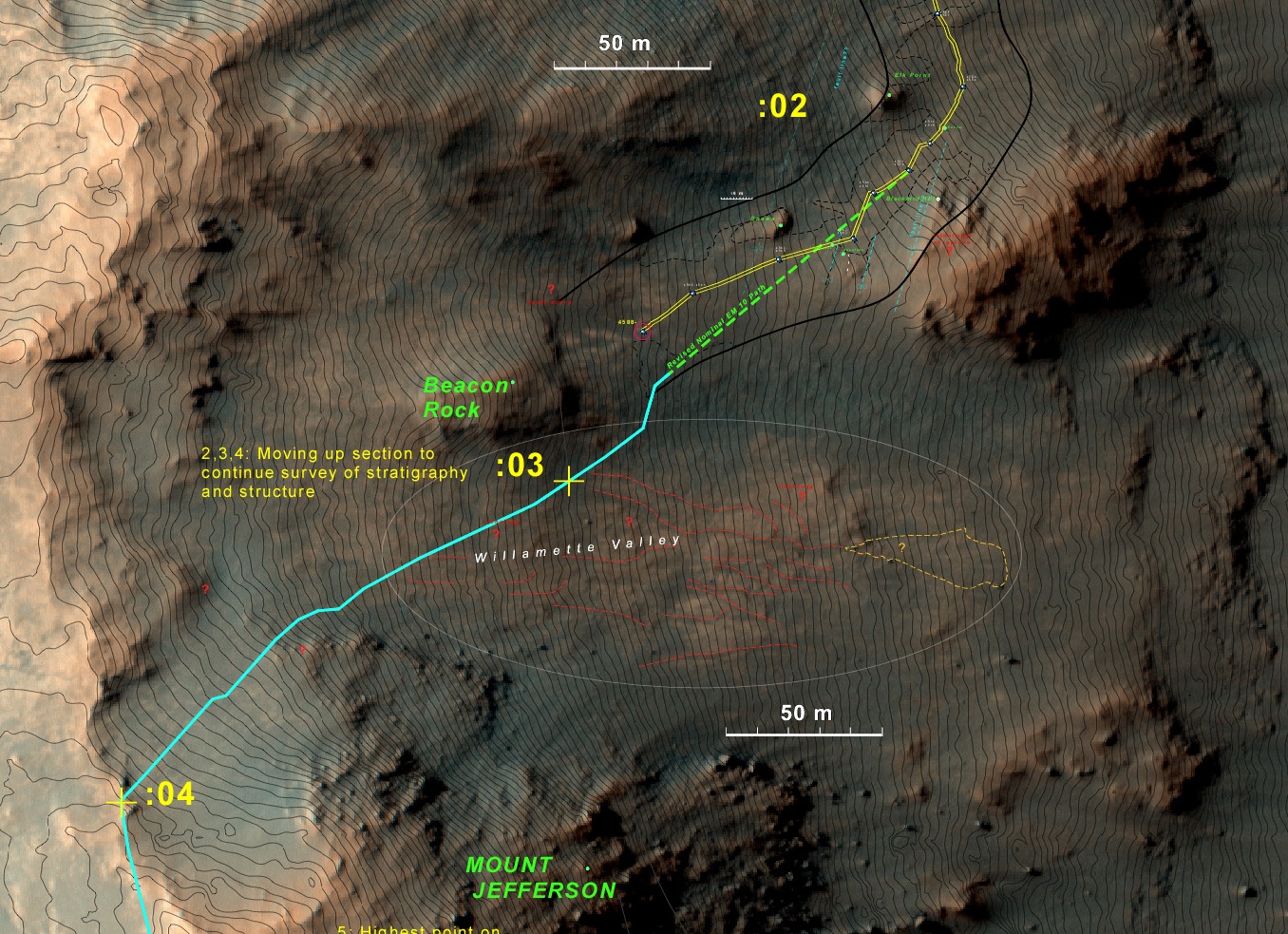 For the coming holiday we hope to park Opportunity with a good view of the valley to the south. That valley has  some suspiciously parallel grooves....