For nearly two years Opportunity's world has been tilted 10-25 degrees as it drove down to the lower slopes of the crater wall. Toward the end of last week Opportunity pulled itself up and over the lip of the crater. It has now begun drives to the south along the rim.  It is refreshing to see a panorama that consist of untilted frames! Incidentally Opportunity ascended 160 meters from the lower walls of Endeavour crater in just three months and is now in the 14th year of operations on Mars. 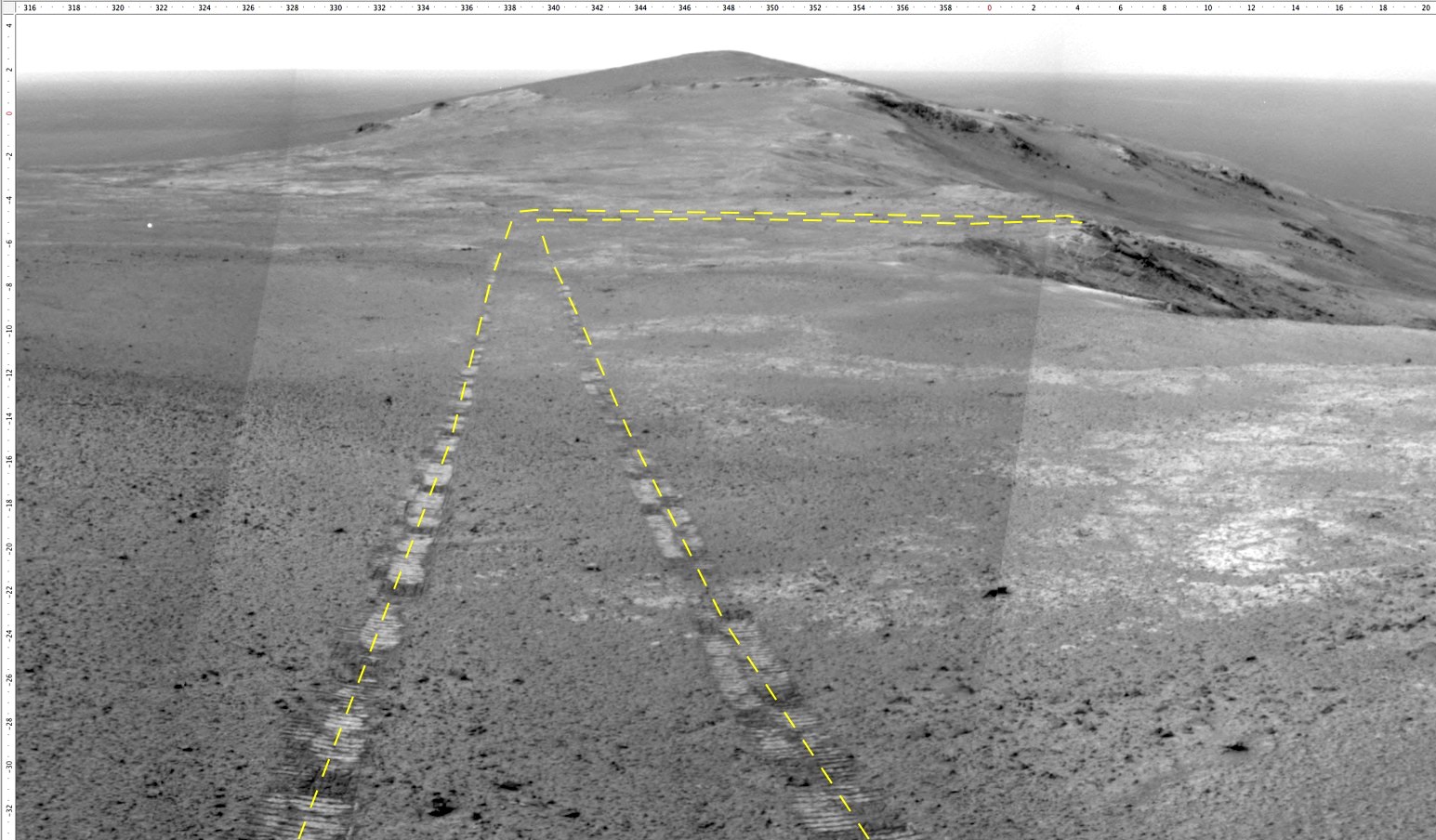 Check out the view north and behind us. The tracks make a right angle back there and emerge from the abyss on the right. Also, note that the horizon is muted. This is because of the regional dust storm that is occurring at this time.

We have for the first time seen billowing clouds of dust much like a dusty day here in New Mexico. Here is  view looking north at the horizon, which is the north rim of Endeavour crater. If you look at the horizon line, you can see that a part of the horizon is obscured by a cloud of dust.

This means that Martian dust storms are somewhat similar to typical dust storms here in Albuquerque. Below is an image that I took from the Albuquerque airport just a couple of days ago, almost the same day that the above image was acquired on Mars. You can see that dust gets lifted as local billows that then mix with the air and get lofted until the whole area is dusty. Mars is like New Mexico, just more so.