Opportunity is doing a geologic walkabout at the entrance to Perseverance Valley. There is an odd trough-like feature leading into the entrance of the valley and the natural suspicion is that it could be the water course that supplied the valley. We would like to get a look at the geologyto see if that is what formed the trough. Also, once Opportunity starts descending the valley, it will not be driving back up slope. We fully intend to exit out the bottom of the valley inside Endeavour crater. So any questions we have about bwhat went into the valley to form it, we need to ask and answer now.

Mean while, there is the mater of solar conjunction coming up in  a few weeks. Solar conjunction is a period of two to three weeks during which Mars is behind the sun or nearly so, and communications wibetween Earth and Mars is a bit sketchy. We have decided to wait outside the valley until solar conjunction is over. Then Opportunity will begin the descent in ernest. That will be around the beginning of August. 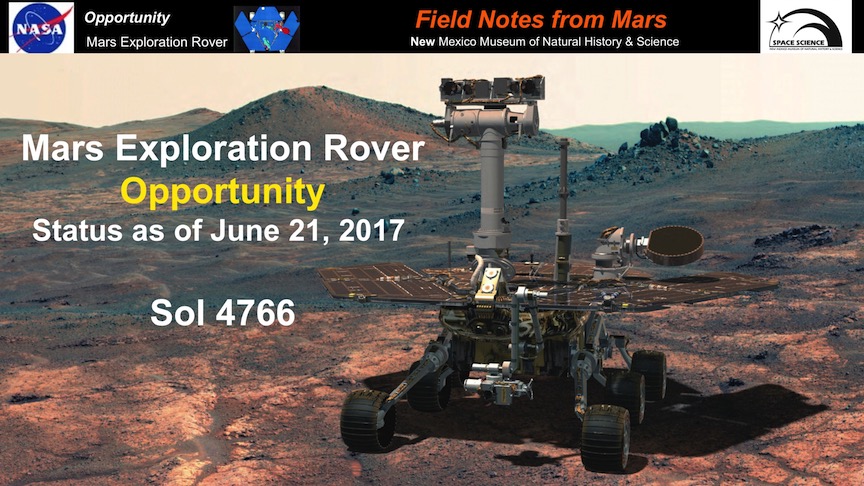 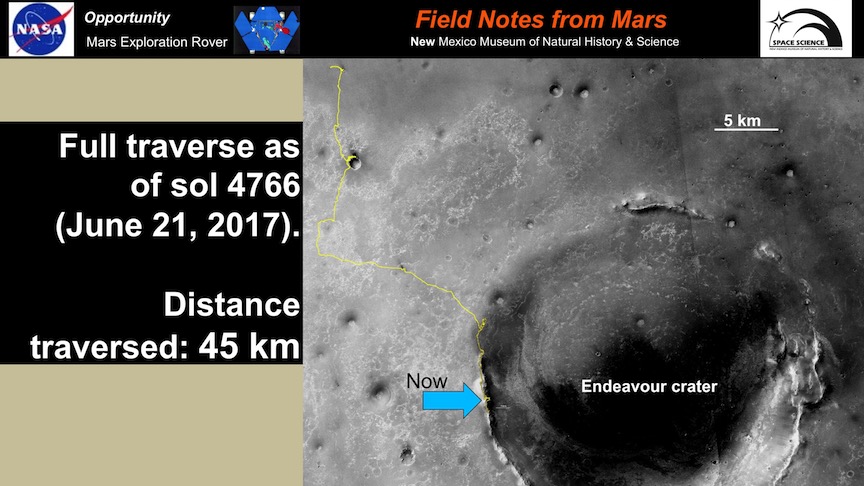 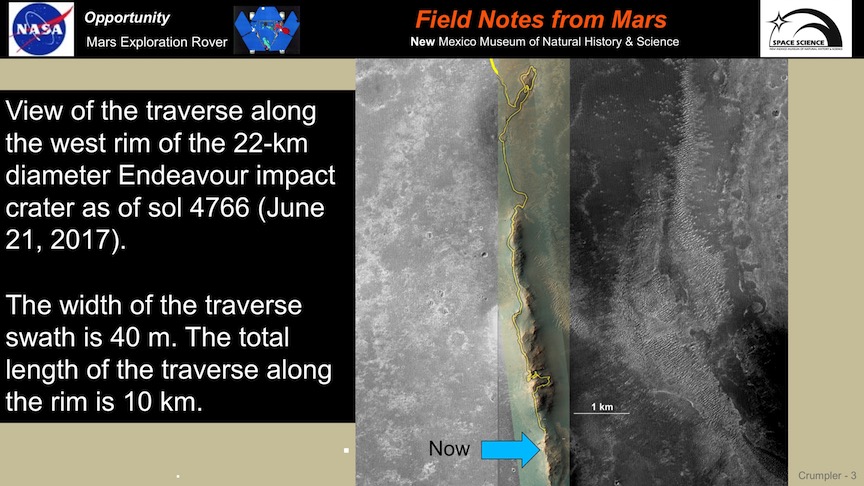 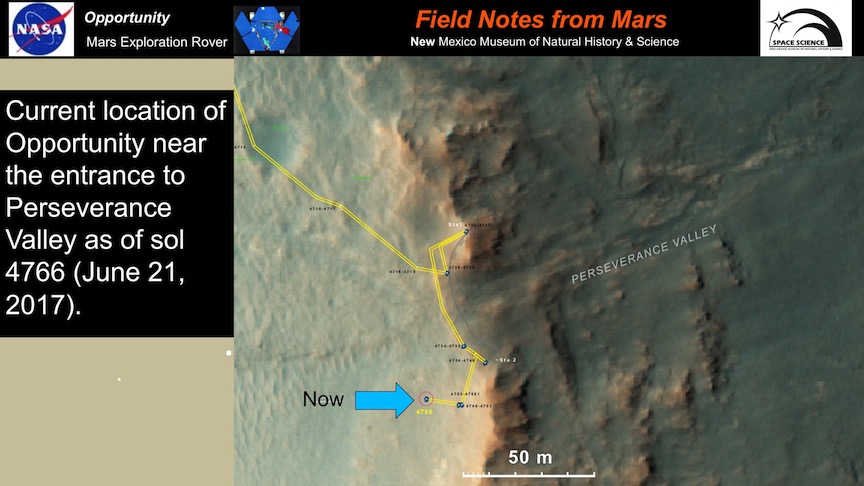 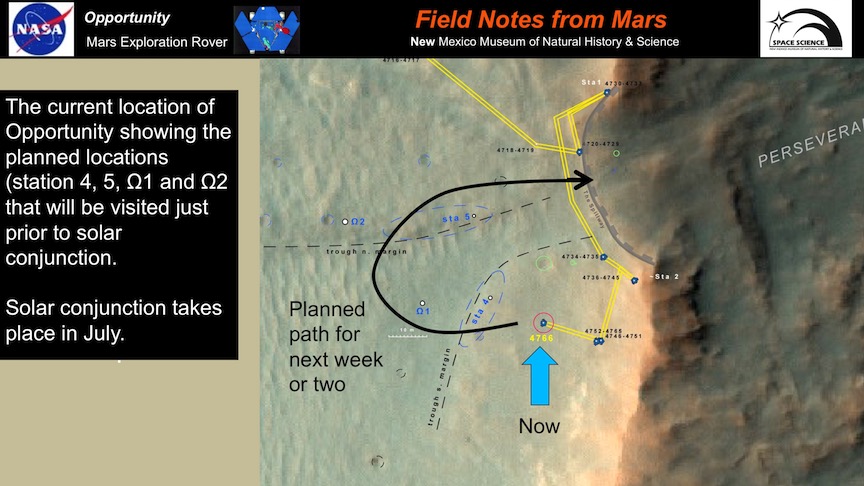 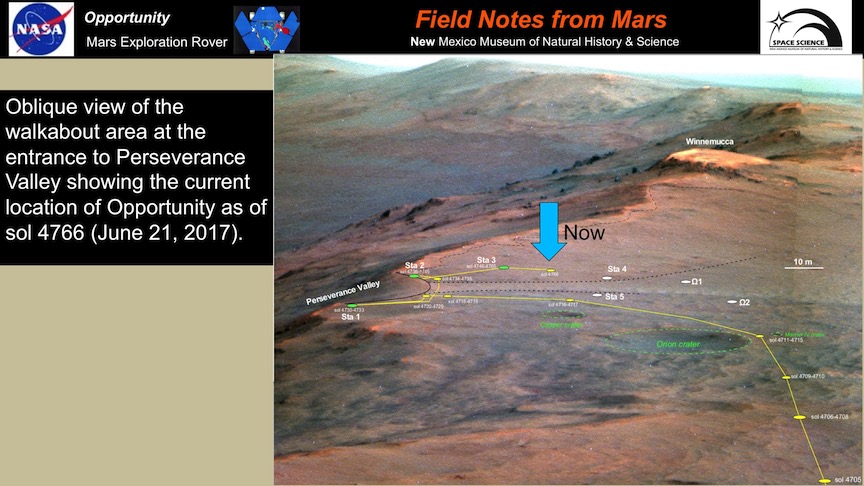 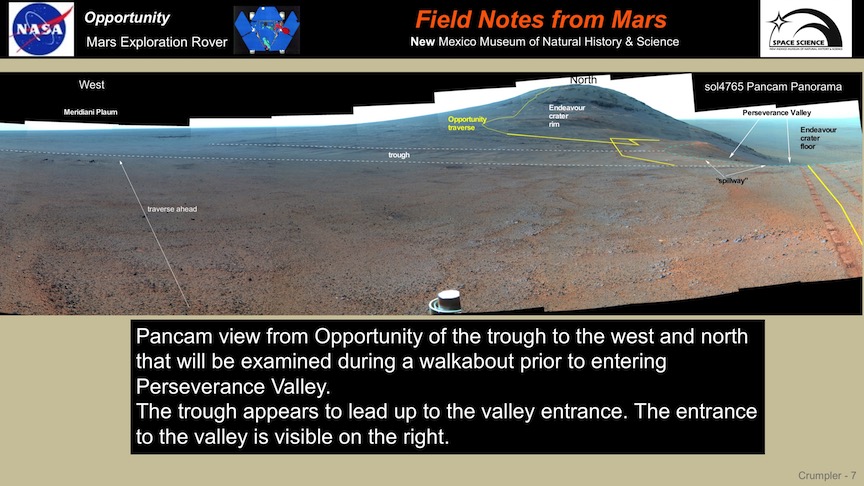 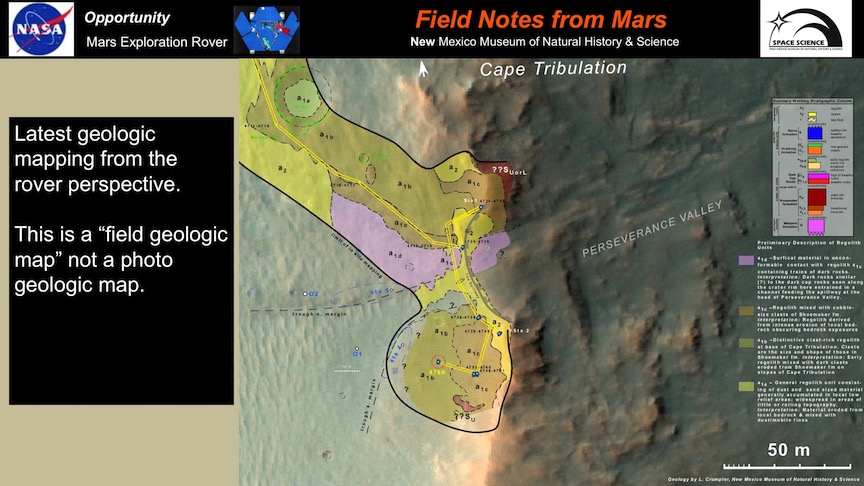 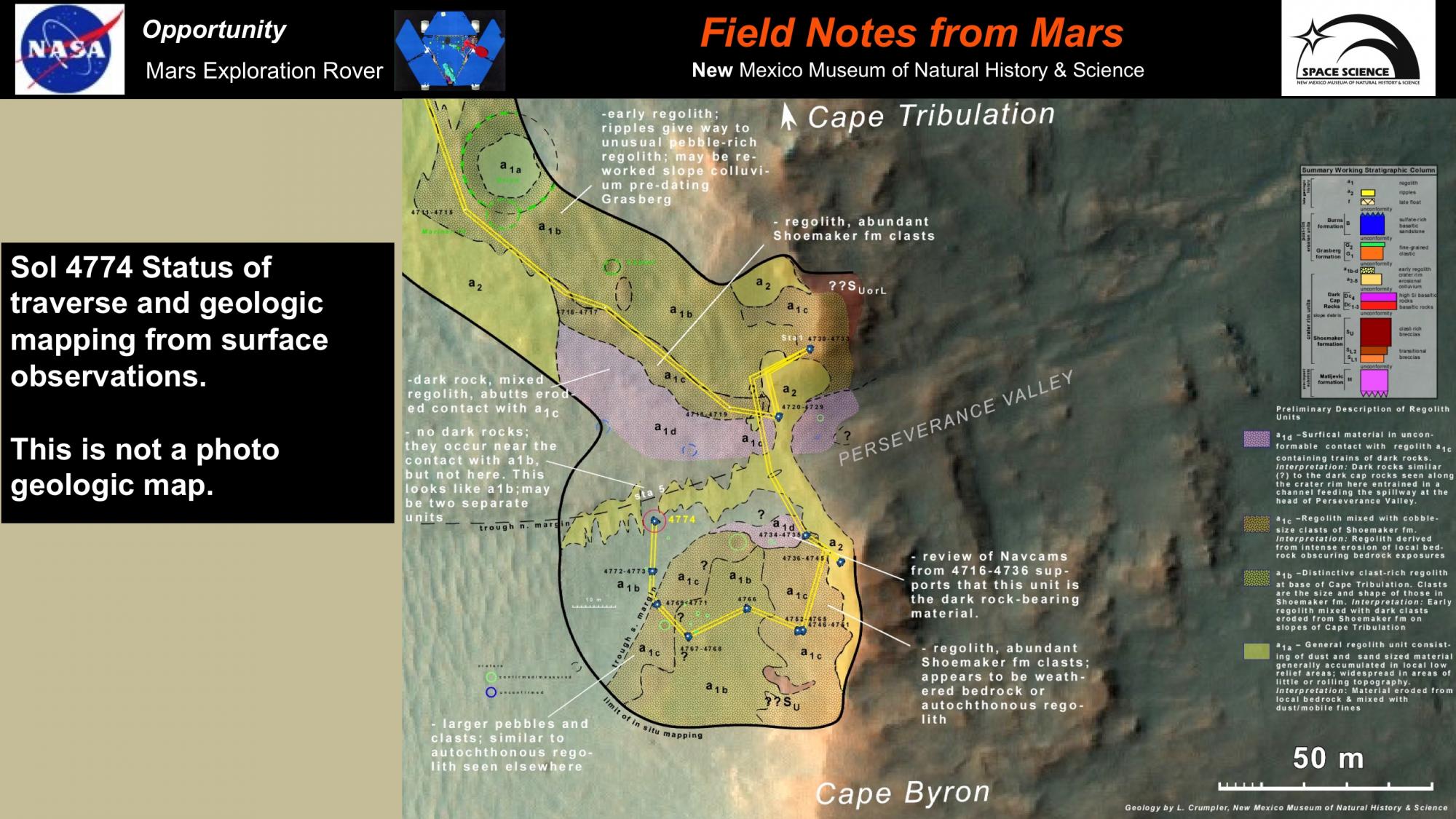