Opportunity is now  on the other side of the Sun and will remain out of contact for about two weeks. This happens every two years when Mars moves behind the Sun as seen from Earth and is called "solar conjunction." Essentially the Earth moves faster than Mars; the Earth moves to the side of the Sun opposite of Mars; and at that point Mars disappears behind the left edge of the solar disk until Earth moves far enough to see around the other side. Solar conjunction will last from June 3 to June 23 this year. That is sol 4038 to sol 4058 in rover times. During this time period Opportunity is given a list of activities to do...…while we here on Earth take a vacation! 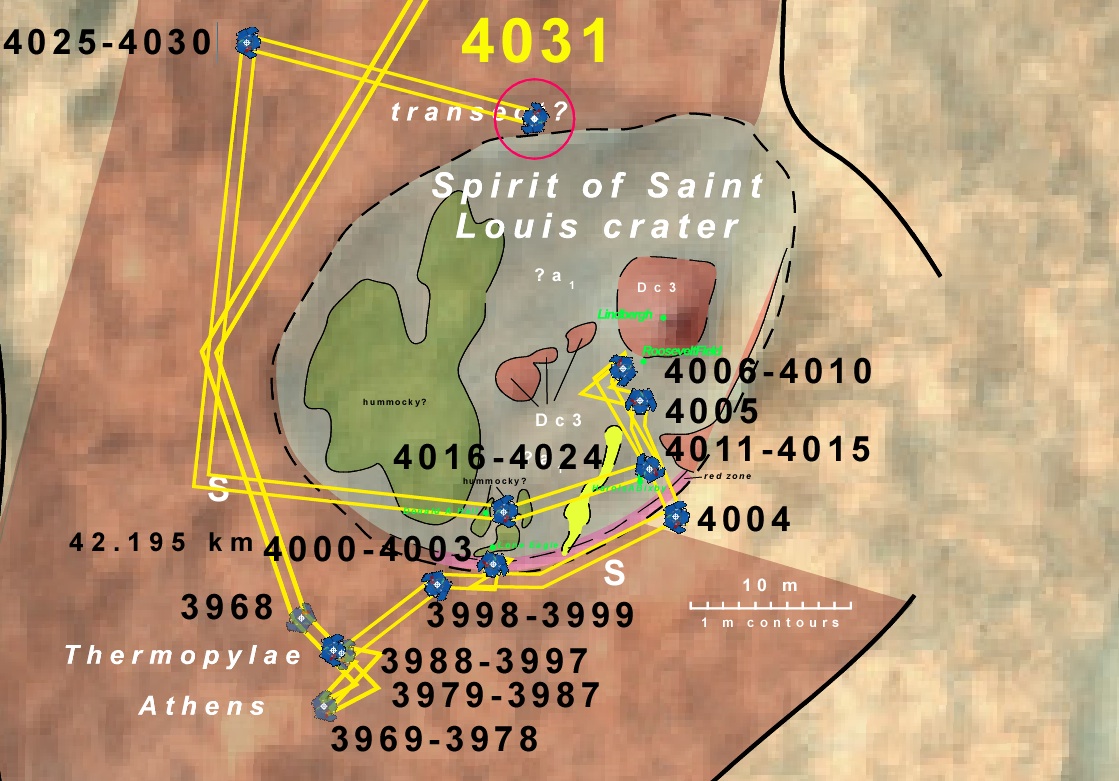 Here is my current preliminary geologic map showing Opportunity's path to the north edge of Spirit of St.Louis crater. We are nearly done. And as soon as solar conjunction is over we will head east into the head of Marathon Valley.

Above is a visualization of Opportunity using the Navcams from its current location to show what the surroundings look like. The colored area in front of the rover is the area that Opportunity is working on right now. It is sitting on the north edge of the odd Spirit of St. Louis crater finishing up investigating the crater. Over conjunction it will be working on a strange red-colored contact between the edge of the crater and the surrounding terrain. 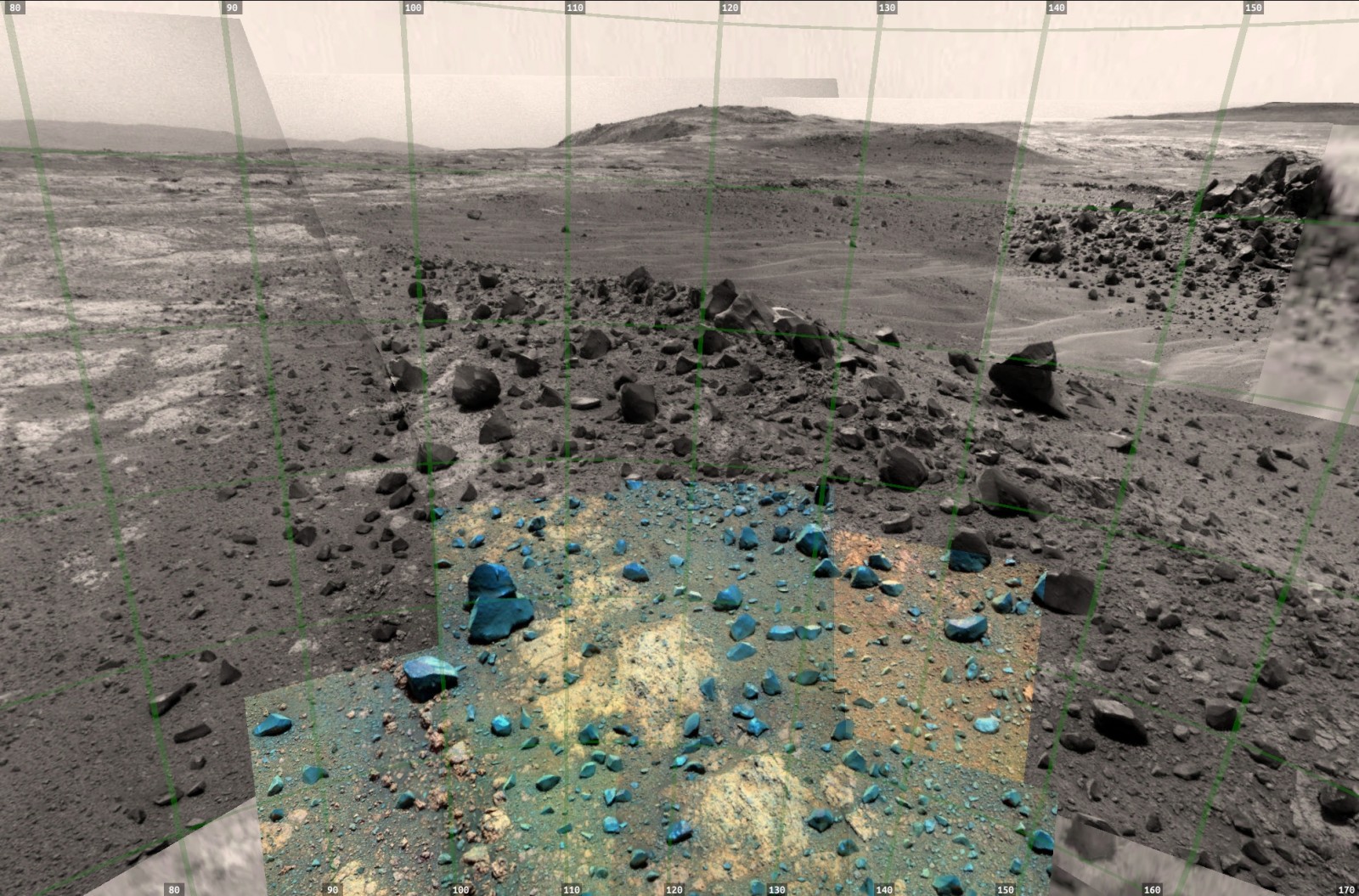 This is the view from Opportunity looking east. The pile of rocks on the right is inside Spirit iof St.Louis crater. If you look down there at the bottom of the image about where the azimuth indicates "100", we can see a group of rocks that are slightly redder (pinker) than the surroundings. This is actually part of a band that follows the margin of the crater. Red usually means more oxidized. We want to know why it is oxidized…if it is. So we will have Opportunity do a little examination of the rocks on either side as well as looking at the red zone itself. The blocky dark rocks are basaltic rocks. We don't know precisely how these rock got where they are, but suspect that some are debris "imported" as impact crater ejecta from a crater far away. They are similar in composition to many of the alkali basalts of New Mexico.

And this is a view in the direction that Opportunity will head after solar conjunction. Basically it will head east through a notch in the rim of Endeavour crater and drop over local horizon into the head of Marathon Valley. That is the far rim of Endeavour crater  22 kilometers away just beyond the local horizon. I placed a faintly visible marker on the local horizon (just above the tip of the antenna) that shows where we will likely be headed. Opportunity is looking straight at the marker in this image. Check ou the wild flagstone-like pavement on the left.

Meanwhile Opportunity is enjoying some personal quiet time alone on Mars, at least until June 23 when we start pestering her again.