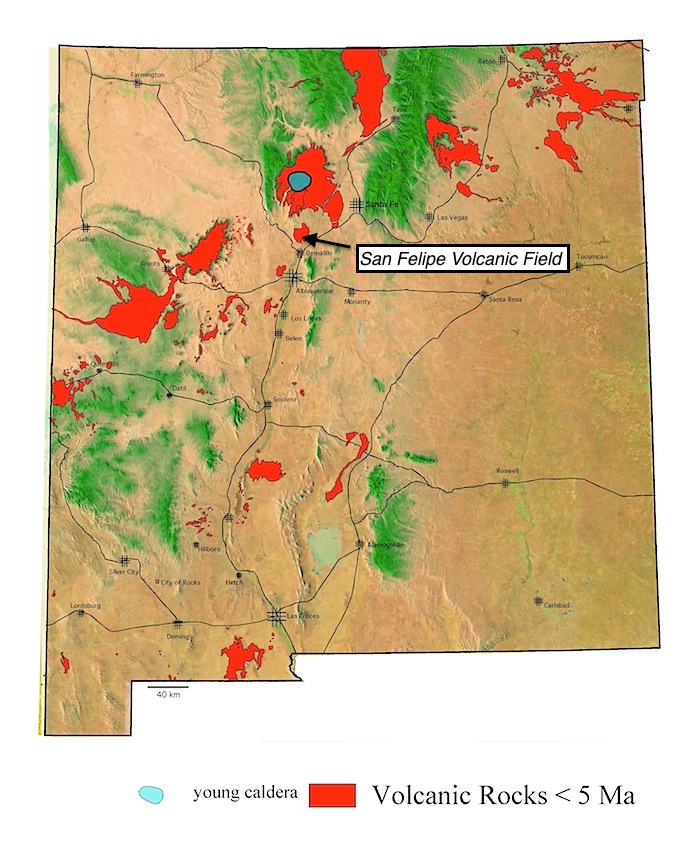 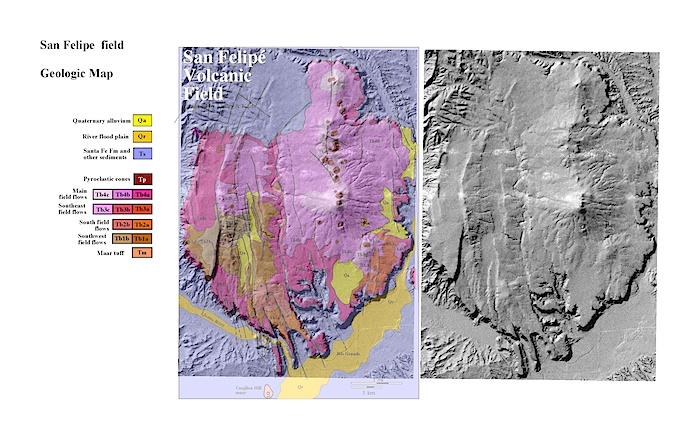 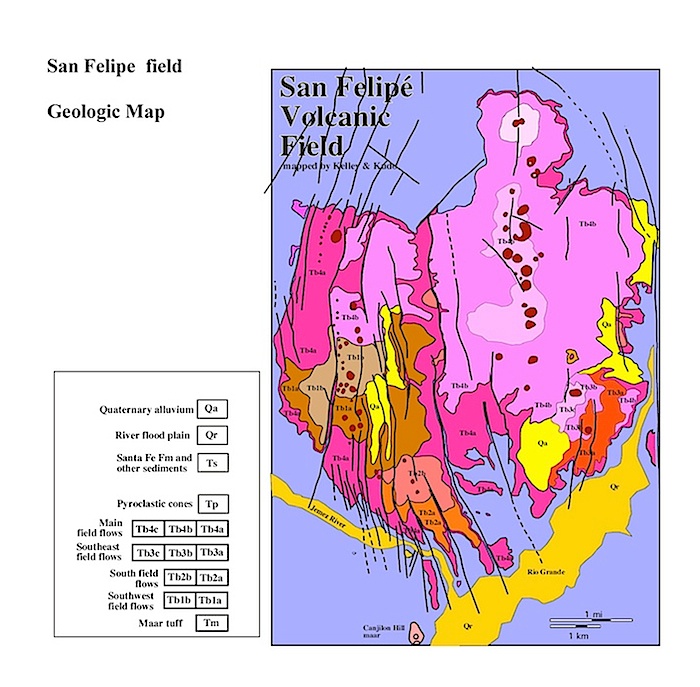 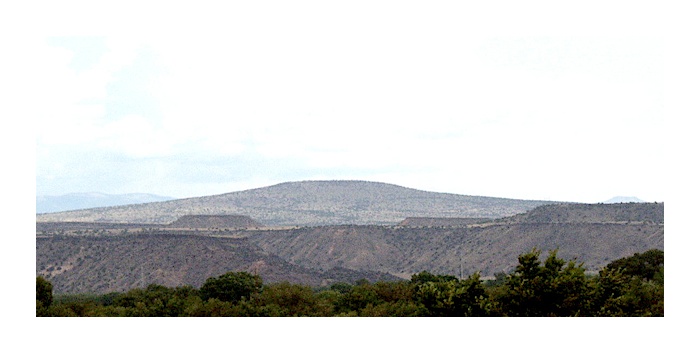 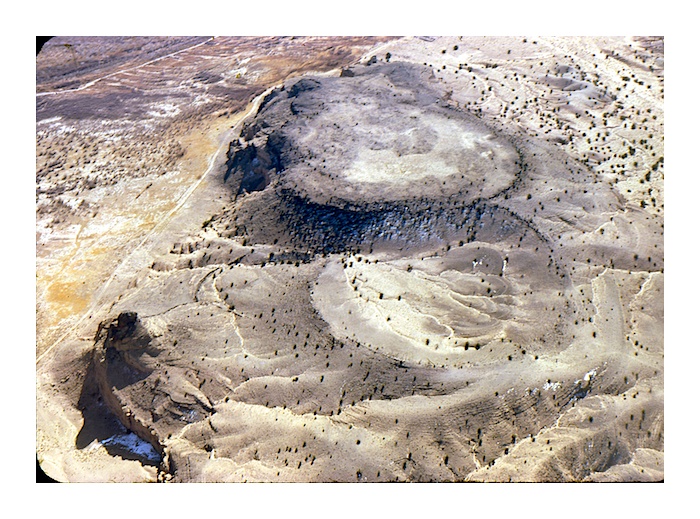 Canjilon Hill from the air is a partially dissected twin steam-blast explosion crater (maar) and represents the southern margin of the San Felipe field. It is one of the more unusual levels of exposure of a maar in the Southwest. Photo L. Crumpler 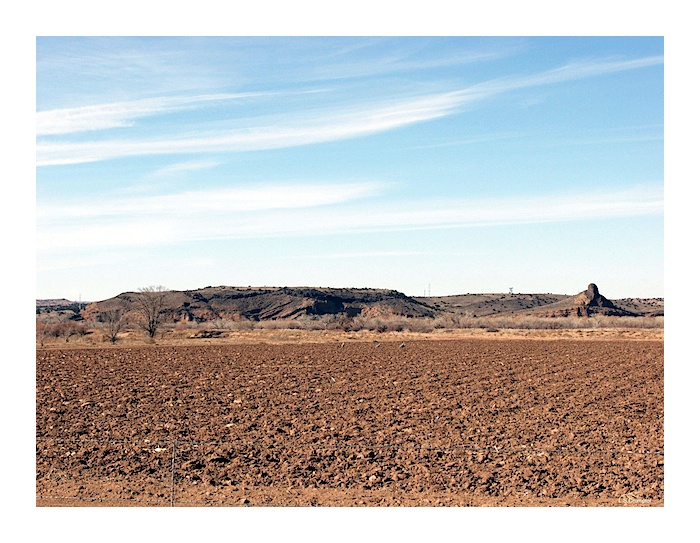 Canjilon Hill as seen from the highway near Bernalillo. From this angle it appears as a simple mesa. But actually it is a conical structural depression on an elevated platform that developed by erosion on the margins of the Rio Grande. Photo L. Crumpler

Volcanology [no modern volcanological studies have been completed]