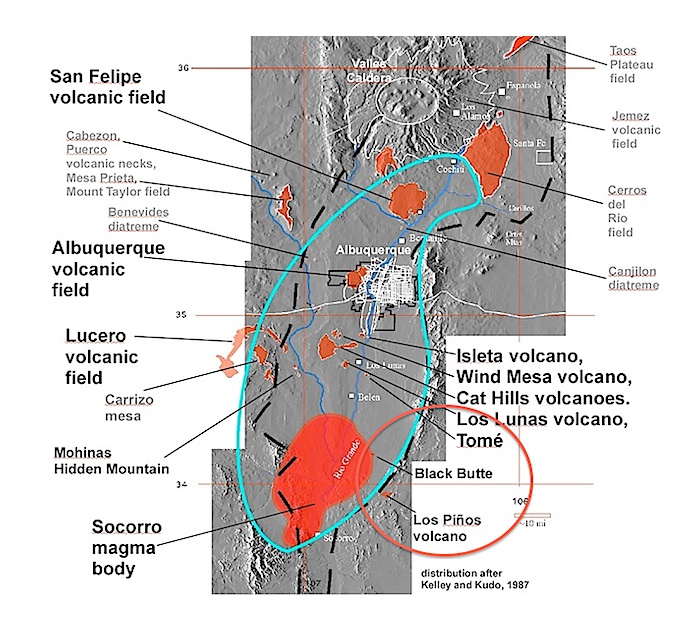 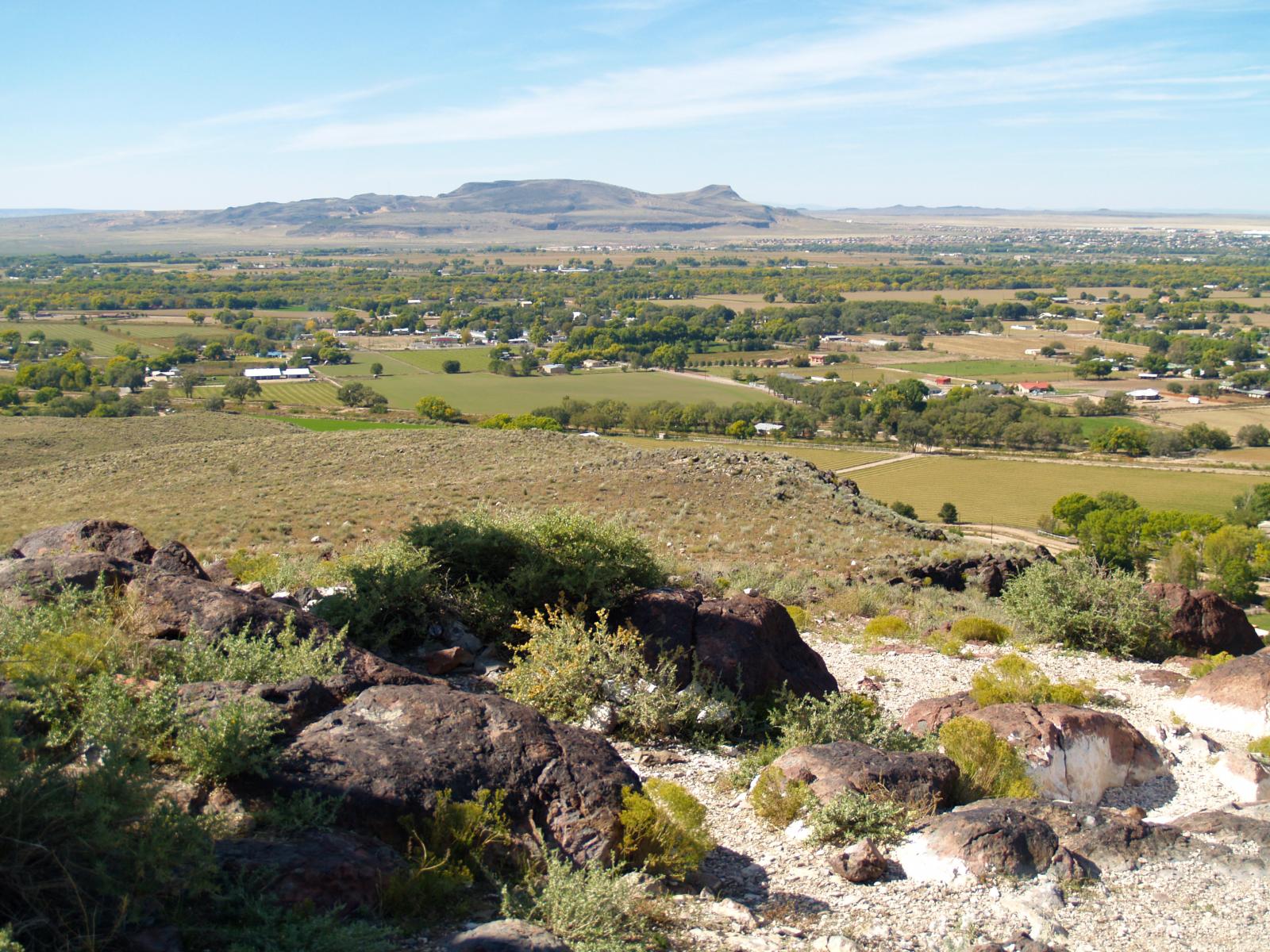 View west toward Los Lunas volcano from the summit of Tomé volcano. Los Lunas volcano is actually several separate volcanic eruption sites ranging from 3.5 to 1.2 Ma, the most recent eruptions forming the naturally half-sectioned scoria cone on the north end of the complex. The thick basaltic andesite lavs of the inetrmediate vent, dated at 2.5 Ma, form beautiful levees and a circular ponded mass on the east flanks. The basaltic andesite is similar to Tom´volcano, so there may be a genetic link. The Cat Hills volcanic field is on the horizon on the right. Photo by L. Crumpler. 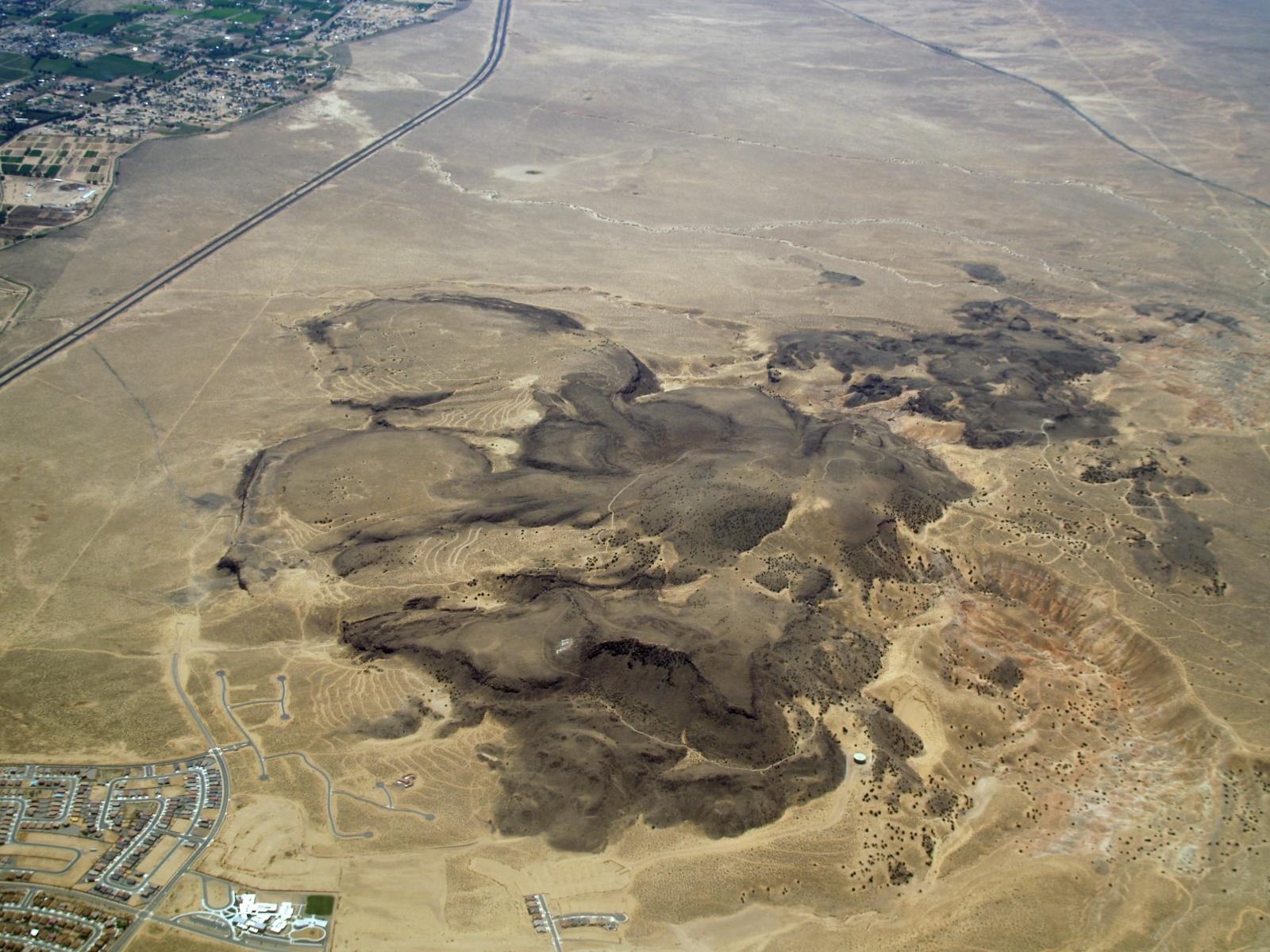 Aerial view of Los Lunas volcano directed southeast. The outcrops on the near end are exposures of the near summit flank of a scoria cone naturally sectioned by landslip on the north flank of the complex. Note the very circular ponding of basaltic andesite flows on the volcano's east flank.  I-25 is in the upper left of the image. Photo by L. Crumpler 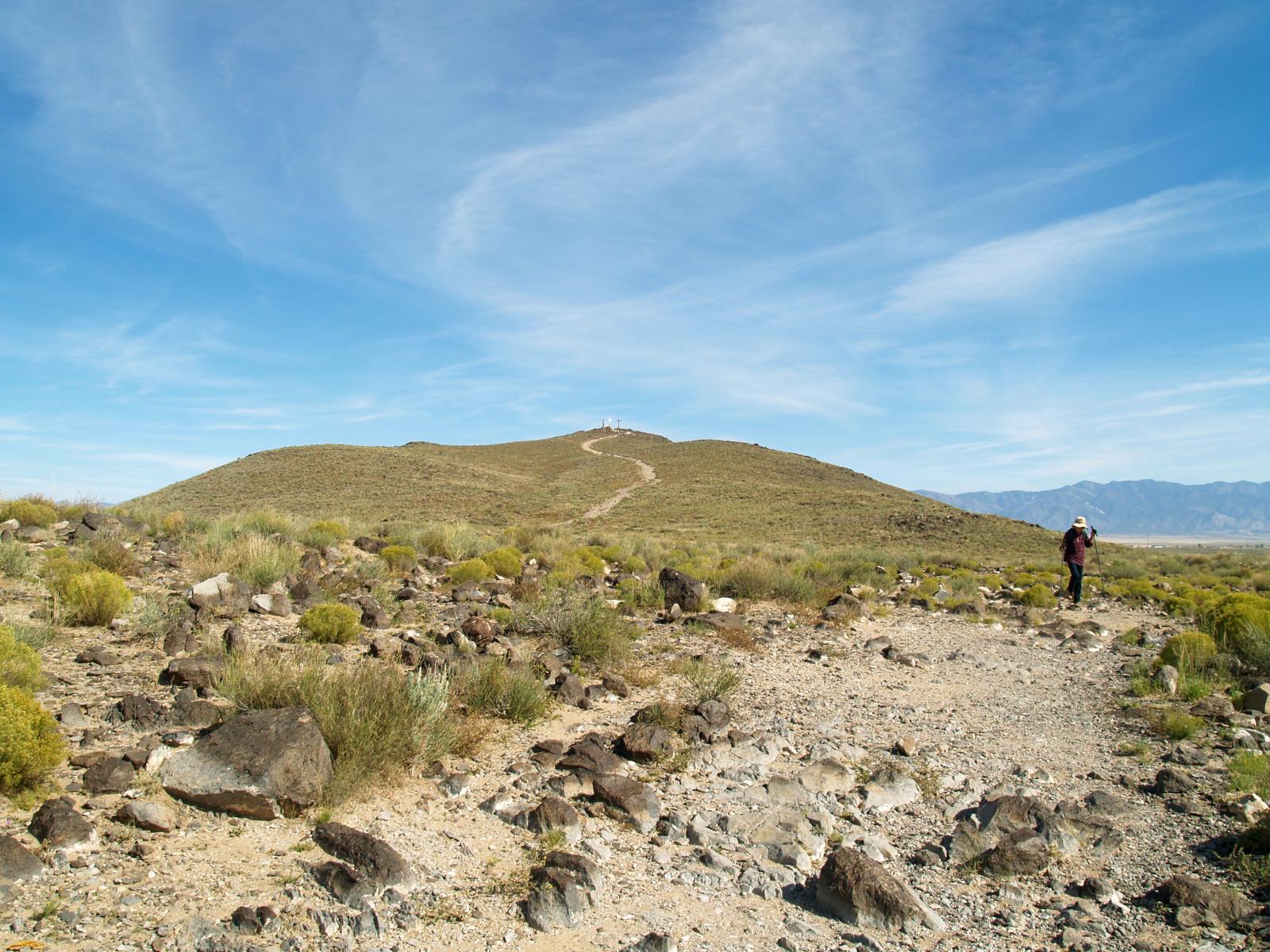 Tomé volcano is a mass of basaltic andesite. Local scoria and inward-dipping foliations are interpreted to represent shallow to shurface expressions of a volcanic vent and associated thick andesitic lava flows. Tomé volcano is dated at 3.5 Ma. It is the site of an annual Easter Sunday pilgrimage and an historical named site along the El Camino Real de la Tierra Adentro.

Black Butte, located in the southern part of the Albuquerque-Belen basin of the Rio Grande rift is actually much older than it appears (24.3 Ma). It is probably a typical early rift basaltic andesite near-surface intrucive, or it could be a severely eroded surface flow. From a distance it appears to be a nice, young cinder cone, but up close it is clear that Black Butte consists entirely of dense basaltic abdesite outcrops. Photo by L. Crumpler