Sol 3219-3226 - Opportunity completed the observations of the outcrop noted in the last report above and has now moved back down slope. We acquired a good Pancam color image of the outcrop before Opportunity moved.  It appears to be a breccia, as we expected. But we wanted to see if we could find the contact between this breccia and the relatively smooth and featureless outcrops that we are seeing down slope. The breccia is no surprise since, in this setting which is on the rim of an impact crater (the size of the Valles Caldera in New Mexico), this outcrop probably consists of broken rocks from the crater ejecta. The target name is “Maley.” 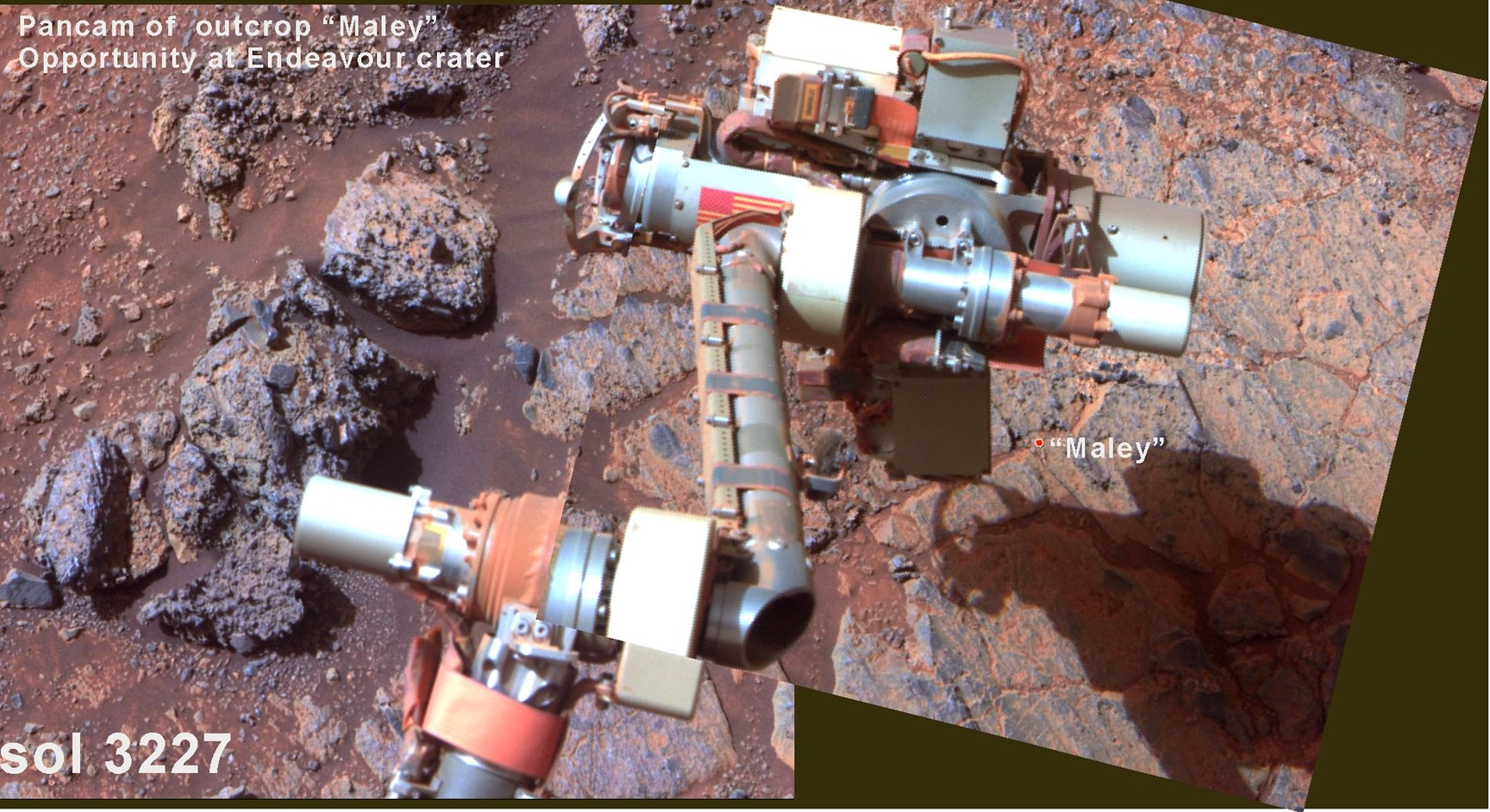 Sol 3227 to tosol* (3236) - After Opportunity finished analyzing this outcrop we began the process of leaving Cape York/Matijevic Hill by heading east, down slope. We wanted to visit a peculiar area where the outcrops appear to be a “boxwork” of vein-like areas enclosing what appear to be relatively unaffected core stones. This sort of outcrop is common in tropical weathered rocks on Earth. But on Mars, well it may indicate that there was a lot of water somewhere along the line! But we want to get a good handle of these features, including any obvious alteration, before we depart. These types of slugging observations are how science build up a story about what happened in the geological past. We are putting together a picture of a Mars that you may not recognize.

After we finish up on this target over the next sol, we will start driving south. But we will do one final stop at the strange outcrop of “newberries”. We have one more trick to try on these to see if we can figure out the composition. That activity will occupy the next few sols. 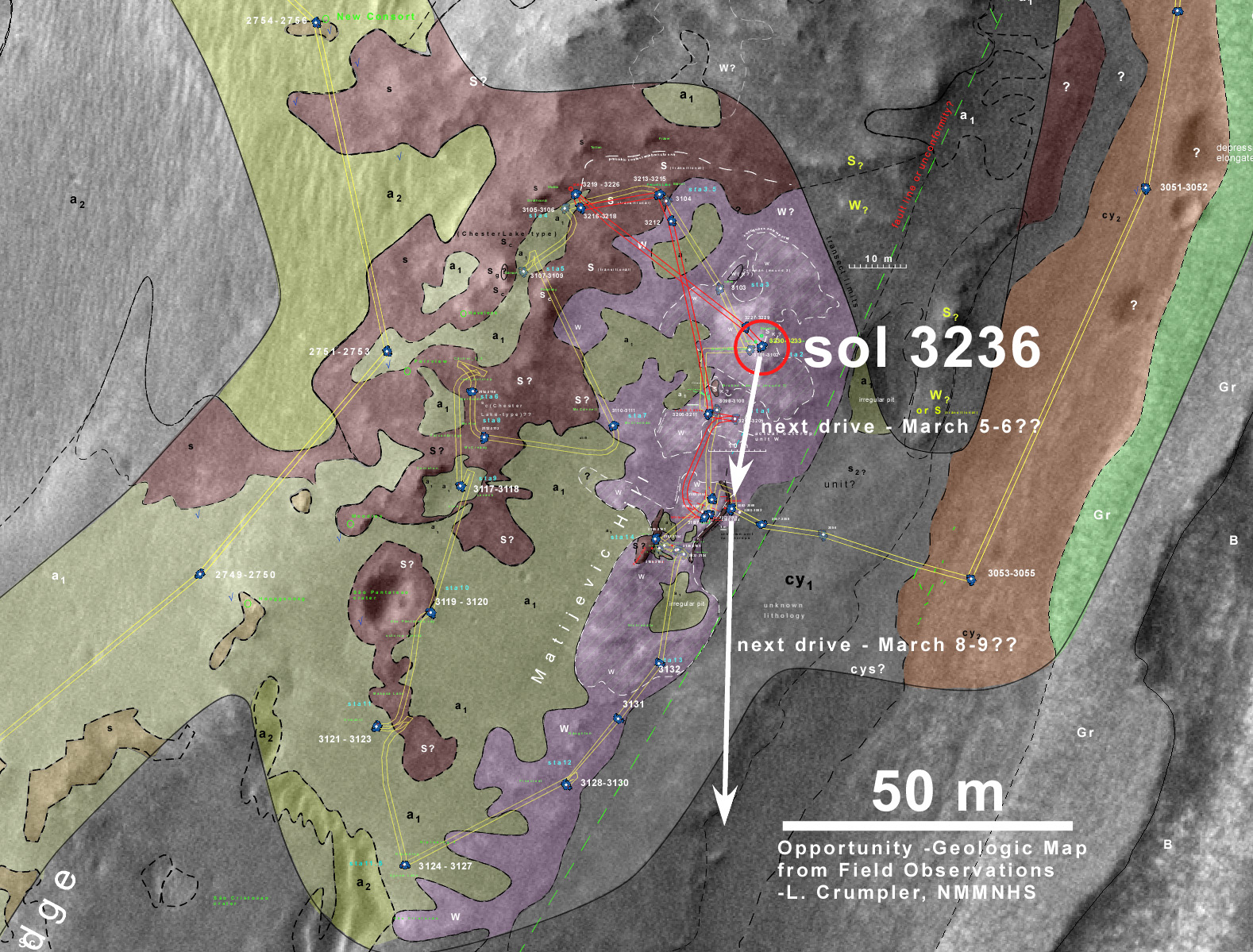 Target name at the current locatio of Opportuity is “Lihir.” You can see that the boxwork structure is somewhat lighter colored. 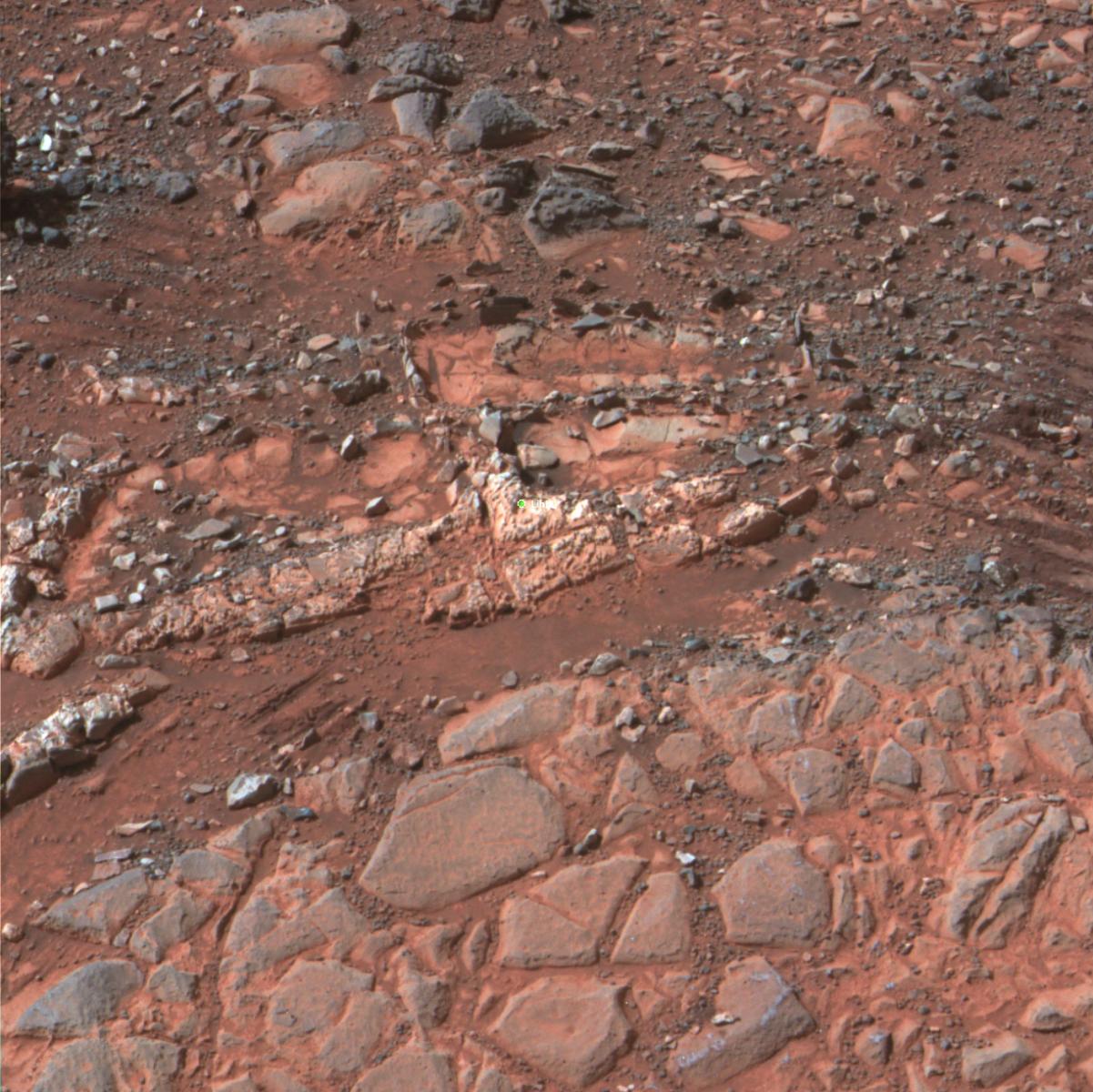 Road trip! Then, hopefully in the coming week, we will start the major 2 km-plus journey south. We need to be at Solander Point, the next big mountain on the rim of Endeavour crater, by August 1 in order to set up for winter.

Here what the nominal traverse plan looks like. This will change but not by much. Opportunity will be exposed to the mercy of storms and unforeseen events as it makes this dangerous crossing. And there are almost no “bail-out” points along the way. Stay tuned.